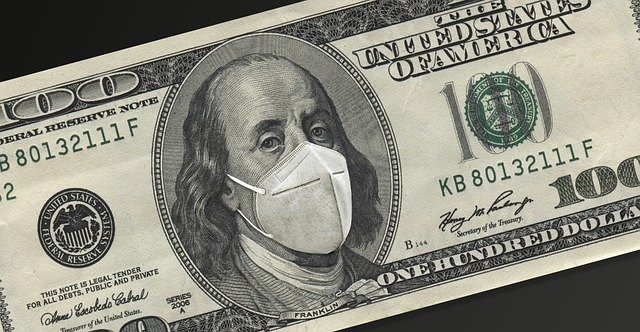 The Half-full Glass of the Pandemic Economy

As I set to writing this week’s installment of TRUTH: In 1000 Words or Lessabout the economic impacts of the coronavirus pandemic, I thought that I should ask my readers which they wanted to hear first: the good news or the bad news. For when it comes to analyzing the current state of the economy, it really is a tale of two cities. “It was the best of times; it was the worst of times.” Only, as I am sure you can probably guess, it is also a story about the rich getting richer and the poor just getting plain ass broke.

For some, the economic pain of lockdowns and shuttered businesses throughout the nation have been relatively minor. Their jobs have been maintained throughout the past year, often with the added bonus of now working remotely, though sharing their office with an ornery teenager doing online learning may preclude the option of pantless meetings. I, for one, have done just fine over the past several months, but that’s because I make my living selling meth to children, and let’s face it, my business has been booming, though not as much as Jeff Bezos’s. That walking conglomerate now officially owns half the planet. Ok, that’s a slight exaggeration, but the top 1% together do. And for them, the pandemic hasn’t hurt a bit.

In case you didn’t hear Trump crowing about it in between hysterical rants about voter fraud, the Dow Jones recently surpassed the elusive 30,000 mark. If that sounds like a lot, that’s because it is. Meanwhile, spending on consumer goods rose 7.2% from January through September, and home prices rose 5.6% during 2020. For those folks who still had jobs throughout the entirety of 2020, they had extra money in their pockets that they weren’t spending on dining out, kids’ activities, vacations, strippers, etc. You know, the service industry. Which brings us to the other side of the equation.

Because for all that relatively rosy economic data, there is a whole other side to the current economic forecast. While we have made back about 12 million of the 22 million jobs initially lost during the pandemic, we are still at record levels of unemployment. Where have all these jobs been lost? Of those 10 million lost jobs that haven’t come back, 9 million of them have been in the service industry as restaurants, gyms, and entertainment options have all been forced to close their doors or greatly reduce their capacity for much or all of the duration of the pandemic. Many of these businesses won’t be coming back. As compared to the rise in spending on goods, consumer spending on services has seen a 6.1% decline since the start of the pandemic. Over 17% of restaurants have flipped over their open sign for the very last time as owners succumb to the mounting pressures of lost revenue. The travel and vacation industries have come to a virtual standstill as resort locations shutter down amidst mandatory protocols and regulations. And with all these businesses go the millions of jobs that were dependent upon them.

According to most estimates, over 12 million people are set to see their unemployment benefits expire by the end of the year. What do you think is going to happen with these people? There is no amount of stimulus money that is going to pay these folks’ rent, and rent and mortgage forgivenance can’t be extended in perpetuity. We are set to see a mass exodus into the depths of homelessness like we have not witnessed since the Great Depression, as millions of families are evicted or foreclosed on in the weight of accumulating bills they simply don’t have the money to pay.

So I guess how you view the ramifications of the Covid economy depend on where you fall along that spectrum. If you’re a service industry employee who lost your job months ago, you are hoping for a Christmas miracle as you hang on tenuously to your current abode. But if you have some money in the stock market, things are great, and hey, your buying power has never been better. But perhaps things are not quite that simple.

No, perhaps we are all just a bit more interdependent than those numbers might suggest. You see, when those unfortunate folks start defaulting on their mortgages, apartment buildings start lying vacant, and consumer spending dries up dramatically, the rest of us might just start sharing their pain. Think of it as the counter-positive argument for trickle-up economics. As the lower classes struggle even further, their economic burden cannot help but reverberate further up the socioeconomic hierarchy, sending catastrophic shock waves rippling through the entire economic structure from Wall Street to Main Street and beyond. It is imperative that we recognize the full interconnectedness of our economy and make brave efforts to invest in the people who need it most during the crushing weight of the current recession. Failing to do so, we may just find that the glass half-full economy we are looking at today goes crashing to the floor tomorrow.