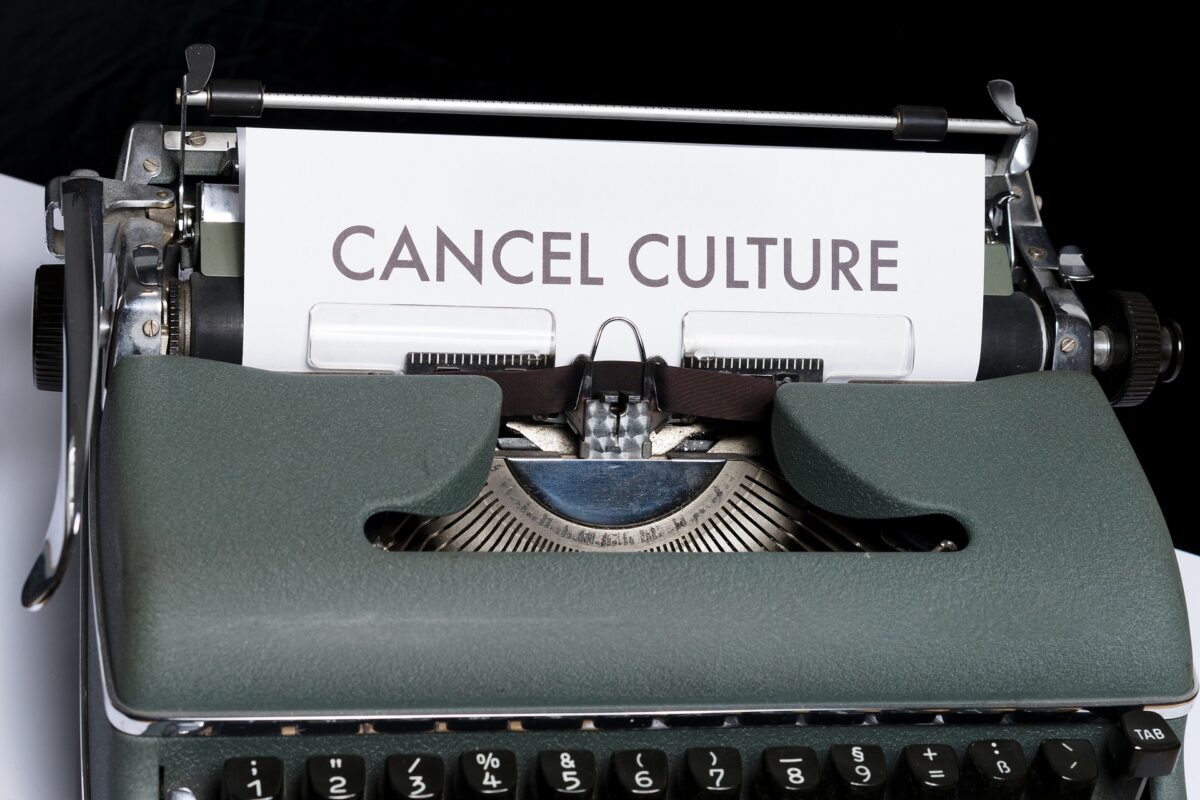 What do the following people have in common?  Noam Chomsky, Gloria Steinem, JK Rowling, Salman Rushdie, Margaret Atwood, Garry Kasparov and Malcolm Gladwell.  Your initial response might have something to do with the fact that they are all “wicked smaht” as we used to say back in Boston.  And while I have not researched the specific political affiliation of each of these individuals specifically, I think it would also probably be safe to deduce that each of them has at least some progressive political leanings.  But in this case, that is not quite the answer we were looking for.  You see, each of them recently signed a petition that has been generating quite the buzz around the interwebs.  So just what issue brought about the consensus of these brilliant minds?  The ever-increasing and widening scope of cancel culture.

And just what is cancel culture, you ask?  Cancel culture is the rising tendency in our culture to use tactics such as public shaming via social media or boycotting in order to “cancel”, and thus relegate to the public dump heap of ignominy, someone out who has been deemed to have said something offensive or discriminatory.  Cancel culture has become far more pervasive with the advent of the internet, growing particularly common in recent years, and the far-reaching impact of these responses to moral judgment can have devastating professional and personal consequences for the targets of this practice.  The letter signed by over 150 modern intellectuals denounces “a vogue for public shaming and ostracism” and “a blinding moral certainty”.  The petition goes on to say that “it is now all too common to hear calls for swift and severe retribution in response to perceived transgressions of speech and thought.”  The basic idea is that if the public lynch mob finds your views offensive or intolerant, they will rain hellfire down upon you and smote thee with the wrath of an angry god.  And thus we get to the heart of free speech.

Now let’s be clear up front that we are talking about ostracizing folks based upon speech and thought, not behavior that crosses social boundaries or expectations.  We’re not sticking up for Bill Cosby or Harvey Weinstein here.  Even I’m not that brave (or morally decrepit for that matter).  Rather, we are talking about people being condemned for viewpoints that run counter to what is generally considered to be part of the liberal ideology, notions such as tolerance and equality for all people regardless of race, color, gender, or sexual orientation.  We are talking about JK Rowling’s own fan club speaking out against and distancing themselves from her after she made what hey deemed to be offensive comments about the transgender community.  It is Rosanne Barr being thrown off the television show that still bore her name after her departure after she made racist remarks.  And it is Shane Gillis losing his job on Saturday Night Live before even getting to appear on the show.

Now just why are a group of left-leaning intellectuals speaking out to protect folks who are spewing out intolerant and potentially discriminatory viewpoints?  Because they get that protecting free speech doesn’t just come in rallying around the people with viewpoints you agree with.  It comes in defending the words and ideology of those you find most offensive.  That is the true essence of free speech.  And in the end, that central value of liberal ideology must trump all others if we are to move forward as a society.  We cannot be intolerant of intolerance.

Take for example the June 3rd op ed piece Senator Tom Cotton wrote for the New York Times.  This walking Xanex pill who apparently isn’t even woke enough to get the irony of his own last name, recently proclaimed slavery a “necessary evil” and denounced the 1619 Project which aims to teach the negative cultural impact of slavery as it sill reverberates in our society today.  In his column for the Times, Cotton advocated for sending in military troops to be used against our own American citizens in order to quell the otherwise peaceful BLM protests.  Needless to say given the ground swell of public support for the BLM movement and the protestors, Cotton’s was not a popular sentiment, and I, among many, find his article to be narrow-minded, bigoted, and deleterious to the fabric of American society.  But I will still defend that shit because that is what free speech is all about.

The editor that published that piece was subsequently fired for granting Cotton the forum to espouse his racist views.  But should they have been?  While we do not necessarily need to grant Cotton a platform on which to stand and trumpet his hateful ideology,  (after all, unless I keep missing their phone call while I’m out, the NYT isn’t soliciting each and every one of us to spout our viewpoints in their fabled newspaper), the editor that did so was creating a space for dissenting opinions, and that, my friends, should be celebrated.  It is only through an open discussion of these ideas that we can parse out the bullshit and find the truth for ourselves.  Shunning others with viewpoints different than ourselves leads to a rigid adherence to a strict moral code that flies in the face of open-minded thinking.

And after all, isn’t that what liberalism is supposed to be all about?  Progressives often purport to be on the side of valuing difference and fighting against intolerance, but isn’t silencing those who disagree with you its own form of intolerance?  And while, it is assholes like Tom Cotton that prove the ultimate test of that principle, we cannot squelch dissenting opinions that we find objectionable lest we violate our own values and become the discriminating arbiters of acceptable social values.  Instead, we have to allow these people their voice and trust in the American populace to know an asshole when they see one.