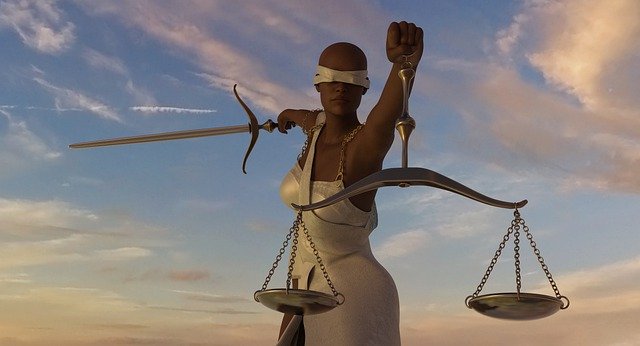 Raise your hand if you were caught by surprise when Supreme Court Justice Stephen Breyer announced his retirement a couple weeks back.  Yeah, that’s what I thought.  If you couldn’t see this coming, you must have Coke bottle lenses for glasses, yet somehow dropped them down a bottomless well shortly before this all went down.  You were probably utterly shocked when Michael Jackson was accused of inappropriate relationships with minors.  Because this news really shouldn’t have surprised anyone.  Breyer is, after all, 83 years old, and Democrats have been pushing hard for him to retire since the moment Biden was sworn into the Oval Office.  Burned by the duplicity of Republicans who refused to even hear a nomination for Merrick Garland with almost a full year left in Obama’s second term but were only too willing to fill the seat created by RBG’s passing with only days left in Trump’s presidency, Democrats knew they needed to fill Breyer’s potential seat while they still had the votes to get his successor confirmed, thus maintaining the already vastly disproportionate liberal representation on the Supreme Court.  Given that conservatives currently hold a 6-3 super majority on the highest court in the land despite winning the popular vote in only one presidential election since 1988, Democrats could not afford to see yet another champion of the underprivileged and marginalized go sailing off into the sunset only to be replaced by yet another neo-conservative hellbent on undoing their very legacy.  Rumor has it that Obama urged RGB to retire during his presidency for just the same reason, so it is hardly remarkable that Democrats pressured Breyer to step down while they still had the chance to replace him.  But what did surprise me was what Biden said about selecting his successor. And the fact that I had to agree with Ted Cruz’s criticism.

Holding true to a campaign promise he reiterated throughout his presidential campaign, Biden has since avowed to name a black woman to the Supreme Court.  Now, that in and of itself is not what took me aback.  No black woman has ever served on the court, and only two black men have ever been confirmed.  In fact, of the 115 justice named to the Supreme Court 108 of them have been white men.  So yeah, you better believe it’s about time to get a little color in there to more accurately reflect the demographics of the country we all share.  And heck, why not throw a little vagina in there for good measure.  Even Lindsay Graham has recently come out (no pun intended, though probably deserved) in support of naming a black woman to the court, and Graham is so patently white that he even gives albinos the creeps.  Yes, having a black woman serve on the Supreme Court is long overdue and very much needed, but that doesn’t mean Biden should go around saying it.

Now, what I mean by that is that Biden should simply select a black woman because that is the right thing to do but keep his mouth shut about either of those characteristics somehow being qualifications for his nominee.  Ted Cruz has come out and suggested Biden limiting his search to black women is “offensive”, and to be honest, he is right.  Not because it is offensive to white people or men.  Screw them- they’ve had more than their fair share of opportunity being thrown their way.  Nor because it is offensive to the American public.  The American people deserve a Supreme Court that reflects who they are, and given that less than 6% of Supreme Court justices have been either a minority or a woman, the representation of the those two demographics of our society is notably wanting and is an insult to the progress of all women and minorities in our society.  Rather, Biden’s stipulations that his nominee must be a black woman is an insult to the Justice he inevitably selects.

By placing those constraints of gender and ethnicity on his choice, Biden is inherently minimizing their  other qualifications.  Instead of suggesting that he is choosing the absolute best person with unmitigated aptitude and competence, his comments indicate that his nominee will simply be the preeminent BLACK WOMAN.  If Biden had instead just come out and said that he was going to opt for the best candidate regardless of race, gender, etc., his selection of a black woman would carry more weight by indicating that whatever black woman he chooses is the best person for the job, a profound statement given the long, unfortunate track record of Supreme Court justices.  By limiting his options to people who are black and female, he is undercutting the potential impact he could have in addressing the racial and gender inequities that continue to plague our nation, especially at the highest levels of government.  No longer will the American public view his nominee as the best candidate for the job; they will see her as the best black woman for the job, when it is just the fact that she is actually both of those things that could make real in-roads to the future progress of black women within the legal field.

Sometimes affirmative action is not so affirmative.  Instead its well-intended consequences only stand to undercut the abilities and qualifications of the individuals and communities it is meant to serve.  It sends a subtle, unconscious message that those communities cannot compete on an even playing field, perpetuating the very bias of them being “lesser” that serves as the faulty foundation of these prejudices in the first place.  Yes, we need to start by leveling that proverbial playing field through equal education and vocational opportunities for all because everything we know about our society says that simply isn’t the case.  But when we come right out and say that we are giving preferential treatment or consideration, we are only further undermining the rosy-eyed optimism of achieving racial and gender equity for all.