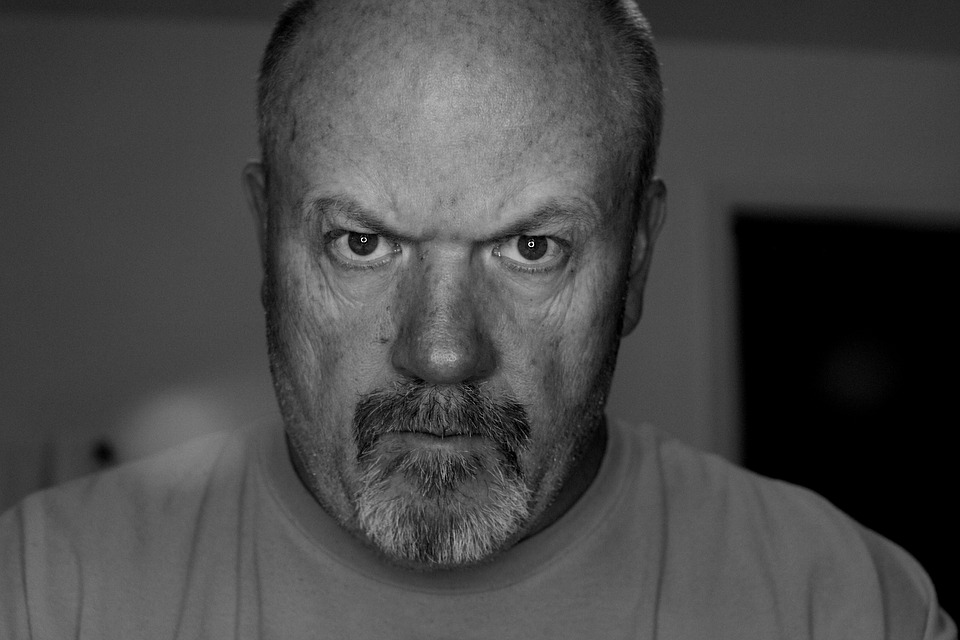 As I watched the election results roll in the other night, I thought to myself, You know, there sure are a lot of angry white men in this country. Admittedly, that thought was soon followed by, I think tonight is Taco Tuesday, so I am not sure how much credence you should be putting into my thinking at this particular juncture, but I do believe the first observation bears some consideration. After all, who are all these angry white men and why do they all seem more intensely irate than a rabid raccoon being forcibly removed from a steaming pile of trash? Now I know what you’re thinking: Why should I give a damn about a bunch of overly entitled MAGA hat wearers whose racial and gender demographics have granted them an inherently undeserved and inequitable privilege throughout most of the course of human history? Well, because, like the rabid raccoon, we need to start addressing this situation before it comes back to bite us in the ass.

So just what is that is making these white men so darn pissed? Well, right now it seems that it all comes down to wokeism and the teaching of critical race theory. Much of the rhetoric surrounding both the New Jersey and Virginia gubernatorial races centered around this issue and the impact these folks felt teaching American schoolchildren about the ravaging impacts of slavery would have on the fabric of American society. Within the context of their perspective, America as they know it is under attack from the liberal propagandists who want to re-shape this country into some sort of free-lovin’, socialist hippie commune. Furthermore, they have watched as people who share their worldview have been “cancelled” and labeled as intolerant, racially-insensitive bigots. They point to the removal of everything from Dr. Seuss to the Muppets and suggest that liberal America is after them.

And to some degree, they are correct. They are under attack. Do you know the one group you can still get away with making fun of or openly denigrating these days? White men. Want me to prove my point? If I said (and please trust me, I am most definitely not stupid enough to say this), “We all know that men are nothing more than universal sex addicts who routinely victimize women, but hey, at least we don’t get moody one week a month”, I would not hear one peep about the way I characterized men in the first half of that sentence. Not one. But you damn well better believe that I would have a veritable barrage of complaints about my comments regarding women’s menstrual cycle, even though they are nowhere near as genuinely derogatory or inflammatory as what I said about men. You hear comedians joke about white people all the time: how we dance, how we talk, how we make love. You can say whatever you want about white people, and no one will bat an eye. But make any stereotypical remark you want about people from any other ethnic group, and you will endure the eternal hellfire of modern cancel culture. I understand that this is where we stand because of the long history of social and racial injustice throughout our nation’s long history, but we would be remiss to not see why this is leading to white men feeling like they have become the marginalized and victimized in a world that has turned against them.

Because while we may refuse to recognize and accept how we are becoming the unwitting accomplices to their rage, you know who doesn’t shy away from it? Fox News and all the other right-leaning propaganda machines that are stirring this foment into political action. They use this divisiveness as the red herring that belies their true purpose: an economic agenda that is directly contradictory to the actual self-interest of the people they are peddling it to.

Have you seen the folks that attend Trump’s rallies or storm the Capitol believing that he has given them veiled marching orders to take down democracy in his beloved name? These are not exactly the top-end wage earners who would be impacted by any of the tax hikes on billionaires that Biden and other Democrats have proposed as a way to pay for the beleaguered infrastructure bill. In fact, Biden has been quite clear: people earning less than $250k a year will see no increase in their taxes as a means to financing this legislation. And yet, these will be the exact folks who reap the benefits of better roads, paid family leave, infrastructure redevelopment jobs, etc. Meanwhile, Trump spent most of his legislative muster passing tax credits that went disproportionately to his billionaire buddies: you know, the people that are not them. Fox News and other right wing media outlets hook their viewers with a pent up frustration as their way of life and worldview come under attack and then manipulate that anger into support for an elitist financial agenda that only serves to further undermine their pragmatic day-to-day lives in a way that only fuels their anger at a society that seems to have abandoned them.

One of my favorite scenes to teach from Mark Twain’s brilliantly satirical novel The Adventures of Huckleberry Finn is when Huck’s dad, Pap, comes back absolutely incensed after having watched a black man vote for the first time. A belligerent alcoholic with no redeeming value other than the fact that he is white, Pap comes home and beats Huck senseless for having the unmitigated temerity to be the only one standing there when he flew into his uninhibited rage. We understand that his anger is rooted in his loss of a sense of identity, a vague sense of being superior, even if that superiority was so clearly predicated on falseness.

We are watching that same fire being stoked right now before us as right wing media fans the flames of discontent sparked by the discord of wokeism and cancel culture. Yes, white men have indeed been the source of oppression and racial/gender inequality for century upon century, but we can’t just keep sticking our fingers in their faces and screaming “It’s all your fault”. I’m not saying that it isn’t true. I’m just saying that it isn’t helping the situation. Heaping blame upon blame and invalidating not only their worldview but their entire way of life is not the path to further unity and propelling our nation forward. Rather we need to reach out our hand, much as we would say to the child who created a mess in the kitchen, and say, “Yeah, I know you fucked this up. Now how are we going to fix it together?”