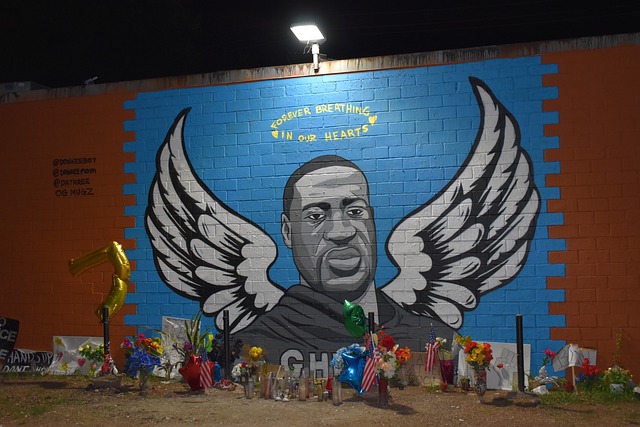 Once upon a time, I believed in the United States justice system.  In fact, I even went to law school based upon that enduring premise.  Now, just stop your chortling and snickering; I’m serious.  I truly felt like courts in America were generally fair and equitable distributors of blind justice.  I am not sure precisely where the disillusionment set it, when I came to recognize with acute starkness the decrepit shambles our justice system had become, I just know that at some point, it became utterly clear that the world was anything but “just”.  In truth, it was probably something more of an evolving realization than an epiphany of sorts, a string of wrongful rulings that irreparably tarnished my faith in American justice.  Either way, suffice it to say I don’t have a whole lot of confidence in the courts these days, but that sure is about to be put to the test.  With the Derek Chauvin murder trial set to start this week in the case of the death of George Floyd, it is really the entire American justice system that is on trial.

Many outside observers and commentators, having seen with the rest of us the entirety of the 9+ minutes of video footage of Chauvin kneeling on Floyd’s neck and Floyd3’s eventual demise, have suggested that this is an open-and-shut case, a virtual slam-dunk for the prosecution.  But hold on just a second there, Sparky.  Every defendant in this country has the right to a vigorous defense, and Chauvin’s attorneys will make a compelling case for his innocence.  But heaven help us all if they prove successful and Chauvin eludes conviction on all charges.

If you aren’t old enough to remember the L.A. riots that erupted in the wake of not guilty verdicts for the four policemen charged with beating Rodney King in 1991, let me simply say, it wasn’t good.  Within hours of the acquittals, the riots began, lasting six days.  By the time law enforcement and the National Guard finally managed to restore order, the riots had resulted in 63 deaths, 2,383 injuries, and nearly $1 billion in financial losses.  But given the outpouring of support for the Floyd family and demonstrations for racial equity in the aftermath of Floyd’s death, I think it is fair to say that if Chauvin is indeed found not guilty, this country is going to explode in a fireball of pent up frustration and anger that will make the L.A. riots look like a Gay Pride parade. 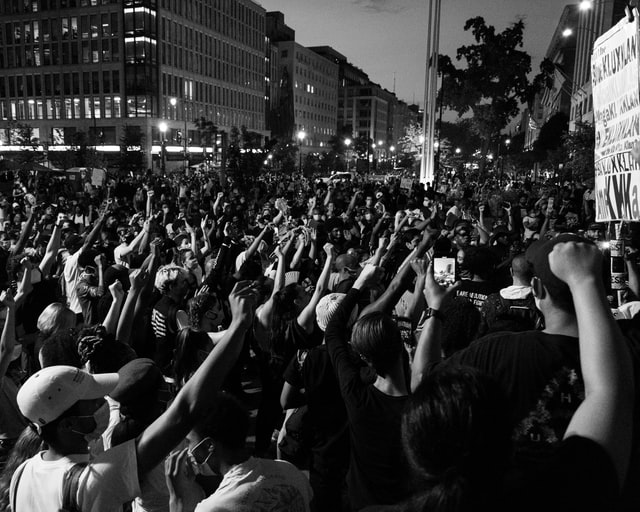 That’s why I feel for the jurors in this case.  They are charged with the weighty task of setting aside the context and import of their decision and arbitrating the fate of a fellow human being in the vacuum of his relative guilt or innocence.  They cannot allow the larger social circumstances to enter into their decision-making, however consequential those circumstances may indeed be.  It would be hard to imagine that any of them are unaware of the residual ramifications should they find Chauvin not guilty in this case, but still they must focus solely on the evidence presented within the confines of the courtroom and arrive at a verdict based exclusively on the merits of the cases presented.  While we as a larger society can demand Chauvin’s guilt as a small but necessary drop in a bucket to right the centuries of systemic injustice towards the black community, the American justice system requires that they remove themselves from that context and afford the accused a true day in court.  None of us deserve any less.

While the video footage of Floyd’s death is certainly horrifying and sends chills of racial injustice tingling down the spine, Chauvin’s defense team does have a case to make.  While Floyd’s previous record is really irrelevant here and should be inadmissible, since those details were unknown to Chauvin in determining what level of force was necessary to subdue Floyd, defense attorneys will present the jury with a rap sheet that did include nine previous arrests, mostly for petty drug charges and theft.  They will also suggest that Floyd was high on meth and fentanyl at the time of his arrest and that it was the drugs, not Chauvin’s knee on his neck, that caused Floyd’s death.  Vital to their case will be the county’s autopsy and toxicology reports indicating that Floyd did indeed have both drugs in his bloodstream at the time of  his death and ruling the cause of death to be cardiopulmonary arrest.  Given that the jury must find that Chauvin, not the drugs, were the immediate cause of Floyd’s death, the defense will present a compelling argument for Chauvin’s acquittal.

In the end, however, it is the facts of the case and the merits of the prosecution’s argument that should persuade the jury of Chauvin’s guilt.  While the drugs were in Floyd’s system, there is no evidence that he was actually high at the time of his arrest, especially given that both drugs can show up in a toxicology screening days after actual use.  Moreover, a subsequent private autopsy requested by Floyd’s family suggested that the cause of death was indeed asphyxiation directly induced by Chauvin’s knee to his neck.  While the defense will use the tried-and-true tactic of victim shaming here, the video clearly shows Floyd being entirely compliant from the moment he is engaged by the police.  While he does struggle and resist being pushed into the squad car due to claims of claustrophobia, at no point does he serve as a credible physical threat to the officers or make any attempt to harm them.  Rather, it is clear that he is simply trying to protect himself as he pleads with them to help him.  Chauvin’s tactic of kneeling across Floyd’s neck, while permissible at the time of the incident, is only supposed to be used to subdue a suspect who is presenting a clear and present danger to the arresting officers.  Given that Floyd was already handcuffed and clearly compliant, this measure represented lethal excessive force and should result in a guilty conviction for Chauvin.

But will it?  To be honest, I just don’t know anymore.  What I do know is that a finding of guilt would restore a little bit of my faith in American justice, but not because it would somehow undo or atone for centuries of racial inequity, but rather because it would be the just decision in this particular case.  We cannot expunge our long history of racial injustice in one single criminal conviction.  Rather, each individual case must be one small step of its own, each an opportunity to serve as a microcosm for justice being restored in a nation that badly needs it.