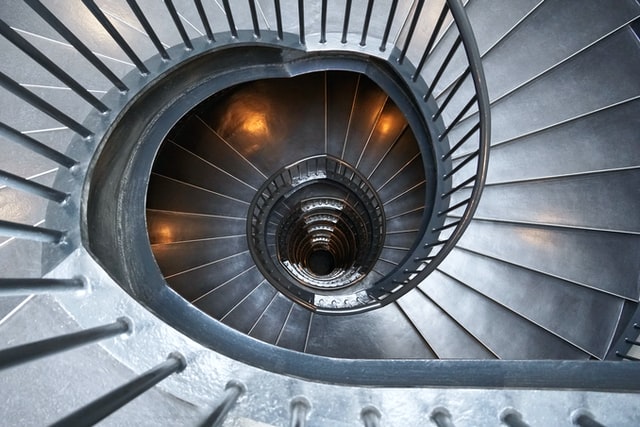 “‘Will you walk into my Parler?” said the Spider to the Fly.“The Spider and the Fly”, Mary Howitt, 1829 (I may have changed spelling to match the stupidity of others)

So I may or may not have been having a somewhat contentious debate with a conservative friend of mine on Facebook recently. Ok, ok, I know- online altercations never solve a damn thing, but as she kept retweeting Trump in order to perpetuate false claims of rampant voter fraud, I couldn’t help but ask her what evidence she had seen to lead her to this mind-numbing conclusion and where she had derived such inscrutable information. After pointing out the humorously egregious factual errors, recantations, and sheer improbabilities in the fine piece of journalism she sent me from the New York Post and then debunking her entire theory with the unequivocal statement from our nation’s own intelligence agencies that no widespread voter fraud had occurred and that this had been the safest election in our nation’s history, she simply kicked over the game board, picked up her things, and went home. And by that witty metaphor, I mean she publicly announced that she was leaving Facebook and moving her social media to Parler.

And she’s not alone. Barraged in recent days with these pesky things called facts that are deleterious to their insulated bubble of misinformation, ten million conservatives, outraged that other social media outlets like Facebook or Twitter would take the “unconscionable measures” of actually fact-checking their verbal vomit of untruth, have taken to Parler so that they can go right on spreading their lies without anyone having the unmitigated audacity to point out to them that the nonsense they are regurgitating simply isn’t true. And that’s when shit gets really dangerous.

Now before I even begin on Parler itself and the inherent dangers it poses, let me deflate here and now these claims that having companies like Facebook do fact-checking is paramount to censorship. Pressed into the unfortunate position of having to stem the tide of social media propaganda after having done nothing to stop the spread of false information that probably cost Hilary Clinton the election in 2016 and gave us the bloated warthog in the first place, these private companies not only have the right, but arguably the moral obligation, to restrict the material that flows across their platforms. They are not taking away anyone’s free speech to say whatever they want, but that doesn’t mean they have to give them a platform to do so either. They have a right to set parameters for truthfulness, and do not owe you a vehicle for disseminating false information. Demanding that they do so is like walking into your local television station and assessing that you have the right to your own daytime television show. Though that is probably how Oprah got her start….

But along came Parler offering a safe haven for all the conspiracy theories the world could hope to offer, all without anyone there to call bullshit on, well… bullshit. Want to know one way to tell that what you are believing is a crazy, bat shit conspiracy theory? You have to go to a platform that refuses to do fact-checking and feeds you a steady diet proffered up by an insulated community of like-minded wackos. Oh wait, that’s not entirely true. Parler does do some fact-checking. Turns out the “fact-checking is censorship” website recently deleted the posts and accounts of some mischievous liberals who decided to have some fun at their expense and expose them for what they really are: a bunch of hypocritical assholes peddling harmful conspiracy theories to a highly susceptible population that has clearly watched The Matrix just one too many times. In the end, if you have to run to the cover of a completely biased right-wing social media platform in order to protect your fragile, little beliefs from the questioning and scrutiny of open-minded people who think for themselves and come armed with things like evidence and facts, then you should know that you have fallen too far down the rabbit hole and have bumped your head so considerably that you have woken to believing some seriously dangerous and deranged shit.

I mean, have all the rest of you found yourself scratching your head recently wondering how in hell people believe some of this nonsense? Seriously, these people will believe absolutely anything, all without any evidence whatsoever. Tom Hanks is a pedophile who drinks the blood of children? Check! Denver International Airportstands above an underground city which serves as the headquarters of the New World Order? Sure, why not! The Sandy Hook school shooting was all an elaborate hoax used to propose gun legislation? Of course it was! Locked away from the shining light of truth in the darkest recesses of the internet, these conspiracy theories take root precisely because there is no one there to expose them.

But despite having no basis in the actual factual world, these conspiracy theories do have real-world impacts. Not believing that Covid is real, thinking that Trump is a savior sent to end pedophilia, denying mass shootings and global warming- these keep us from addressing the very real troubles we face together both as a nation and as a global community. But since folks are so ready to believe conspiracy theories over the truth that stands right before them, even when research and evidence tells them otherwise, let me try weaving a little conspiracy theory of my own. Here it goes:

Seizing upon an under-educated and gullible populace, a foreign entity (let’s say Russia for this case) begins intentionally disseminating false information and conspiracy theories in order to distract the public from the institutional policy decisions being made at the highest level of government. Sowing unfounded doubt in our nation’s government, they manipulate this mistrust of government to convince the poor and uneducated to vote against their own economic interest, all the name of electing an “outsider”, one who could eliminate corruption and “drain the swamp”. But lo and behold, beneath that sheep’s clothing lies a wolf who shackles them with debt in order to give tax breaks to his friends, all while dismantling the very institutions used to rein in his power and blatant self-interest. Some are aware of the ruse, but this just creates further rancor and discord amongst the already-strained populace. The gloating foreign entity just sits back laughing, watching the whole dumpster fire burn, knowing they have turned a once-great nation into a rubble of chaos….

Crap- who am I kidding? No one will believes this. It’s got way too much truth in it.