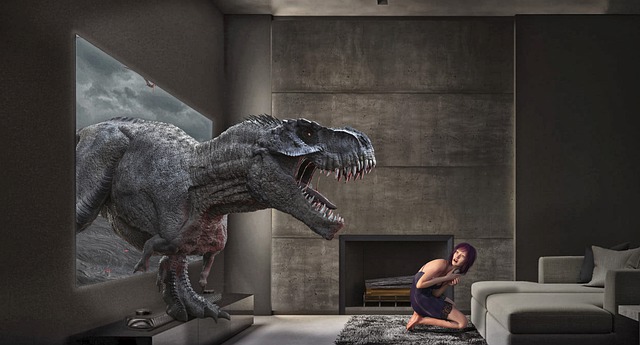 Joe Manchin is a DINOsaur: Democrat in Name Only

Do you remember when you used to believe in Santa Claus? The Easter Bunny? The Tooth Fairy? Republicans with integrity? Those were blissful years, weren’t they? But then you grew up and realized that Santa is but a myth your parents told you to make you behave for a few weeks in December and that bipartisanship in the modern political era is a hopeless delusion lost long ago in the neck flaps of Mitch McConnell. But someone should tell that to Joe Manchin because that dude is straight up gullible with a capital “G”. He’s the pitiful guy waiting for his girlfriend to come back to him, even though she just took a trip to Maui with her new beau and sent him the bill. He’s the stupid kid who really believes that the word “gullible” is written on the ceiling. He’s Charlie Fucking Brown thinking that somehow this time, yes this time, he will kick that football through the uprights. But those pernicious little Lucy Republicans just yanked that thing away once again and walked on home taking their ball with them.

In recent interviews and dispiritingly impotent press releases, Manchin has suggested that he will oppose Democrats’ attempt to end the filibuster with the wishy-washy reasoning that he believes that this would somehow discourage efforts to reach bipartisan agreements in the Senate. Now before I lose my everlasting mind having to explain what a preposterously far-fetched notion that is, let me give you a brief history lesson on the origins of the filibuster and its ramifications on American government for those of you who carry copies of the Constitution with you wherever you go but never somehow get around to actually reading it. You see, the filibuster isn’t actually in there. It is actually a procedural rule unique to the Senate that dates back to the very first Senatorial session in 1789, though the term itself did not really enter legislative circles until the mid 1850’s. Because no bill could advance to a vote without every Senator agreeing to end debate, rules allowed even one Senator to stand up and just keep on talking, effectively killing the bill by literally “talking the bill to death”. You’ve all seen Mr. Smith Goes to Washington,right? Well finally, in 1917, with frustration mounting at the inability to get anything done, senators adopted a rule (Senate Rule 22) that allowed the Senate to invoke clotureand limit debate with a two-thirds majority vote. Then, In 1975, the Senate reduced the number of votes required for cloture from two-thirds of senators voting to three-fifths of all senators duly chosen and sworn, or 60 of the current 100 senators. So for those of you pounding the desk that we cannot remove the filibuster because it is some time-honored tradition intended by the founding fathers to allow the Senate to slow the pace of legislation and give the minority party a voice, you may want to break out that hermetically-sealed Constitution and read it because it ain’t in there.

Moreover, the use of the filibuster has increased exponentially over the last century, with a particularly dramatic increase since the 1990’s as token attempts of bipartisanship have been tossed out the window in favor of naked obstructionism. The effect is to somehow undermine the very Constitution itself which explicitly requires only a simple majority to pass legislation through either branch of Congress as the founding fathers intended, and instead require a super majority of 60 votes in order to even get the damn thing to a vote. Which brings me back to Joe Manchin….

When pressed on this issue last week with Chris Wallace, who challenged Manchin’s reasoning for refusing to overturn the filibuster by suggesting that the move only empowered Republicans to be obstructionists, Manchin weakly countered that he believed there to be “seven brave Republicans that continue to vote for what they know is right and the facts as they see them”. Ok ,there Joe, but the last time I checked, 7 is definitely less than 10, and that’s the number of Republican Senators Democrats need to move anything through the intractable bowels of the U. S. Senate, a calculation that led even Chris Wallace to suggest that Manchin was being naive. Now when Chris Wallace starts calling you naive, it might just be time to check your testicles at the door, but Manchin actually had the audacity to retort, “I’m not being naive…I’m going to continue to keep working with my bipartisan friends, and hopefully we can get more of them.” Oh really, Joe? And just which “bipartisan friends” are you talking about? Mitch McConell who said just last week that “One-hundred percent of our focus is on stopping this new administration”? Yeah, good luck with that there, buddy….

Republicans have already signaled their intention to enact absolutely nothing, essentially grinding the government to a screeching halt despite a clear mandate from the people that gave Democrats control of both Houses of Congress and the Presidency. And the Democrats are no better. When Republicans held onto both Houses and had Trump in the White House, they used filibuster rules to block much of the policy agenda Trump tried to pass. In the modern era of party over country politics, as long as either party can manage to get a mere 40 votes in the Senate, they can prevent any meaningful legislation proposed by the majority, even though this clearly rejects the will of both the nation’s founders and the American people.

The result is a crippling political inertia that is destroying the very fabric of democracy in the United States. Even as Republican state legislators are passing sweeping voter suppression laws, much to the consternation and detriment of the American people themselves, the federal government is rendered powerless to do absolutely anything about it. With Republicans more than happy to try to prohibit the very voters who ousted many of their colleagues in 2020, the For the People Act is dead on arrival. This is not how democracy is supposed to function, people. Or maybe we are just watching the death throes of democracy itself, the last wistful days where the voice of the American people actually matters before fading away into the realm of nostalgia and mythology, you know, like Santa Claus, the Tooth Fairy, and the Easter Bunny.