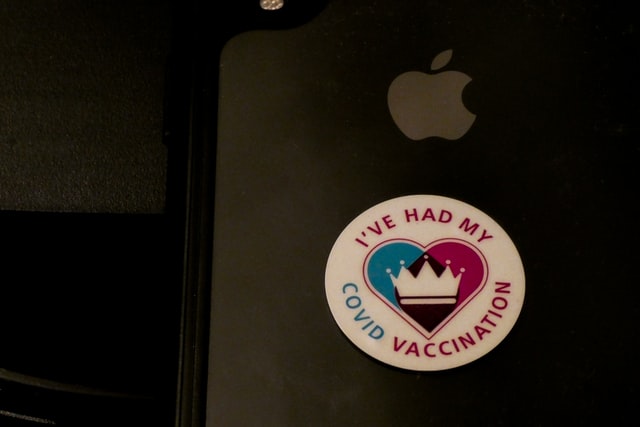 Vaccinated and it feels so good…. Oh yeah, that’s right, America! Thanks to the success of three effective Covid vaccines, we are beginning to see signs of normalcy popping up all around us, like Spring blossoms pushing their way through the latent soil. With 37.8% of the population fully vaccinated as of May 19th, the CDC has dropped its mask mandate recommendation and relaxed its restrictions for fully vaccinated people. Ah, but’s that just it- isn’t it? For those of us who are, in fact, fully vaccinated, we can start to resume our regular lives once more. We can begin to attend sporting events and concerts again. We can exercise at the gym without having to don a mask and desperately gasp for each and every breath like some of sort of geriatric phone stalker. We can see our friends and families, though perhaps we never really wanted to in the first place. And, of course, rabid single folks, pent up with sexual desires brought to a rising fever pitch from months of unquenchable frustration can go back to making out and dry humping with Tinder dates in the parking lots of dimly-lit dive bars.

But what about those folks who have opted not to vaccinate? Well…..that’s a bit more dicey now isn’t it? While case numbers have certainly dropped significantly in almost all states, there are still plenty of infections and hospitalizations out there to merit caution for those people who are not yet vaccinated, and the CDC recommendations for masks and social distancing thus remain in tact for these folks. At this point, the widely availing principle from both local governments and retail businesses seems to rest upon the honor system, trusting non-vaccinated people to voluntarily wear masks when in public spaces. But how realistic is this? I mean are these people really “honorable” in the first place?

First of all, let’s remember exactly who we are dealing with when we are speaking of those who are not vaccinated currently. There are perks to living in one of the world’s wealthiest nations and thus bullying your way to the front of the vaccine line (much to the unfortunate dismay of many poorer nations who watch infections surge due to vaccine shortages, but alas that topic is for an entirely different column). At this point, vaccine supply is beginning to outpace demand pretty much across the country, and if you haven’t gotten your vaccine by now, that is an elective choice you have made, not a lack of availability.

And, of course, in this greatly divided political nation, that decision has largely fallen along party lines. Those folks who generally align themselves with the left have tended to believe what medical professionals like Dr. Fauci have been telling us about the safety and efficacy of the vaccine and thus got in line when it came to be our turn. Fox News adherents, however, think Dr. Fauci planted the virus amongst us so that he and Bill Gates could put microchips into our bloodstreams and track our every move from here on out (or perhaps that’s what Melinda Gates apparently should have been doing to Bill). Of the 15 states with the highest percentage of its population vaccinated, all of them voted for Joe Biden in the 2020 presidential election. Conversely, all of the bottom 15 states in percentage vaccinated voted for Trump. Fed and consuming a rigorous daily diet of misinformation and anti-vaccination propaganda from right wing media outlets, it the same folks who refused to wear masks in the first place that are now refusing to get vaccinated.

So as you walk into a store, or a concert, or a restaurant, how can you tell who is going maskless because they are fully vaccinated and who is just sending one more giant middle finger to the rest of us? The fact of the matter is that, other than the MAGA hat and toothless Walmart greeter smile, you can’t. These folks now look to Donald Trump as their shining embodiment of honest principles, so left to their own devices, of course they are going to just lie and do whatever the hell they want anyway. And while that just further exposes them for the selfish nitwits they really are, I say. “Fuck it. Let ‘em…

Let them walk around and expose themselves to a deadly virus. Let them spread a highly contagious disease amongst themselves while the rest of us tread in their midst immune to the contagion they shed. While recent studies suggest that fully vaccinated people can have some presence of the disease, evidence shows that there generally isn’t enough of a viral load for them to spread it to non-vaccinated individuals. But hey, we can still try. Consider it the Democrats retaliatory response to all of the voter suppression laws being ratified in red states throughout the country. We don’t have to do a damn thing but sit back and watch these dimwitted science deniers kill themselves off and thin their already dwindling numbers.

Or perhaps we can see it another way. Since many of these folks are the same ones that espoused the notion that AIDS was a message sent from God regarding the impurities of homosexual sex, perhaps they will then be inclined to see this tragic plague in a similar light. Perhaps they will see it as a sign from God to shut the fuck up and listen to people who know more about pathology and infectious diseases than you do. You know, to trust that maybe, just maybe, that even though he doesn’t wear a bow tie, perhaps Dr. Anthony Fauci knows a little more about the subject of contagious diseases than Tucker Carlson. I’m just kidding. Of course they won’t.