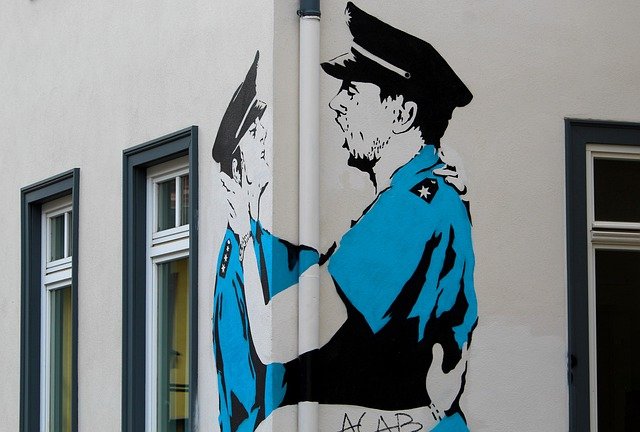 In order to introduce this week’s topic for TRUTH: In 1000 Words or Less, I have to acknowledge that the topic around my family dinner table the other night was sodomy.  Now, you could see this in one of two ways.  You could appreciate the fact that we still actually engage in the nightly ritual of family dinners replete with genuine conversation, or you could be appalled by the notion that I was, in the midst of that same discussion, informing my 12 year-old of the meaning of the word “sodomy” and all it might entail (please excuse the pun).  But if you find yourself in the latter camp, you may just want to check that perspective at the door.  Because in my family, sodomy is not a “dirty” word, not something to be avoided or frowned upon.  Because in my family we believe in love in all it’s forms.

So you will understand then when I was absolutely shocked when my girlfriend told me that sodomy laws still exist in fifteen different states throughout our country.  Fifteen!!!  Oh, I guess I figured there were still a couple archaic hold outs here and there.  You know the first few culprits that would easily come to mind.  Yeah, I’m talking about you Alabama, Utah, Kentucky.  The places where religion and politics mingle just a little too closely for comfort and the separation of church and state is merely a fanciful notion no-one really takes seriously or knows much about.  You know- the home states for all those evangelical Christians who somehow end up getting caught trying to solicit sex from little boys in airport bathrooms.  But 15 different states???  How is it possible that almost a third of our nation still reaffirms a bigotry that goes back centuries?

In fairness, sodomy laws are rarely enforced or invoked, and all cases brought in recent years have been summarily dismissed from court, with the United States Supreme Court essentially invalidating all remaining sodomy laws in the 2013 case of Lawrence v. Texas, but can you imagine the prospect of facing criminal charges for the intimate acts you engage in within the private confines of your own bedroom?  Just knowing that very real possibility lingers out there like a dark shroud lurking around the corner must give the gay community in those states pause and serve as an ever-present reminder of their status as second-class citizens whose rights, for some reason, are less worthy of the assured protection of our supposed justice system.

After all, what does freedom mean if not the right to self-autonomy and personal choice when it comes to matters of what one does with another consenting adult in the private confines of their own abode?  Freedom from government oppression is a phrase that gets thrown around a lot these days, invoked in the name of defending one’s right to not wear a mask when going into public places, to refuse to get vaccinated, or to own enough guns and ammunition to make Scarface jealous.  But when the Founding Fathers of this great democracy were rambling on about the rights to life, liberty, and the pursuit of happiness, what more could they have had in mind than getting to decide who you have sex with and how?

Can you imagine the governments of the great states (and I use that term quite loosely here) of Kentucky, Kansas, or, God forbid, Texas, specifically outlawing heterosexual acts?  The “freedom lovers” in these states would be in up in arms about their constitutional rights and government overreach.  And to be honest, they would be correct.  But for some reason, these states still have laws on the books that specifically target homosexual practices.  And while these laws may have been rendered moot in terms of their pragmatic application, they remain a symbol of the long-standing homophobia that has been a stain on this nation’s track record of equal justice under the law.

The first state to repeal its sodomy law was Illinois in 1961.  That means that just 61 years ago, gay sex was illegal in each and every state in the country, that for nearly 200 years of our nation’s history, two consenting adults could be criminally charged and prosecuted for engaging in acts of same sex intercourse.  Yes, we have come a long way in those intervening years, with the gay community making monumental strides in terms of both legal protection and cultural acceptance, but to let that legacy remain, even if the governing case law has been revoked, is a brutal reminder of how we have often failed to rise to our own well-intentioned principles of constitutional democracy.  Regardless of these laws’ current impotence, it is vital that we signal to the gay community that their lifestyle and choices are as vibrantly and virulently supported as everyone else’s by striking down sodomy laws as a gesture that reaffirms our commitment to defend the rights of one and all.