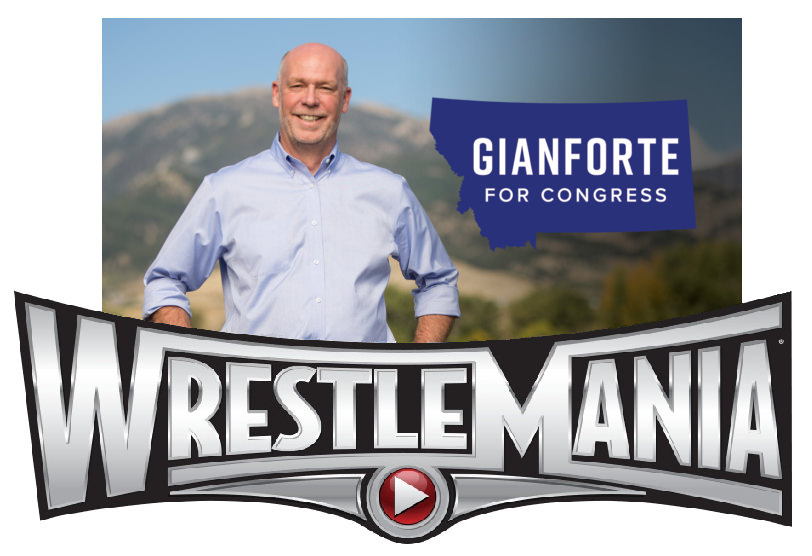 Over the last two decades, we have all witnessed the discernible dissolution of the integrity and morality of the political sphere.  Often that erosion has been so incremental in nature as to seem vague and uncertain in its progress, but then something unbelievable happens, and the shift seems seismic and precipitous as we go careening off the cliff of moral accountability.  Such was certainly the case this last November when somehow our country elected a man who had openly mocked a physically handicapped reporter, made derogatory racial remarks, and boasted arrogantly about his ability to simply walk up to women and “grab them by the pussy”.  Yes, if you had any wits about you, that had to be a glaring wake up call that our country had taken a decisively wrong turn somewhere near Albuquerque and was heading down a dark, dark road of moral depravity.  Another such moment came even more recently, however, as Montana voters set a new low bar for political accountability by electing Greg Gianforte to Conregss in a special election to fill the seat vacated by Interior Secretary Ryan Zinke because with this startling development we must all genuinely shake our head in wonder and finally acknowledge that one of the major political parties of this nation has utterly and willfully lost its very soul.

I remember back in the days when Republicans stood for something.  I may not have always agreed with them, but you knew they were the party of fiscal responsibility and values-based social governing.   That can be said no more.  Last Thursday, over 100,000 people in Montana, most of them presumably conservatives, voted for a man who just the day before had been charged with assault for an incident in which Gianforte physically assaulted a local reporter during an interview.  Now, I don’t merely mean Gianforte yelled at him and pushed him confrontationally.  No, in this case, Gianforte actually picked up Guardian reporter Ben Jacobs and body slammed him to the ground, breaking his glasses, all simply because Jacobs had had the unmitigated temerity to politely ask Gianforte to expound upon his stance of the CBO scoring of the recent House health care bill.  In fairness, however, he did refrain from ripping off his shirt, ala Hulk Hogan, and waving his finger derisively in Jacobs’s face while shouting “Take that, brother.”

Are you kidding me, Montana.  I get it.  You definitely sway pretty far right, but c’mon.  Did you really just elect a man to Congress who is so emotionally unhinged that he could not contain himself from beating the everlasting crap out of a local reporter on the very eve of the election?  Seriously?  What would Gianforte have had to have done in order to lose your vote?  Spit on the American flag then burn it in effigy on the steps of the Montana capitol?  Carry out random drone strikes against the citizens of his home state?  Maintain a second server for his private emails?  Ok, that last one might finally have done it.  That’s truly unconscionable. Yes, I am aware that over half of the ballots cast in the Montana special election were mail-in ballots that were filled out before Gianforte demonstrated such a remarkable inability to manage his emotions that he should have been rendered unfit for public office, but the vote tally suggests that there were still Montana residents who voted for him on election day when media coverage must have made the incident common public knowledge.  Somehow these folks convinced themselves that personal character and temperament were completely irrelevant as long as he was a Republican.  In other words, party came before the common good, and that, my friends, is a big, big problem.

Republicans are all about values, accountability, and law and order until it is one of their own, in which case they will bend over backwards to excuse any behavior no matter how egregious the offense might be.  According to the FOX News crew that witnessed the entire episode, “Gianforte grabbed Jacobs by the neck with both hands and slammed him into the ground behind him….Gianforte then began punching the reporter.”  Still, some conservatives, such as “values”-based commentator Laura Ingraham actually defended this shocking behavior by suggesting that if Jacobs were a “real man” he would have gotten back up and defended himself by punching Gianforte back.  In fact, one of her tweets read, “Did anyone get his lunch money stolen today and then run to tell the recess monitor?”  Ingraham actually had the gall to justify a grown man running for political office physically assaulting a reporter.  I’m sorry Ms. Ingraham, but most of reasonable society sides with the kid getting beaten up not the playground bully.  Do you really believe what you just wrote, that it is perfectly acceptable to use physical violence in a civilized society and that the victims of such violence should just suck it up, or are you just saying that because the bully happens to be one of your guys?

Which brings us back, of course, to the flaming pile of orange-haired dog crap that somehow managed to get himself elected to the presidency.  Every step of the way, conservatives have somehow found it in themselves to slough off the unspeakable actions of a man who has mocked and disparaged almost every conceivable sect of our society simply because they want to see a Republican in the White House.  And even now, as evidence continues to mount that his campaign had highly questionable ties with a foreign adversary that every intelligence agency suggests hacked our democratic election, these same people do whatever they can to defend him.  Just what will it take for these folks to finally put country over politics?  What do they need to see in order to realize that having a conservative deranged lunatic in the presidency is still having a deranged lunatic in the presidency?  When will they acknowledge their mistake in allowing politics to trump character?  Sadly, I’m not sure that we have already crossed the threshold where there is nothing Trump could do that would cause them to waver in their support.  And it is in just that moment that you realize that the Republican party has truly lost its soul. 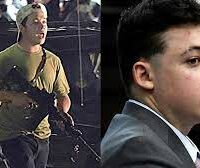 2 comments on “The Republican Party Has No Soul”