If there’s one thing the last couple of weeks have reminded me of it’s that black people share our ability to say remarkably stupid and offensive things.  It’s funny, but after years of listening to the mental ramblings of Donald Trump and his mentally-challenged, Maga-loving supporters, I had begun to think that only white people were capable of saying shit so deeply troubling that one could merely shake their head in disbelief and hope for some redeeming salvation in the slow but inevitable mechanization of human evolution.  But then Kanye West and Kyrie Irving came along and reminded me that ignorance knows no boundaries of race or ethnicity and that all of us have both the right and the capacity to vocalize that ignorance.

If you are a regular reader of TRUTH: In 1000 Words or Less, you know I have made my living making fun of Kanye West’s blatant stupidity and self-indulgent megalomania.  Over the years, I have taken more than my fair share of pot shots at his outlandish claims and preposterous lack of talent suggesting that Kanye has “more issues than a morning confessional on The View” and that “If Frost once suggested that free verse poetry was like playing tennis without a net, Kanye is playing without a racquet.”  But all that was before Kanye truly went off the deep end.  Oh, I know that Kanye has been swimming in the urine-laden shallow waters of the kiddie pool for quite some time now, but the past few weeks have seen him chug down a frothing glass of that potent mixture and swan dive head-first only to split his head wide open on the concrete beneath.  His most recent verbal diarrhea occurred where else but Tucker Carlson’s show where he uttered a slew of profoundly troubling Anti-Semitic attacks that caused many companies like Adidas to cut their ties with him.  And in that regard, they have every right to do so.

Adidas is a privately-held company, and if they believe that aligning themselves with a hate speech spewing egoist might just be detrimental to their brand, well then they have every right to cut ties with him and go their separate ways.  An endorsement deal, by its very definition, is a tacit sponsorship of what that individual connotes, an affiliation that attaches the viewpoints of the individual with the organization they endorse.  When a corporation then opts to cut ties with an individual who they deem to no longer reflect their values as an organization, they are not “cancelling” them, they are merely doing what they must do to protect and serve their own best interest.  And while I would never have wanted to hitch my wagon to the crazy train that is Kanye West in the first place, it is certainly understandable if Adidas might want to distance themselves from someone who disparages a large swath of their potential customer demographic.

But the story of Kyrie Irving has a somewhat different angle to it.  This past week, the mercurial star of the Brooklyn Nets used his social media accounts to post a link for a troubling Anti-Semitic documentary that claims the Holocaust never actually happened.  Now posts like this have become something of a common thread for the Duke alumnus who has routinely flown in the face of basic scientific evidence by claiming that the Earth is flat and and costing himself millions of dollars as he missed playing in games due to his refusal to get vaccinated for Covid, but Irving doubled down on the ignorance of his post by refusing to apologize despite outcries from the Jewish community.  Finally, after pressure from outside groups, the NBA suspended Irving for at least 5 games, only then prompting Irving to begrudgingly offer an apology.  And while that apology is utterly meaningless in that it only came in the wake of personal consequences, it is one he should not have been forced to give in the first place.

Let’s be clear- I am not suggesting that Irving should not have uttered the apology, only that he should not have been forced to.  If it were up to me, Irving would keep his misinformed mouth shut and play basketball.  But regardless of whether or not I, or anyone else, agrees with him, Kyrie should maintain the right to vocalize his opinion without it impacting his gainful employment, as long as that job has nothing to do with the opinions he is sharing.  He is not a spokesperson for the NBA and those that put any credence in the words or opinions of an athlete just because they are an athlete do so at their own peril.  He is paid to play basketball, and as long as he does so with the requisite skill and effort that got him his massive contract to begin with, he should retain that ability, regardless of how ignorant or offensive his opinions may be.  Preventing Irving from making his living playing basketball crosses that threshold of “cancelling” that we need to stop being in the business of.

The difference here lies in what the financial relationship is between the individual and the organization.  In the wake of Irving’s comments, Nike cancelled its shoe deals with him.  That is fair game because in that case, Nike was paying him to represent their company.  But the NBA is not paying Irving for his endorsement; they are paying him to play basketball.  We don’t have to respect Irving’s opinions to appreciate his talents, and doing so does not mean that he needs to represent our values.

Interestingly, a few years back, the NBA pushed out Los Angles Clippers owner Ron Sterling after audio tapes surfaced of him making derogatory remarks about black players in the league.  His racist comments were particularly cringe-worthy coming from an embattled, old bigot.  Ironically, I’m guessing both Kyrie Irving and Kanye West applauded his removal since Sterling’s comments were aimed at their shared black community.  But protecting our right to espouse ignorant views doesn’t just stop at our own doorstep.  Free speech is never really free because it comes at the cost of protecting the people who offend you most.  And trust me, no one offends me more than Kanye West. 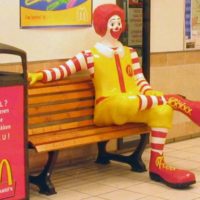