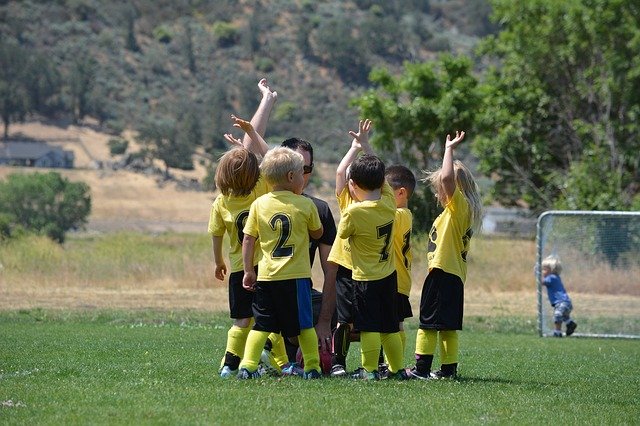 In last week’s TRUTH: In 1000 Words or Less, I discussed embracing the things we suck at. For me, one of those things includes ball sports. You’ll note that does not, by sheer technicality, include hockey, which is played with a flat-shaped disc called a puck. But that’s no matter. My high school and adult league teammates alike will all tell you I suck at that too. But I play nonetheless, and that’s the whole point. I play, and so should your kids.

We’ve all heard the astronomically far-fetched odds of your child going on to become a professional athlete. Overall, a little over 7% of high school athletes go on to play a varsity sport in college and less than 2% of high school athletes go on to play at NCAA Division I schools. Given that only about 1.6% of college athletes actually make it to the professional level, the percentage of high school athletes that make it to the pros at any level is only a scant .08%. I never even had to worry about those odds. But if you are daydreaming of seeing your kid become a big league ballplayer, you have a better chance of catching herpes from a urinal (as you may just try to convince your girlfriend) than you do of watching your kid shag fly balls in Yankee Stadium. So why then would I be such a vociferous advocate for high school athletics?

The answer comes down to how and why I coached when I took over a previously non-existent Mullen hockey program in 2004. As a high school player myself back in the late 1980’s, I was a third line hack who rarely saw the ice. Even as a Senior on a team with little talent, my role was minimal at best. But I showed up for every single game and practice, and I skated my ass off. My teammates laughed because I didn’t even know how to skate backwards when I showed up for my first Varsity practice, but they always knew that they could count on my heart and spirit as the guy who finished sprints near the front of the pack out of nothing more than sheer determination. I learned how to work with others, to be a part of a team, even with folks I sometimes hated off the ice. And I figured out how to persevere in the midst of adversity, even though I knew I was never going to go anywhere with my hockey career, and it often may have felt easier to just quit. Ok, it may also have been where I first learned how to do a keg stand. Regardless, these were lessons that transformed my character and sense of community despite the fact that I had absolutely zero chance of getting on the ice again once I showed up at Colgate University.

So when I went to coach hockey at the high school level, I was intently conscious to remember those lessons I learned from my own playing days and make them the focus of my teachings. Yes, of course we did drills and implemented strategies and tried like Hell to win. But all of those things were peripheral to me. Throughout my tenure as a coach, I always kept sight of what the real purpose was for our being there. It wasn’t to win games. These kids would forget what their high school win-loss record was before the time they had their first legal beer (note I said “legal”). It wasn’t to prepare them for futures in college or the pros. We eventually won a state championship with that team in 2007, but even then only one of my players went on to make her living playing hockey (you know I love you, Jackie Thode!). No, my role was to help them learn the same lessons of perseverance, dedication, and camaraderie that had been instilled in me nearly 20 years before. Given the remarkable humans many of these former players have gone on to become, I like to think it worked.

Now, sports is not, by any means, the only vehicle through which to teach these invaluable lessons. My daughter has never even had the desire to watch a sport, let alone play one, but she has been a wonderful cast member in a series of theatrical performances throughout the last several years. And of course I have seen every single one those performances. She’s not that good. Don’t get me wrong- she may go on to have a prodigious acting career that spans decades of legendary performances, but from what I have seen thus far, I really hope she doesn’t drop out of college to make her name and fortune in Los Angeles. But I don’t care. Drama has taught her many of the same lessons of cooperation, commitment, and drive that I learned through sports. And there are countless other opportunities outside of athletics for doing the same. Be it choir or robotics club or student council, all of these serve to instill valuable lessons for further personal development. In the end, I don’t care what my kids specifically choose to engage in, as long as they’re engaging in something.

Because the alternative is that they engage in screens, and that teaches them nothing other than to tune out the external world and delve further into a self-perpetuated solitude. When left to their own devices, many kids will eschew healthy, cooperative activities that require their dedication and engagement, and instead turn their attention to a world of screens which do not require active thought or participation. It is through our connection with others, by interacting with a world that is bigger than ourselves, that our sense of purpose and meaning is derived, a force that gives us legs when the journey becomes beleaguering. So sign your kids up for something. Make them choose something. And then just don’t give a damn about what it is or how they do. 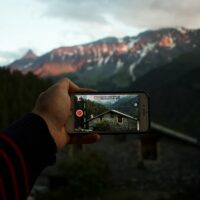