Believe it or not, I’m usually an optimist.  I think the world is a good and beautiful place and that, despite some bumps in the road, we continue to positively evolve as a society towards an elevated sense of mutual respect and tolerance.  But then something comes across my desk that makes me question the whole damn lot of us, makes me soberly contemplate whether we have actually made any significant strides in some areas over the last fifty years.  That was the case earlier this week when I read about the chilling details of Stanford swimmer Brock Turner’s sexual assault on a young woman earlier this year.  And all I could do was walk away shaking my head and thinking to myself, “Some people still just don’t get it.”

If you have not yet read the impact statement that the victim read at the sentencing hearing for this degenerate jerk bag, I highly recommend it.  It has become a viral phenomenon on the internet as a stirring account from a woman brave enough to stand up and describe just how her existence was devastated by the ravaging impacts of sexual assault.  She is courageous indeed because we still minimize sexual assault in a patriarchal world that follows the old boys club guidelines that shake off criminal misdoings of sexual perpetrators as the mere missteps of youth.  “Oh come on,” they suggest with a lascivious air, “they’re just a kid that didn’t know any better.”

I know this might seem a bit too much of an exaggeration, except that this is sadly almost exactly representative of the comments uttered by the judge and Turner’s father, both of whom seemed utterly and tragically incognizant of the victim by the nature of their preposterously ignorant remarks.  Despite a possible maximum sentence of fourteen years, Santa Clara County Judge Aaron Persky had the temerity to defend his sentence of just six short months in jail by suggesting “jail would have a severe impact on” Turner.  Are you fucking kidding me?  Six months?  Really?  Low level dope peddlers get more than that for selling dime bags to people who actually want their products.  Do you really think the victim of this horrific crime wanted what Brock Turner was selling?  But, you know, we have to be concerned with how this whole sentence thing might impact poor Brock…

Worse still were the comments of Brock’s father, Dan Turner, who, in pleading for a lenient sentence for his son, said to the court, “That is a steep price to pay for 20 minutes of action out of his 20 plus years of life.”  First of all, I sure as hell hope your kid wasn’t raping people during the first ten years of his life.  With all due respect, sir, I don’t think that this is exactly the argument you want make to here.  Second, did you really just use the phrase “20 minutes of action” for the crimes your son perpetrated?  This woman had pine needles shoved up her crotch, for goodness sakes.  At least now we know where your son gets his misguided, fucked up views on women, you disgusting creep.

It is seriously hard to believe that anyone could be this insensitive.  What they are talking about here is a woman who had passed out at a party only to waken hours later in a hospital to discover that her underwear was missing and have to be informed that she had been vaginally penetrated against her will by pine needles and some kids’ gross little fingers.  That’s what these insensitive assholes are referring to.  But we really shoudn’t be all that surprised; their oblivious perspectives are unfortunately demonstrative of how our society continues to view the issue of sexual assault in the first place.

In fact, based on a technicality, prosecutors in the case had to drop the rape charge and go for a charge of sexual assault.  In California, you see, rape is defined as someone using “physical force, intimidation, duress, or threats to persuade the victim to engage in sexual intercourse.” In the case of Turner’s rape of an unconscious woman, testimony determined that Turner penetrated his victim with a foreign object, not a sexual organ.  Instead the three charges Turner was convicted of were “assault with intent to commit rape of an intoxicated woman, sexually penetrating an intoxicated person with a foreign object, and sexually penetrating an unconscious person with a foreign object.”  Well, that makes me feel better.

If there is a silver lining to this story it comes in the triumphant deeds of the two bicyclists who were passing by the scene of the incident when they saw an intoxicated kid humping what was a clearly unconscious woman.  Concerned for her safety, they called out to see if she needed help, and when she didn’t respond, they jumped into action.  They tackled Brock Turner to the ground and held him there until the police could arrive and arrest him for raping the poor woman they saw crumpled up near the dumpster.  In a world that otherwise seems staggeringly clueless about the subject, they, at least, knew a sexual assault when they saw one.  They knew who the victim was and who was the perpetrator, and they knew enough to do everything they could to stop it, which is far more than I can say for Judge Aaron Persky. 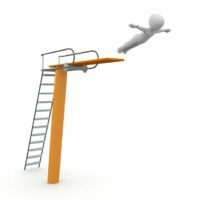 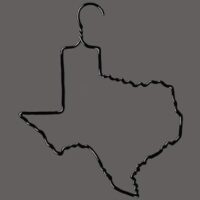 Everything is Definitely NOT Better in Texas