Good morning, Las Vegas.  How are you feeling today, you know, after that gut punch you got earlier this week from the US Supreme Court?  It can’t be easy knowing that you now have to share the gambling spotlight with New Jersey and every other state that would like to legalize sports gambling.  That was your thing.  Well, at least it WAS your thing until the Supreme Court ruling Monday in Murphy vs the National Collegiate Athletic Association that overturned the 1992 Professional and Amateur Sports Protection Act and allowed states to legalize sports gambling if they so choose.

The ramifications, of course, are astronomical.  This is hardly a rosy occasion if you are a Nevada casino or offshore/online bookie whose profits stand to be drastically impacted by increased competition from other states.  These entities essentially had a monopolistic stranglehold on an industry that certainly is booming.  I am sure these folks aren’t psyched about having to now the share the wealth of the estimated $150 billion that is gambled on sporting events every year in the United States.  I imagine a quiet and deflated Vegas Strip much like what it must look like every Monday morning after all the weekend revelers have boarded flights for home.

But for seemingly everyone else, this seems to be a win-win situation.  Gamblers in half of the states across the country are likely to be able to place legal wagers on all sorts of sporting events with a significant cut of that wagering being collected in taxes for those states to fund schools and roads.  Local gambling operations will spring up everywhere, making money for entrepreneurial owners and employing thousands of employees nationwide, all with the benefit of oversight and regulation.  Meanwhile, team owners and athletes will get to piggishly horde over even more gobs of revenue as the ability to wager in live time on boundless numbers of potential proposition bets while in attendance at the game or just at home on a couch only enhances the already fanatical interest in their respective sports.

So what’s not to like here?  Well, excuse me for raining down on everyone’s parade, but I think we need to pump the brakes here just a moment and consider the potential ramifications of legalized gambling.

From what I can tell from my discussions with him, my grandfather played quite a bit of poker during his time in WWII.  When I asked him about it once, he told me, “Poker is always more exciting when you are playing for stakes you really can’t afford to lose.”  Now, my grandfather was hardly a spendthrift. In fact, he was rather quite the shrewd and conservative-leaning decision-maker as a very successful man of business.  But he was also the most brilliant man I ever met, and I’m pretty damn sure a hell of a good poker player, so I feel confident conjecturing that he won a heck of a lot more than he lost of those truly consequential showdowns that could have made him or broke him.  Other folks, I’m afraid, are not so lucky.

You’ve all seen Vegas.  That place didn’t get that preposterously ostentatious by losing money to gamblers.  In case you don’t get the business model for a bet taker, they take in a lot more than they give out.  That’s how it works.  And that means gamblers lose.  A lot.  An addiction for some, gambling can absolutely devastate gamblers and their loved ones as they lose everything they have ever owned and more.

Now I know what you are going to say:  “Oh c’mon, Steven.  You’re Mr. Individual Rights And Responsibilities Guy.  That’s your whole schtick, for crying out loud.  Where the hell do you get off now questioning the rights of others to make their own decisions?”  And I hear you- because you’re right.  But I’m also for the individual taking accountability for their behavior and making sure that their choices do not interfere with the rights of others or adversely impact the society at large.  This is the line where their individual liberty to do whatever they darn well like stops.

The ultimate litmus test for one’s belief in individual liberty versus protectionist government is the issue of drug legalization, especially for the drugs one does not do personally.  I generally believe it is not the role of government to protect us from OURSELVES, but rather only from others who might infringe on our rights to life, liberty and the pursuit of happiness.  When someone chooses to smoke weed or even do lines of cocaine, the only ones they are really harming are themselves, and as such, that should be their choice to make, even if it is grossly unhealthy and we strongly disagree with their choice to do so.  Could such choices potentially leave them more susceptible to engaging in further behaviors that then do impact others like stealing or driving under the influence of that substance?  Absolutely, but then we can hold them responsible for those behaviors regardless of their potential substance use instead of banning the substance itself.

The problem with gambling is that it involves an inherent societal consequence that cannot be separated from gambling itself.  When folks gamble more than they can afford and lose everything they own, they become a burden on society which has to pick up the tab for their financial disaster in the form of the unpaid debts of bankruptcy and various social welfare programs that could instead be going towards people who really need them.  In the end, I am fine with legalized gambling for those who can afford to absorb their inevitable losses without imparting their personal obligations onto an unsuspecting society at large.  Perhaps what we really need to make this whole thing work is a license to gamble, a sort of pre-authorization process that serves as a financial background test to make sure that gamblers do not wager more than they can afford.  But given all the potential beneficiaries of legalized sports gambling and the ridiculous revenue they stand to generate from it, how much do you want to bet that that just ain’t gonna happen? 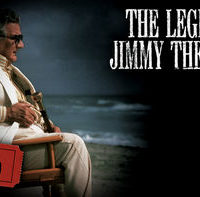 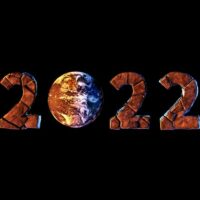 2 comments on “You Wanna Bet?”