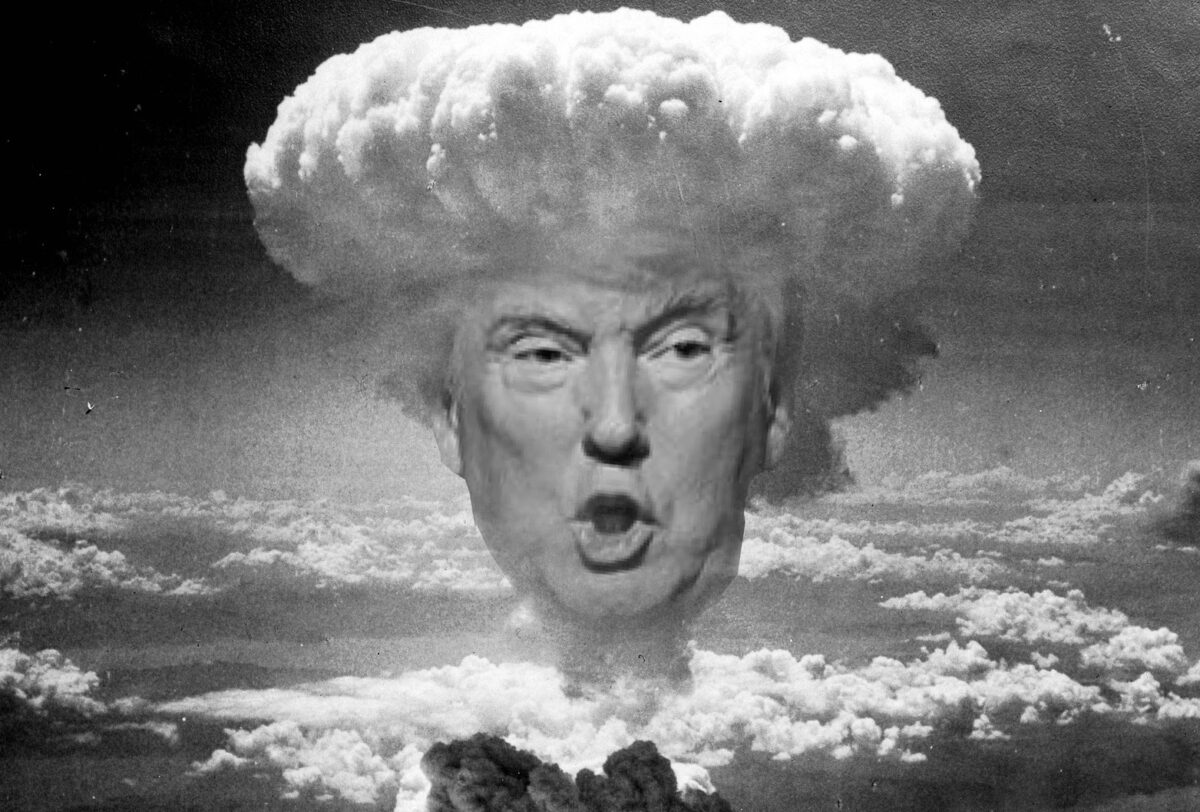 Wow!  A whole hell of a lot has happened since 2016 when I prematurely announced the demise of the Trump bid for presidency.  In fairness, I did not think any self-respecting woman could cast a vote for a committed narcissist who openly bragged of grabbing unsuspecting women by the genitalia (which, I have been told, they do not appreciate).  How was I to know that a confluence of factors from the sinister (voter suppression) to just downright bizarre (Russian election interference) would conspire to keep Hilary Clinton from the victory I thought was inevitable?  I was wrong then, but we cannot afford to make that same mistake twice.  This is the first of a two-part series on why the 2020 election is so vital to our nation’s future.

Do you remember back to 2016?  Oh, we were footloose and fancy free back in those days, not a care in the world.  The economy was  humming right along, and we had just gone through a long period of relative peace and prosperity.  And yet people were looking for a change.  When faced with the choice between an outsider like Donald Trump and a Washington lifer like Hilary Clinton, a lot of folks decided to just not vote.  Others, skeptical of a political system mired in its own bureaucracy and incompetence decided that they simply wanted something different to shake things up, to give Washington a much-needed kick in the ass.  “Fuck it,” they said as they pushed the voting lever of their ballot box for Donald Trump, “What’s the worst that could happen?”

Problem is that we are beginning to see just what that worst might really look like.  Faced with the first  real national emergency of his presidency, a pandemic that has swept across the globe, we have seen the kind of gross incompetence and failure of leadership many of us fretted about when Donald Trump took office.  Simply put, Donald Trump is an idiot.  I don’t mean that hyperbolically or as a figure of speech.  I mean that he is genuinely stupid.  In the midst of a global pandemic you cannot have a president that suggests injecting oneself with deadly chemicals or taking an unproven malaria drug that has an unfortunate side effect of, you know, killing people.  I don’t care whether the self-tanning buffoon was serious or not, you cannot have the leader of the free world going around flouting science and just plain reasonable common sense by suggesting preposterous home remedies that left doctors shaking their heads in utter disbelief.  Instead of helping to reassure a nervous public and providing much-needed information in a time of crisis, these scientists have instead had to go about the business of debunking the insane musings of a rambling idiot.

But that’s the problem of electing a moron to be president.  Somehow when the president says something, no matter how many times he has lied or how crazy the shit is that is spewing out of his mouth like a broken faucet in the backyard, people believe his nonsense.  The CDC and poison centers across the country have actually had to spend countless resources telling people something that should be patently obvious- don’t go ingesting chemicals just because Donald Trump told you to.  You know, because he’s not a doctor.  Or much of a leader for that matter.

But what he is is a master manipulator and narcissist.  Hyper conscious that his own personal re-election prospects and presidential legacy hang in the balance of getting the economy up and running, he is hellbent on re-opening everything as soon as possible, regardless of the CDC’s warnings about opening the economy too soon and the potential for a reemergence of the virus if we do so.  Trump doesn’t care about the fate of individual Americans.  The only person he cares about is the one that he sees in the oversized mirror that one can only imagine hangs over his bed.  He wants all of us to go back to work and school so that he doesn’t get blamed for an epic national collapse.

But make no mistake, he should be blamed for the government’s failure to respond adequately for all of this.  While the leaders of other nations quickly and strategically implemented stay at home policies, rigorous testing, and effective tracking in order to curb the spread of the disease and now have their countries in a position to safely reopen their economies, Trump denied the existence of this pandemic like it was a paternity suit from yet another of his “indiscretions”.   This left the U.S. frighteningly unprepared for the outbreak and thus explains why we have been hit harder per capita than any other industrialized nation and why we are lagging so far behind in our recovery.

Believe it or not, however, this is NOT the worst that could happen.  It is a mere glimpse into how bad things could be should the American public give Trump another term.  What if Trump were faced with an even more pressing national emergency, like another outbreak of the virus in the Fall or a military conflict that requires the steady hand of leadership Trump so clearly lacks?  We took this chance once, and we should have seen all we need to see to understand that this country cannot afford to take that risk again.

I get it- Joe Biden isn’t your favorite dude on the planet.  He wasn’t your first choice of the Democratic presidential hopefuls.  Ok, he wasn’t mine either.  But suck it up, Buttercup.  He’s the choice we have, so don’t go getting cute and decide that you aren’t going to vote this time around.  We’ve already seen where that leads.  Don’t go letting a dubious harassment claim or some misguided comments distract you from the real choice Americans face this November.  I hate cucumbers, but if the only things I have to eat are cucumbers or a steaming pile of dog crap, I’m going to eat the damn cucumbers.  You may not like Joe Biden, shoot you may think he’s just a creepier version of your grandfather, but you need to vote for that cucumber come November because we can stand one more spoonful of Donald Trump dog crap.

2 comments on “What’s the Worst that Could Happen?”