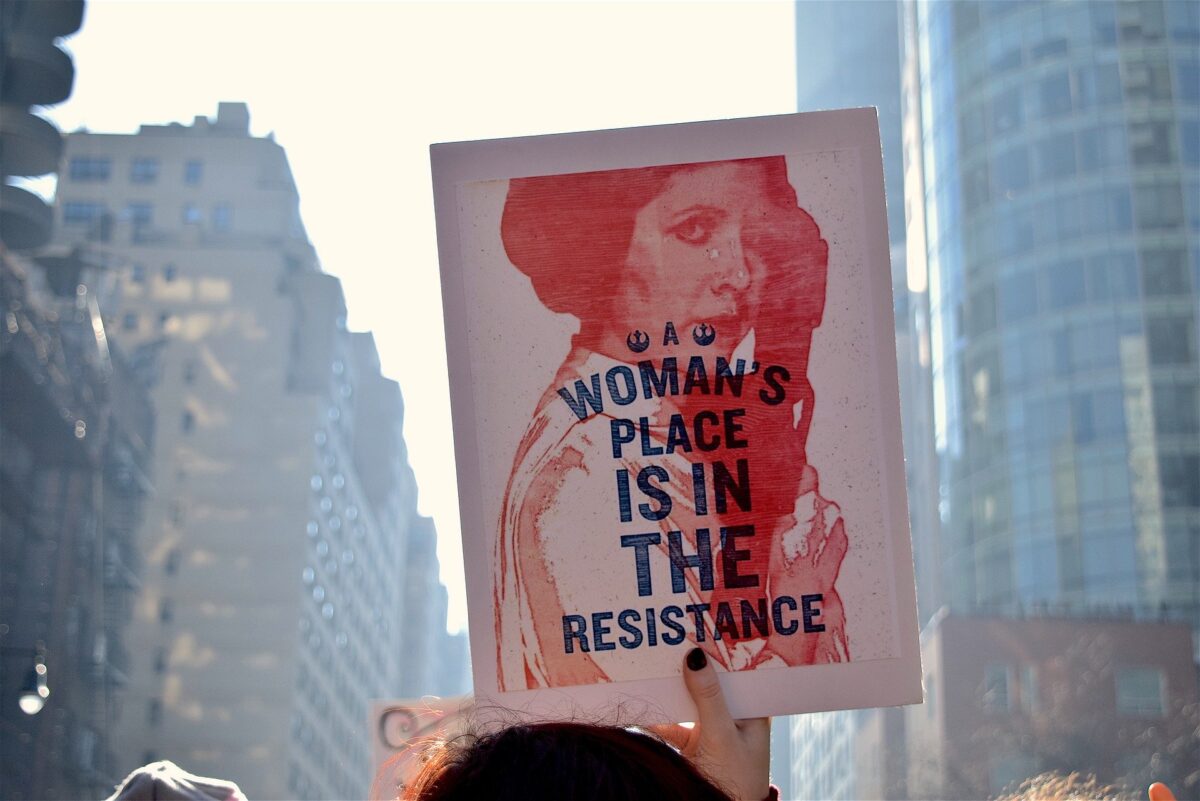 I’m just going to come right out and say it: Women should rule the world for awhile.  God knows we men have been doing it for quite some time, and let’s face it, things ain’t goin’ so hot, so maybe it’s time to pass the reins over for a bit, let someone else drive the car because I’m guessing women are more than ready to take over, and heaven knows, they’re capable.

Now I want to start off addressing two contentions to this notion right off the bat.  First of all, I am not being patronizing.  I mean this shit.  For years, I would tell this to class after class of young, impressionable students and occasionally I would hear from a student or colleague that mistakenly thought I was being patronizing.  I swear to you that I am not.  I want nothing more than for women to push men into the back seat while handing them their half-consumed martini and saying, “Don’t worry, dears.  We’ve got this.” Secondly, this is not about any particular woman.  This isn’t a Democrat or Republican thing, and I am not specifically addressing any individuals, be it Hilary Clinton, Kamala Harris, or Sarah Palin.  Let’s just leave them out of it, shall we?  For these purposes, forget a blue wave or red, I want to see a towering pink wave come cascading down on global politics.

And why might you ask?  Well, there is a yin and a yang to the universe, my friend, and the yang has more than had its day.  After centuries of patriarchal structures underpinning our very civilization, it is time to yield to a more receptive nature, the empowerment of the feminine.  Whether embodied or not in the makeup of particular individual males and females, the masculine fosters itself on competition, the feminine on cooperation.  And after years of bipartisan bickering and factioning off into our own little camps of pervasive thought, we could all use a little more cooperation right about now.

I don’t know about you, but the women in my life get shit done.  My mom, for all her other faults, was a hard-working, independent woman who never failed to provide for herself or her family.  Even though she was a single parent working in the face of the gender-based wage gap, she still got me to doctor appointments, baseball games, and school.  And she had to put up with me.  But she was not alone.  Strewn across this entire country are countless women who somehow make it happen day after beleaguering day, and they don’t get to bitch to anyone except that one bestie they’ve had since high school.  When I am making travel arrangements with my parents, I don’t talk to my dad.  He’s useless.  My step-mom on the other hand, has already shipped out Christmas presents before the calendar turns to November.  And it’s just that kind of get-it-done mindset that would come in handy down at Capitol Hill.

And you know what else would?  Multi-tasking.  Studies have shown that while men can focus in on a particular activity, women are better at multi-tasking and have a unique ability to have multiple balls up in the air, excuse the pun.  In an increasingly fast-paced, immediate-response society women’s multi-tasking skills could come in handy.  I mean, who has not seen a young mom with a jogging stroller outrunning the family dog all while she somehow maintains the uncanny dexterity to type the details for a business contract she needs to submit in the next fifteen minutes?  I see them all the time when I’m out on my bike, and I am barely able to keep myself from crashing while distracted by the spectacle.

Now, I’m not suggesting a wholesale takeover, a gender coup of epic proportions where men are cast asunder like some sort of modern-day Amazon.  I’m just saying that the world would be a better place if women had a more predominant role in running it.  Women in government are generally underrepresented in most, if not all, countries worldwide.  As of October 2019, the global participation rate of women in national-level parliaments is 24.5%.  In 2013, women accounted for 8% of all national leaders and 2% of all presidential posts.  But there are bright spots.  Women make up just about half of the elected officials in such progressive havens as Rwanda, Bolivia, Mexico, and the United Arabs Emirates.  But guess where the U.S. ranks?  Yeah, 78th.  In 1995, the United Nations set a worldwide goal of 30% for female representation for each individual nation.  We’re still stuck at just under 25%.  U-S-A, U-S-A!!!!!

I’m not suggesting that it’s going to be easy to make inroads on that dynamic.  Men aren’t exactly known for ceding or sharing power.  I mean, just think of who controls the remote control in your house.   Women continue to bump their heads against that proverbial glass ceiling, and the pernicious double standard that labels a woman as “bitchy” and “nasty” for the same characteristics that get men termed as “assertive” and “confident” still persists.  But there are some bright stars on the horizon, and there seems to be a greater awakening across a society where women are speaking their truth and rightfully demanding the voice they’ve so fittingly earned.  So let’s step back and let the women do the driving.  For once, men can ask for the directions.