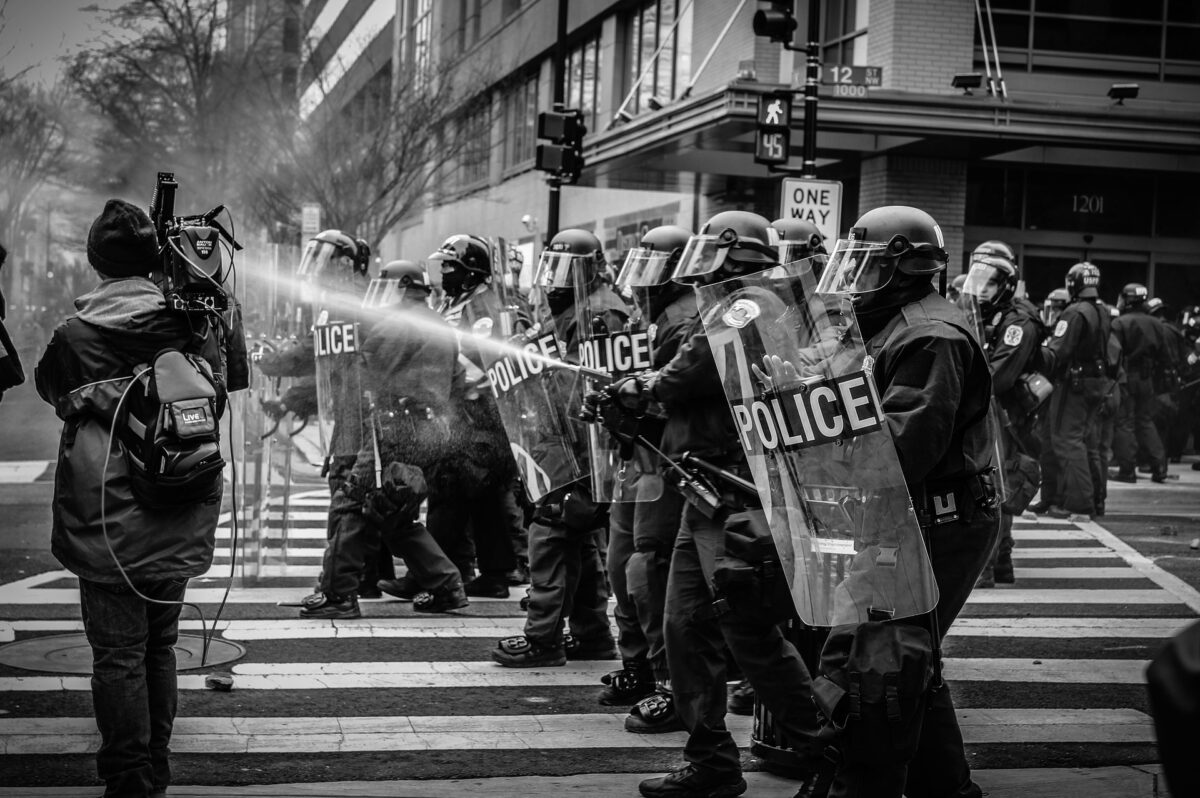 Raise your hands if you feel like you’ve seen enough police brutality videos over the past couple weeks to leave you queasier than the first time you watched the dog mauling scene in Django Unchained.  I have to admit that I had to turn my head away when I saw that scene in the theater (ok, perhaps “saw” is the wrong word here), but that was just a movie.  This shit is real, and if you feel like you can just turn your head away from the issue of police brutality, you’ve got another thing coming.

Defunding the police is now the topic du jour, and there are plenty of others who have addressed this topic in recent days, in particular John Oliver, whose 30-minutes expose of the history, hinderances, and potential for police reform is an absolute must-see (https://www.youtube.com/watch?v=Wf4cea5oObY).  Now I don’t want to sound like that annoying guy at the party who always inexplicably gloats about having heard bands long before they became popular (though I do want to say here and now that I was listening to Phish and the Revivalists long before anyone knew who the hell they were), but I have actually been advocating this idea since 2008 when I was president of the Summit County Libraries.

Back then, I was writing for the Summit Daily when the county government began to feel the full impact of the recession.  Even though the libraries served the community in a variety of ways, including providing free internet used by many low-income folks to search for employment, we were asked to slash 15% of our budget while the police budget was considered “untouchable”.

“Why is their budget ‘untouchable’?”  I asked at a meeting with the county commissioners.

“Because we need police to protect us,” was the response.

“Protect us from what?” I asked myself as I thought about how I had driven past three police officers in the seven mile stretch getting there.  Have you ever been to Summit County?  Not exactly a dangerous place, unless you include the moose and bears.  The county went two decades without a homicide. So just why did we need so many damn police officers in the first place?

Unfortunately, the same can be said throughout our nation at every level of government.  According to the Urban Institute, from 1977 to 2017, state and local government spending on police increased from $42 billion to $115 billion (in 2017 inflation-adjusted dollars).   Police spending in 2017 accounted for over 13 percent of municipal direct general expenditures.  Meanwhile, according to the Center on Budget and Policy Priorities, corrections made up approximately 5% of state budgets while assistance for struggling families barely garnered 1%.  And the military alone, in 2015, amounted for a whopping 54% of federal spending at just under $600 billion. Ever since Bill Clinton campaigned on the promise of putting 100,000 more police officers on the streets in 1996, we have become a culture of punishment rather than opportunity as our nation has seen an increasingly disproportionate amount of our budget allocated to “protecting” ourselves.

And in the end, protecting ourselves from whom?  Ourselves?  Where we spend our tax dollars demonstrates the priorities we set as a society.  Right now, we are sure doing a hell of a lot of protecting and not nearly enough investing in the people that make our communities worth protecting in the first place.  When you hear about the movement to “defund the police”, it is not about shutting down police forces.  We still need to have police officers.  But we need to make two fundamental changes in how we fund police departments going forward.

First, we need to substantially reduce the funding allocated towards the hiring of an escalating number of police officers, the purchasing of military-grade equipment, and corrections institutions.  We can then redistribute these revenues towards community projects that will help lift up the people in these communities rather than treating them with the kind of unhidden derision that only a stop and frisk policy can invoke.  Crime is, more often than not, committed out of need and circumstance.  Well, let’s use nutritional and educational programs to help rid these communities of that need and circumstance.  Let’s feed and educate our brothers and sisters rather than policing them.  Better yet, let’s make them our equals and stop forcing them to commit crimes against us in the first place.  Then we could hire less officers, save money on unneeded weapons against our own citizens, and empty prison beds too often used to enslave African-American men based on charges white counterparts would simply walk away from.

But there is one area in which we should increase police spending: Hire better police officers.  And train them better.  Currently, less than one third of all police officers hold a four-year degree and only 5.4 % have a graduate degree.  Mel Gibson might be great in Lethal Weapon when he’s taking out drug dealers like Scarface on a cocaine bender, but in the real life circumstances officers see on the streets of our communities today, we need caring, devoted, compassionate individuals who are committed to making their communities better places, not overly aggressive, testosterone-driven assholes hellbent on “cleaning up the streets”.   We need to hire officers who get that they need to work with the communities they police, not against them, who understand that if you really want to clean up the streets, you sometimes have to pick up a damn broom and lend a hand.

Folks can say that it’s just a few bad apples, but we have all seen way too many videos of police brutality to not get that something has started going way wrong in the selection process.  Police departments are attracting and training young people who have forgotten what it means to serve and protect communities.  It is well past time we reinvent our local police departments to better reflect and serve the multi-cultural landscape they are employed to represent.

2 comments on “We Need Better Police and Less of Them”