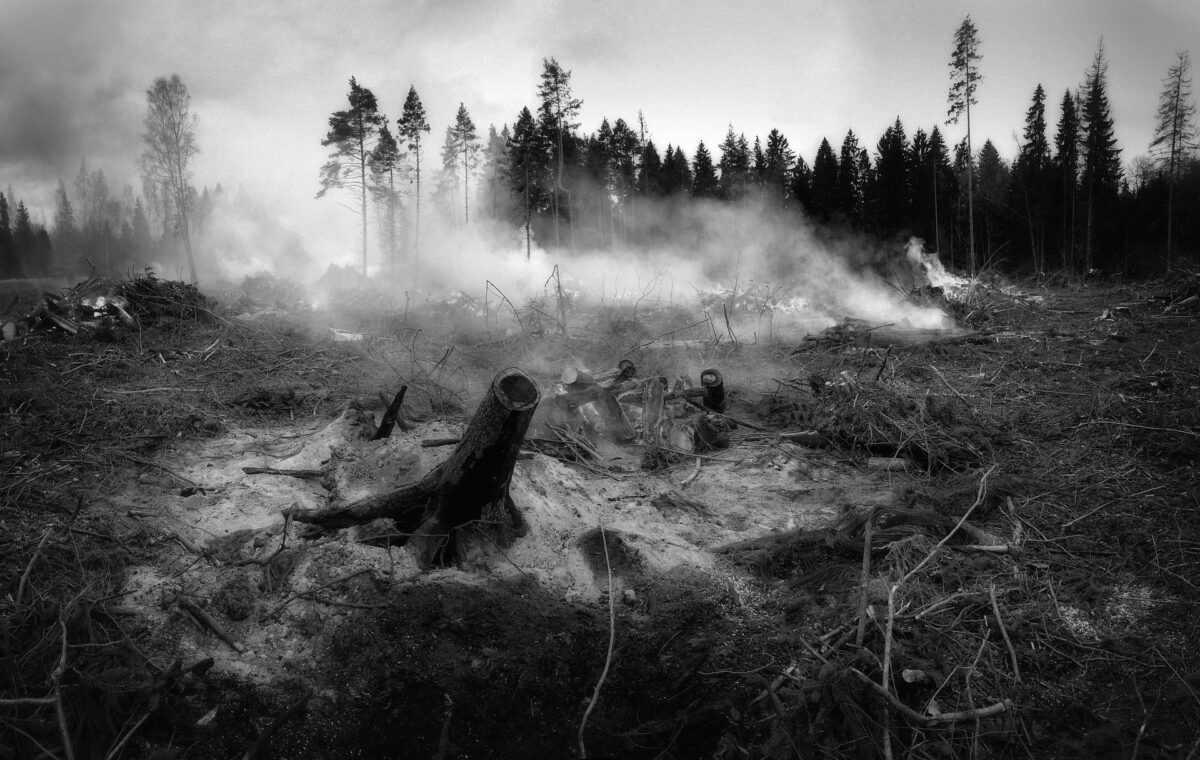 Does it ever feel like the end of the world is upon us?  For the folks in California and other parts of Western North America, it sure must these days.  As they look out their windows at skies of apocalyptic orange, like they were somehow caught in the midst of a B-rate zombie movie with church steeples eerily silhouetted against the pall of a slowly setting sun, they must be wondering if this is indeed the end of days.  Or at least the end of life in their neck of the woods as they once knew it.

At the time I sit down to write this column, there are 87 active large fires that have burned more than 4.6 million acres in 10 states, according to the National Interagency Fire Center.  Folks have had to watch as their homes burned to the ground or escaped with the few belongings they were able to salvage before the flames consumed everything else they owned.  Entire swaths of the geographical landscape have been forever altered in the face of the devastating ravages.  Meanwhile, firefighters work tirelessly and thanklessly to combat the ever-growing flames.

I know many of you will classify me as nothing more than a tree-hugging, liberal hippy, and, to be honest, I openly embrace the label, but this goes well beyond saving a few pretty trees and beavers.  You can be a MAGA hat-wearing Trump supporter who can imagine no better time than using the high beams of your truck to go hunting for unsuspecting woodland creatures, but I’m guessing you still like to breathe, right?  Have you seen the smoke pouring out of the American West these past several weeks?  For the better part of the summer, I could barely make out Red Rocks mere miles in front of my house, and I’ve had to start regularly monitoring the air quality index just to see if it’s safe for a 49-year old man to go outside and ride a bike.  And that’s here in Denver, miles from the nearest of the many fires incinerating the American West.  The smoke is so pervasive that its impacts could be seen and ingested as far away as Washington, D.C.- ah, sea to shining sea blanketed in smoke!  Back in Oregon, Portland officially registered the most dangerous air conditions in the world, surpassing even Beijing, China where breathing is considered something of a luxury.  While at least 20 people have died directly due to the fires blazing across the West, it is the compromised air quality that will cause residents to have lingering detrimental health effects for years to come.

But ok, you’re an anti-environmentalist who lives far away in the panhandle of Florida and intentionally removes your car’s emissions control system just to piss off liberals.  In fact, you think these fires are God’s way of raining hellfire down on all those Portland Antifa protestors and left-leaning commies in Colorado and California who legalized gay marriage and the Devil’s tobacco.  Well, even you, my friend, should be concerned about the financial costs these disasters are going to have on the American economy.  According to Tom Corringham, a researcher at the Scripps Institution of Oceanography, who studies the financial impacts of natural disasters,

“We’re setting records year after year.  It’s a little early to say what the total impacts are going to be, but it wouldn’t surprise me if the damages are over $20 billion this year.”  Unfortunately, this a trend that seems likely to continue; while the historic average loss due to fire over the past fifty years has hovered around a billion dollars a year, adjusted for inflation, three of the past four years leading up to this one have seen price tags in excess of $10 billion.  That’s a lot of trees and beaver dams.

But of course, fires aren’t the only disaster that are on the increase here in the United States.  While hurricanes have always been a part of life on the Atlantic seaboard and along the Gulf Coast, there is mounting evidence of their ever-increasing frequency and intensity.  After adjusting for inflation, the U.S. experienced more than twice the number of billion-dollar disasters during the 2010s than the 2000s decade.  The 14 separate U.S. billion-dollar disasters in 2019 represent the fourth highest total number of events (tied with 2018), following the years 2017 (16), 2011 (16) and 2016 (15).  Moreover, the losses over the last 15 years are $1.16 trillion in damage from 156 separate billion-dollar disaster events.  Shit is gettin’ crazy, y’all.

But do you know who’s been telling us this was going to happen for years?  Oh yeah- scientists.  You know, the smart people?  For years now, they have been telling us that if we did not do more to clean up the environment and reduce ozone emissions and greenhouse gases that this would be the result, that heating would lead to drier conditions and increased low-lying fuel for fires in the American West while rising oceans would lead to increased rain potential and wind strength for hurricanes in the East.  While these nerds in lab coats should probably be gloating and mic dropping with the belligerent swagger of Kanye West at the Grammys, they know the situation is far too dire for chest-thumping and finger-wagging.  What we need now is a national plan for addressing the very real dangers of climate change.

So sorry climate change deniers, we can no longer acknowledge and placate your adherence to theory over fact.  We need to remove politics from this equation and move forward with immediate actions that will combat climate change and thus mitigate the ever-increasing costs and dangers associated with the natural disasters it creates and/or exacerbates.  Because while climate change deniers may not be able to see what is clearly right in front of them, the rest of us can, even if it is obfuscated with the thick haze of wildfire smoke.