I feel pretty darn fortunate to live in Colorado.  Unfortunately, a lot of recent transplants to the state feel the same.  As the fastest growing state in terms of population, our communities are bursting at the seams as more and more housing goes up to meet an ever-pressing need.  And yet still the demand for housing has caused the price of real estate to skyrocket.  This is especially true in neighborhoods that have significant character and charm, neighborhoods devoid of the suburban sameness.  Or at least neighborhoods that used to be…

We have seen, as of late, a push towards neighborhoods that aren’t the cookie cutter embodiment of the suburbs, where the houses all look the same and are so close together you can shake your neighbor’s hand while you are both in the shower.  People want a neighborhood with a discernible identity all its own, and the real estate values support this.  But might this same good fortune turn out to be the very undoing of these neighborhoods’ character in the long run?

Take the Highlands neighborhood in Denver, for example, where several of my friends live.  A hub of chic restaurants, wine bars, and brewpubs, this part of town has come to be highly desirable for hipsters and young, upstart families that want an urban lifestyle without all the inconveniences of crime and poverty.  I gave one of my book readings at a place there called the Book Bar, where even I felt a bit unworldly.  It’s a great place to live, but try finding something affordable there now.  My one friend has an older house there with tons of character that sits on a double lot and regularly receives unsolicited offers of nearly a million dollars for his house, site unseen.  Why?  Because they don’t want to buy his house.  They want the lot so that they can raze his house to the ground and put up two duplexes for four modern, fairly similar-looking dwellings.  And that’s where the problem comes in.

My buddy and I went for a walk around his neighborhood awhile back, and while he has absolutely no intention to move because he loves his neighborhood and community, you could see just this happening all around him.  Everywhere around him they are buying up cool old homes and businesses and putting up maximum density housing with little to no aesthetic value or uniqueness.  One developer even came in and purchased a series of store fronts along the main drag of Tennyson and somehow got approved for a completely unexceptional, architecturally bereft apartment building whose cardboard box design would have fit in nicely in utilitarian Eastern Europe.  But for the Highlands, this eyesore is a monstrosity that stands as a blight on an otherwise delightful neighborhood.

Of course the developer doesn’t care.  They just want to maximize the profit on their assumedly pricey purchase.  But those living in the community sure do, and if the planning commissions of these communities actually represented the interest of their constituents, they might care enough to do something about it as well.  Unfortunately, however, their pockets are often lined with the profits of the developers so that the very traits that define those communities are slowly ebbing away.

The same thing is happening in my neighborhood.  Even though I live only about twenty minutes from my friend in the Highlands, our town of Morrison has an entirely different, but equally vibrant, vibe to it.  Pressed up against the foothills, our properties are a bit larger, and unlike my urban friends, I cannot walk to any restaurant, bar or store.  I have fourteen miles of hiking and biking trails right outside my door, but the nearest grocery store or restaurant is a good five minute drive away.  And that’s just how we like it.

Right near the hiking trail that starts across the road from my house sits an 85 acre parcel owned for years by a gentleman who has a communal living house he rents out to hippies on the far back end of the property.  And given rising property values, he certainly has done well economically through his land there.  Working with a developer from the Front Range, however, he has recently submitted a plan to build an age restricted community of up to 320 dwelling units in an up to four-story stacked condominium concept, concentrated in only 29 of the 85 acres with two commercial centers as part of the complex.  Mind you, the largest current structures in our community are three-story houses, we have no multi-dwelling units for miles, and the nearest commercial center is several minutes by car.  In other words, his rezoning request to the planning commission is asking to alter the very fabric that binds this community together.

I can’t begrudge him his right to develop the land.  He is a property owner and can only be expected to do what best benefits him, though we might want him to do otherwise.  Ecologist Garret Hardin once suggested about this inherent conflict between the public and private interest, “The tragedy of the commons is a dilemma arising from the situation in which multiple individuals, acting independently and rationally consulting their own self-interest, will ultimately deplete a shared limited resource, even when it is clear that it is not in anyone’s long-term interest for this to happen.”

But this is where the planning commission, elected officials hired to represent the interest of the community as a whole, must do their damn jobs and preserve the defining characteristics of our local communities.  While we do not want to impede on industry-driven profit, the planning commission must act as the arbiter between the one-sided gains of the individual and the financial and emotional losses of an entire community.  If, as residents and constituents, we fail to hold our planning commissions accountable for truly representing our community interests, we risk losing the very characteristics that made our neighborhoods so unique in the first place. 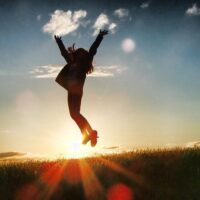 One comment on “The Purpose of a Planning Commission”