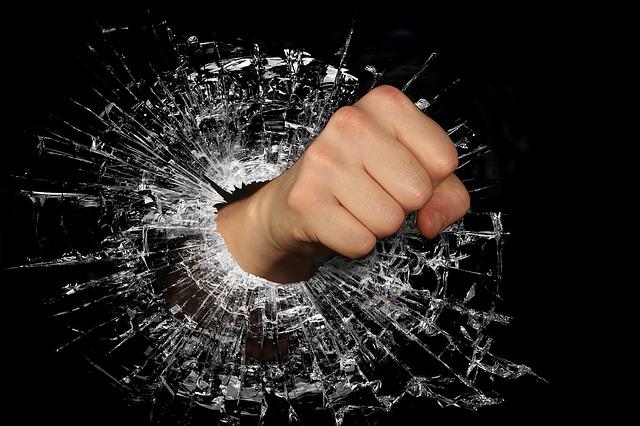 Is it just me, or does there seem to be a whole lot more assholes out there?  Just the other day, I was riding my bike, as I am want to do on a spectacular Summer afternoon, trudging my way up a long, arduous stretch of uphill single track when another rider came pounding down the trail, refusing to cede ground or even slow his roll.  As I leapt out of the way to avoid being pummeled into near-oblivion, I politely yelled out, “Please yield to uphill riders,” in the hopes that this warning might plant the seed for proper trail etiquette for his future encounters.  But as soon as he got past me, he only then slammed on his brakes so that he could verbally accost me with a slew of of unhinged epithets and profanity that would make a coal miner blush. In that moment, something happened that rarely ever does: I was at a total loss for words.  I jumped back on my bike and rode off in muted silence, that much more despondent about where we are as a society and as a species.

But my initial question for this week is, of course, a rhetorical one: We all have seen a dramatic rise in uncivil behavior and a precipitous erosion of the cultural norms we once assumed adherence to.  We have watched as sports stars such as Kyrie Irving have flipped off fans, watched as fans have assaulted or spat on professional athletes, watched as parents have verbally abused referees working their kids’ athletic competitions, watched as xenophobic and racist chants have re-emerged in public settings, watched as the President of the United States has been jeered with thinly-veiled profanities, watched as vitriol has become the new cultural norm.  We are all aware of the erosion of our once-venerated cultural mores.  The questions at hand are: What is causing this phenomenon and what can we do about it?

In doing research for this piece (yes, I actually do research for this drivel), I came across a fascinating study entitled “From Extreme to Mainstream: The Erosion of Social Norms” that suggests that much of the responsibility for our deterioration as a society lies squarely on the shoulders of Donald Trump.  I don’t think it’s a stretch to derive that conclusion, especially given the timeline of our culture’s decline.  Even as Trump began running for President and garnering significant support in 2016, he appealed to a low-minded base who applauded his xenophobic rants and low-brow personal attacks that were truly derisive and lacking in substance.  His comments were unlike anything we had heard in presidential politics, and his frankness resonated with a certain uneducated demographic.  Forced to suppress their latent racism by a society that had purportedly evolved beyond overt racial prejudice, they felt emboldened to rear the ugly heads of that racism once again, this time with a vengeance that made it known that they resented having to keep it under wraps for so long.  Trump not only abided this behavior but encouraged it, leading chants at his rallies of “Lock Her Up” for a political opponent.  Is it any surprise then when those chants turned to “Hang Mike Pence” following the 2020 election or that his supporters felt it acceptable to storm our nation’s Capitol simply because they did not like the results of an election which he clearly lost?  But Trump’s “unpresidential” behavior was not merely relegated to his rallies, but rather showed itself in his interactions with other foreign dignitaries as he refused to engage in even the basic decencies that once served as the low bar of decorum for international relations.  Serving as a role model for millions, Trump thus lowered the bar for personal interactions for everyone and eroded the standards for conduct amongst our fellow human beings. 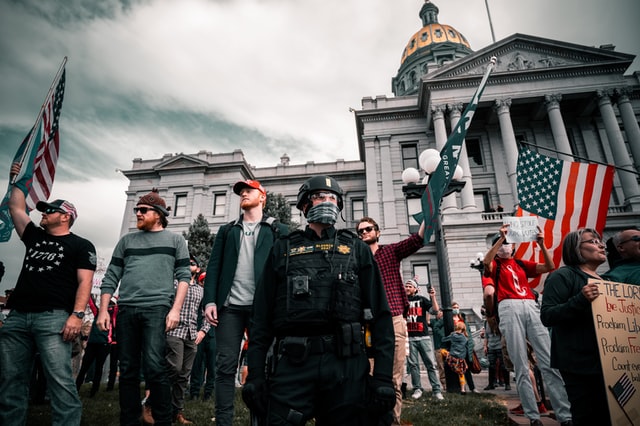 But even I cannot lay the blame for our erosion of cultural norms solely at the feet of Donald Trump as there are other factors at play here.  Social media has created a realm of relative anonymity where we deem it fully acceptable to engage in the type of debasing rhetoric and personal attacks that we would never dare do in face-to-face conversations.  Sites such as Facebook intentionally stoke the flames of interpersonal discord and then step back to watch as the flames engulf a society where civil disagreement was once a hallmark of a prosperous democracy.  No longer do we have respectful conversations over significant policy issues.  Instead we resort to name-calling and demonization, placing vilified labels upon those we disagree with, only furthering the divide between us and lessening the ability to reach across and find mutually-beneficial solutions.  This was then exacerbated by a global pandemic that sent us retreating further into the false world of the internet and lessening our interpersonal connections.  Moreover, the time spent huddled in our domiciles, locked within the confines of our private lives left us embittered and resentful, eager to find others to blame and upon whom to unleash our pent-up frustrations.  And unleash them we certainly have.

So just what do we do to reverse this perilous decent into societal anarchy?  How we undo the damage of a culture that has given up on the basic principles of decency?  Well, I know that it is answers to questions like these that often keep you reading to the end of TRUTH: In 1000 Words or Less, but to be honest folks, I don’t have any easy solutions here.  What I can tell you is that the answer lies in you.  None of us can negate the loss of societal decency, but each and every one of us will always retain the power to inform our own actions and to make the conscious choice to treat our fellow human beings with civility and respect.  Does that mean that it will inherently alter the ways others choose to interact with you?  No, it does not.  But if you cede your ability to treat others with integrity simply based upon how you yourself are treated, you are inherently giving away the autonomy to choose your own behaviors.  Treat people with decency, love, and respect regardless of how they choose to treat you.  Do so not because of how it will impact them, but because of how it will impact YOU, because it will help YOU to evolve into the person you have the power to become.  And in so doing, truly be the change you want to see in the world as a whole.