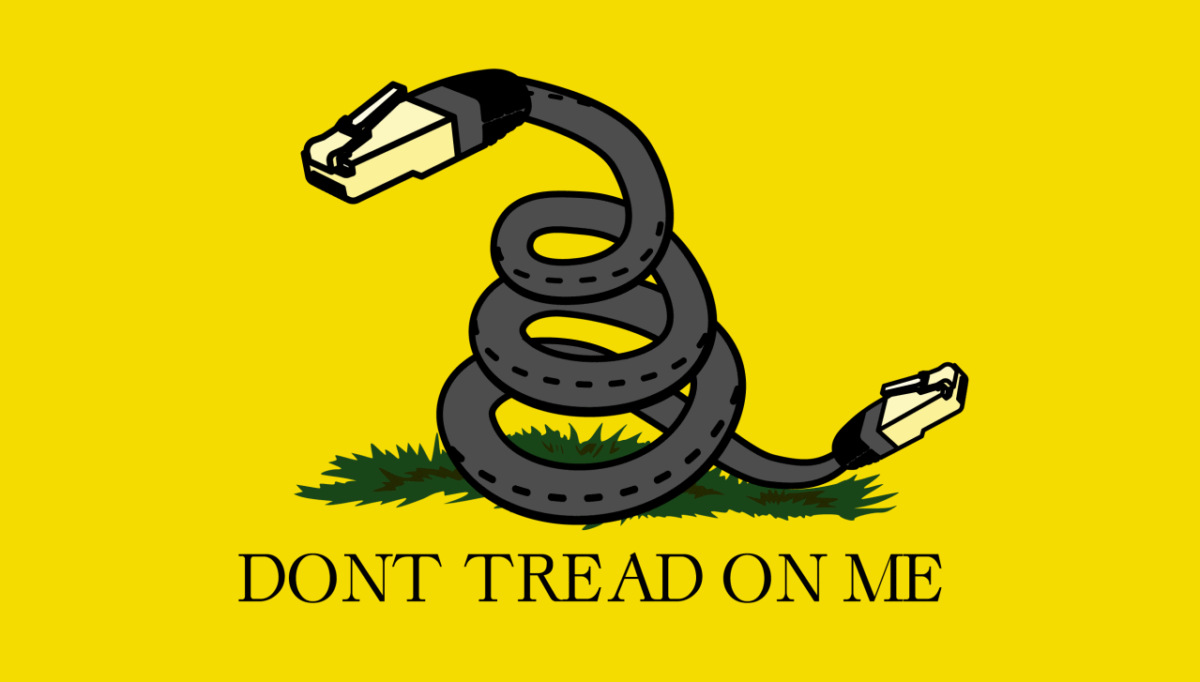 So you like the internet, do you?  Well, you’re about to like it a whole lot less.  Despite a disturbingly apathetic and uniformed public, the internet as you know it is set to change dramatically, and it’s all because of three stooges who form the majority on the Federal Communications Commission.  These three assholes, as puppets of the telecom giants who stand to profit from their actions, have decided to put corporate interests ahead of the American public’s, by taking away Obama-era rules regarding net neutrality that served as the backbone of protection to keep the internet free and independent, or as we have unfortunately come to know it in just the past several months: just another dark day in the Trump administration.

For those of you who think that Trump has been largely ineffective and powerless to enact his political and economic agenda since coming into office, you are chiefly correct, but you are also missing some of the more nuanced ways in which he has managed to alter the American political landscape.  Where Trump has been most successful is in getting confirmations for his nominees to important posts throughout the vital agencies and governmental bodies that do most of the actual functioning of day to day governing and policy creation within our nation’s capital.  The most notable of these, of course, was his ability to fill the vacant Supreme Court seat with Neil Gorsuch.  This triumph for Trump has been mirrored throughout his record for nominating judges within the federal court system.  It has also been true of his ability to convey favor on his picks for numerous agencies who were either massively unqualified (think Betsy DeVoss or Rick Perry) or literally antithetical to the very agencies they were tapped to lead (think Scott Pruitt of the EPA who sued the agency repeatedly before being asked to run it).  Perhaps most unscrupulous, however, was Trump’s selection of Ajit Pai to head the FCC.

Before being tasked to head the five member commission governing American airwaves including the internet itself, Pai was the CEO of Verizon, a telecommunications giant that represents a massive stakeholder in the very fight he now finds himself deciding.  While at Verizon, his company spent millions trying to overturn the net neutrality rules that the Obama administration put in place that compelled telecommunication companies such as Verizon and other internet service providers (ISPs) to treat equally all internet content providers.  Why did they do so?  Because, as I’ll explain in a moment, they stood to profit substantially from the rollback of such regulations.  Remember when Trump vowed to “Drain the swamp”?  Yeah, what he really meant was that he was going to drain it so that he could drop a few more large turds of his own in there and put the sewage right back in.  Ajit Pai is one of those turds. Do you remember when you were in elementary school and there was a teacher who accompanied you and your classmates out to recess?  Yeah, there was a reason for that.  Without the watchful eye of an adult figure, all hell would have busted loose, and in a scene eerily reminiscent of Lord of the Flies, bullies, unchecked in their might or avarice, would have strutted around the playground demanding the lunch money of every kid that was weaker than them.  Well, government regulation and oversight, like the recess teacher, is sometimes necessary in order to reign in bullies and protect a level playing field for all involved.  And right now, Ajit Pai and his fellow Republican-nominated FCC cronies have just knocked off the recess teacher so that telecommunication companies, such as the one he used to head, can come and take the American public’s lunch money.

Instead of providing all content at an equal speed and level of accessibility, ISPs will now be able to charge a fee to content providers to fast track their material both in terms of ease of finding it and in terms of rate at which it is delivered.  Think of it as an express lane on the highway, which sounds like a great idea when you’re struck in traffic until you realize you don’t have the funds and thus are compromised by having to sit in even more congested traffic because four lanes of traffic are now being squeezed into three.  It also allows these telecommunication companies to glut the content they send you with material from their company or others with which they are associated.  For those already established companies that can afford the extortion money and want to monopolize their access to the American public through the internet, this may sound like a great idea, but wasn’t the internet supposed to be the free landscape that gave a voice to even those who didn’t have the resources to maintain an audience through avenues such as television and radio?  Yeah, you can kiss that notion goodbye.  And where do you think these behemoths of the online economy (think companies such as Amazon and Netflix) are going to recoup the costs of squashing out the smaller start-ups that represent their real competition?  That’s right, my friend, they’ll pass that cost on to you- the consumer.

Like a wolf disguised in sheep’s clothing, the FCC’s removal of the protections of net neutrality are couched in the terms of good ol’ American free market capitalism that do away with “burdensome” regulations, but really it is anything but American.  By undermining true competition and an even playing field that serves as the requisite underpinnings of a healthy free market devoid of destructive monopolies, the FCC has dealt a serious blow to how Americans access the content of the internet, which is why a recent study by the University of Maryland showed that 83% of Americans, including three-fourths of Republicans, opposed the FCC’s decision.  So write your congressperson and get them to draft a bill that will put net neutrality protections back into place that can’t be messed with by an ever-changing partisan panel of five at the FCC.  Otherwise, they may slow the speed you receive material from smaller content providers like me so dramatically that you only get TRUTH: In 1000 Words or Less once a month rather than weekly.  That is, if you can find it at all.