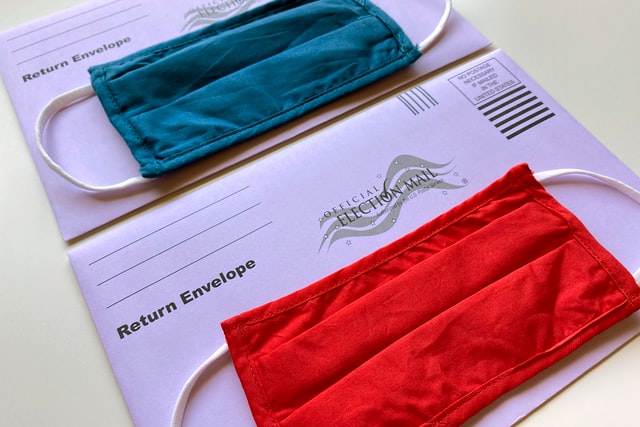 Way back in 1982 when I was an aspiring young Little League pitcher and my dad, who had never played competitive baseball in his entire life, was coaching my team, I remember a particularly painful loss and the invaluable lesson my father/coach/hero/role model taught me that fine Spring afternoon.  “Son,” he said to me with an air of dignified composure, “If you can’t beat your competition, well, always be sure to cheat.”  We haven’t spoken since.

Alright, of course I am joking here.  My dad may not have always been the best of role models (he recently taught his grandson how to sneak out of the house without getting caught), but the lesson he instilled in me that day has actually become a permanent fixture in my moral code of conduct.  You see, what really happened was that I was throwing a huge fit, tossing my glove to the ground and screaming at the umpire after what I felt was a bogus series of erroneous balls and strikes calls (later video evidence confirmed the accuracy of the umpire’s judgments).  What my dad really told me at the time, before immediately sitting my ass on the bench, was “Son, in life, you are going to win some and you are going to lose some, but if you hold yourself with dignity and respect, you will always be a winner.”  Apparently, a number of Republican state legislators and governors could stand to heed my dad’s advice.

When your entire party is roundly defeated in national elections, losing both houses of Congress and the presidency, we generally refer to that as a mandate from the people, or put in laymen’s terms: a Chuck Norris-style ass whooping.  That’s what Republicans were handed by voters this past November.  Voters across the country showed up in droves to deliver their message loud and clear.  They expressed their pent-up frustrations over the past four years of xenophobia, misogyny, racism, and economic policies that favored the very wealthiest Americans and furthered the growingly untenable schism of wealth distribution in our country.  Fed up with politicians who seemed to care more about corporations than working-class Americans and who enacted legislation to curb the rights of every single population demographic other than gun-toting older white men, Americans voted Republicans out en masse.  And no state echoed that sentiment more convincingly than Georgia.  For the first time since 1992, Georgia voted blue in a presidential election, which also happened to be the last time the state had two elected Democrats as Senators.  In a matter of pure coincidence, 1992 was also the year I drank my first legal beer (notice I put the word “legal” in there).

Now, for most reasonable people, this would have compelled a moment of deep reflection and re-evaluation of the wildly unpopular policies that manifested in the blue wave that was their undoing.  But did it do so for Georgia legislators?  Of course not.  No, they like many Republican-led state legislators, have doubled down on their disenfranchisement of minority voters and opted instead to pass sweeping legislation to curb voting rights.  In other words, instead of hearing the message voters sent them, they opted for a different path: They decided to cheat.

All across the nation, Republican governors and state legislators have proposed legislation curtailing the rights of American citizens to vote, a right constitutionally provided them and which serves as the very bedrock of our American democracy.  Since their overwhelming defeat in November, Republicans have introduced an astonishing 306 bills that attempt to restrict voter rights with most targeted at absentee voting.  Their rationale for doing so has been that absentee balloting makes our elections more susceptible to voter fraud.  The problem with this, of course, is that it is patently false.

The fact is that there is zero evidence of widespread voter fraud in this country, either with in-person or absentee voting.  But that doesn’t stop Republican leaders from spreading “The Big Lie”, nonetheless, using this as justification for repressing voters who, go figure, vote against them.  Even Sydney Powell, Trump’s personal attorney who continued to disseminate false claims of widespread voter fraud, recently responded to a defamation lawsuit from Dominion Voting Machines (whose machines were not even being used in many of the states she claimed they helped rig), by suggesting that “no reasonable person” would have believed her accusations to be factually accurate.  But since we still have a number of folks out there who clearly aren’t reasonable (otherwise known as “morons”), let’s review the facts again, shall we?  The Brennan Center reviewed elections that had been meticulously studied for voter fraud, and found incident rates between 0.0003 percent and 0.0025 percent. Given this tiny incident rate for voter impersonation fraud, it is more likely, the report noted, that an American “will be struck by lightning than that he will impersonate another voter at the polls.”  But in case that doesn’t convince you, Kansas Secretary of State Kris Kobach, a longtime proponent of voter suppression efforts, argued that his office needed special powers to prosecute voter fraud, because he knew of 100 such cases in his state. After being granted these powers, he brought six (yes, you can count them on your hands) cases, of which only four have been successful.  In other words, even Republicans know this is bullshit.

But integrity and truth never stopped them before, so why should they now?  Confronted with the stark reality that the majority of the American public hates them and their policies, they have had to pivot to a new way of retaining power: cheating.  And by cheating, I mean stealing people’s right to vote.  These laws are the very antithesis of what our country was founded upon: the notion of free and fair elections in which every American citizen has the right to have their vote counted.  Faced with the prospect of being removed from office, they have not attuned their policies to the will of the American people but rather resorted to the kinds of dirty tricks and gamesmanship that make Bill Belichick and Tom Brady look like altar boys.  Aimed at suppressing the very voters that cast out so many of their colleagues in 2020, Republicans have proposed bills that would remove drop boxes, lessen voting hours, and even criminalize bringing food and water to voters waiting in the incredibly long lines they have created.  So what’s a beaten-up electorate to do?  Screw these assholes, that’s what we should do.  Show up to vote again in 2022 and every election thereafter and remove from government office any elected official who has the unmitigated audacity to support these traitorous pieces of legislation intended to deprive Americans of their constitutional right to vote.  Maybe then, and only then, will they finally get the message to never underestimate the will of American voters.