Is the Economic Bubble About to Pop?

On Tuesday, August 18th, the S&P 500, a key index of the American economy, hit it’s first all-time high since February 19th.  That means this year’s bear market was officially the shortest in history.  All this is true despite the fact that the number of Americans seeking jobless benefits for the week ending Aug. 8 was still at a whopping 963,000.  Job creation has recovered in recent months but layoffs remain historically high, with about 13 million jobs lost during the pandemic. The unemployment rate stood at 10.2% in July, compared with a pre-pandemic jobless rate of 3.5% in February.  Do these two contrasting visions of America’s current economic status leave you befuddled as well?  They should.  I mean, like Nancy Pelosi’s facelift, it’s just not natural.  How the hell does the market continue to prosper amidst a devastating global pandemic and a national lockdown that shut down the economy for months at a time?  The reality that lies behind this seeming economic dichotomy should be enough to leave you pooping your proverbial knickers.

Don’t get me wrong- I have some money invested in the market, and I’m generally happy to see it doing well, but you know the saying, “When something seems too good to be true, it’s probably coming from Donald Trump.”  It’s like when my dog takes a dump somewhere in the house- I may not be able to see it in front of me at the moment, but I sure can smell it, and this pile of dog crap stinks to high heaven.

Do any of you happen to remember a guy by the name of Michael Burry?  He was that idiot savant hedge fund manager with the bad haircut who Christian Bale portrayed in the movie The Big Short. Burry made a fortune betting against mortgage securities after correctly predicting the 2008 housing crisis.  At that time, he saw what few others did: a housing bubble that was predicated upon toxic loans and a lack of government oversight regulating them.  The problem, as he surmised it, was that left to their own devices,  the pure avarice of financial service companies like Goldman Sachs and others would go unchecked and home buyers would continue to get loans they could not afford, thus artificially driving up the prices of the housing market.  “Don’t worry,” they told us, “home prices will continue to go up, so your equity will be secure.”

Yeah, how did that work out for ya?  Me too.  Like many Americans, I would eventually lose over 25% of the value on the house I purchased in 2008.  Sucks to be me.  But not as much as it did to be one of the 10 million Americans who lost their home during the financial crisis of 2008. For them, the downturn was catastrophic.

So here we find ourselves in 2020, and what have we learned?  Well, apparently not a whole hell of a lot.  Because the same economic conditions that existed prior to the crash of 2008, the deregulation that Burry knew signaled an impending economic collapse, still exist right now.  Deregulation, no matter what fiscal conservatives like to tell you, is like steroids for the economy.  They beef up the economy in the short-term with muscles that make Chris Hemsworth jealous, but in the long run, they pose a vital risk to the health of the overall economy.  As Adam Smith pointed out in “The Tragedy of the Commons”, government oversight is necessary to prevent those who would manipulate the system for their own good from doing so lest they compromise the well-being of others.  Under the deregulation push of the Bush administration, we watched as the financial foxes raided the hen house only to leave ordinary Americans holding the bag for their greed.

Is it any surprise then that deregulation has been the hallmark of the Trump legislative legacy?  Following the financial collapse in 2008, and the massive taxpayer-funded government bailouts that ensued, the Obama administration enacted the Dodd-Frank Act in 2010 to help avoid future meltdowns in financial markets.  During his 2016 campaign, President Donald Trump promised to roll back the Dodd-Frank Wall Street Reform and Consumer Protection Act, which stiffened the regulations placed on banks in the aftermath of the financial crisis. Trump managed to get movement on that portion of his platform in 2018, signing into law a bill that loosened or got rid of some key regulations.  Count on the guy who bilked money from everyday Americans by cheating them out of payment for services rendered or creating a fake university to turn around and then use the presidency to open us right back up to the same types of financial shenanigans that got us in so much trouble back in 2008.

So what is keeping Michael Burry up at night these days?  You guessed it: deregulation.  He recently told Bloomberg that he has a “significant bearish market bet that is working out for now.”  And when Michael Burry talks, you might just want to listen.  After all, just how did you think Trump has propped up the economy amidst numerous small business closures and millions of lost jobs?  His unparalled business acumen that led him to actually make less money on his inherited fortune than he would have made had he simply invested it at random (and if that last sentence didn’t make you laugh out loud, you might want to take that preposterous  cognitive disability test that Trump keeps boasting about)?  And what do you think is going to happen once the full impact of the pandemic is felt?  Of course we had to excuse rent payments in order to avoid mass evictions, but you can only kick this can so far down the road.

But the Republicans know they just have to kick it past November.  Most of them see the writing on the wall, and if they can just hold off the collapse past then, they can blame the whole impending debacle on the incoming Biden administration, and then they can get the White House back in 2024 and start the whole damn thing over again. 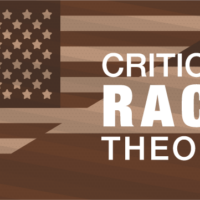