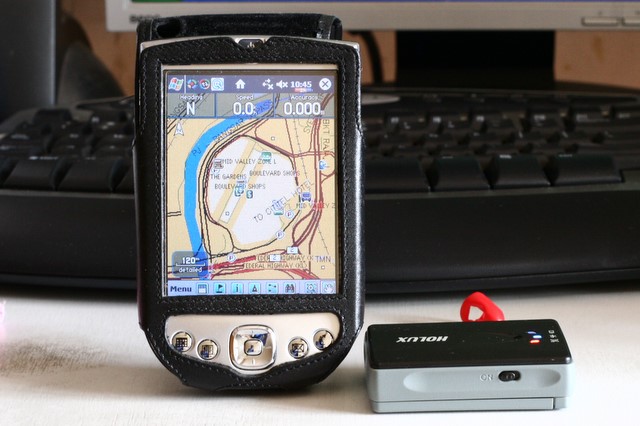 You know, believe it or not, there was a time once long ago, back in the 1990’s I believe it was, when I knew how to find my way to places without a GPS.  They had these things back then; I believe they called them “maps”.  I’m not sure what became of them, but I’ve heard rumors there are still collections of them out there somewhere in medieval halls known now only as “libraries”.

Have you ever wondered just how we all really functioned before we had a bloody GPS?  How is that we made our way from place to place without careening madly about the universe, chaotically dashing to and fro without much purpose or direction?  I think of Bugs Bunny perpetually tunneling up from underground, map in hand, only to discover he had made a wrong turn somewhere around Albuquerque.  Funny, I’m pretty sure Walter White from Breaking Bad said the same damn thing.

I had this epiphany the other day when I plugged my friend’s address into my car’s GPS before setting out on the road to head over there.  I knew where I was going, but I guess it just seemed like force of habit.  I didn’t want to think about it, wanted my GPS to do the mental legwork for me.  Just as I was about to turn onto the highway, I realized that the car was taking me on a circuitous route.  In order to avoid smaller roads, it was sending me far out of my way, all in the apparent name of expediency.  Suddenly, my brain awoke, and I veered off in the other direction, remembering that I actually knew how to direct myself where I was going.  I didn’t need this electronically wired piece of crap telling me what to do.  I was capable of thinking for myself.

Now I don’t want to come off like the angry old man yelling at the neighborhood kids to get the hell of of his lawn, but I think there has to be a lesson in here somewhere.  Technology is all well and good, but it  does make you wonder why we are so prone to inventing things we really are capable of doing for ourselves in the first place.  Let me turn you towards another case in point: spellcheck.  You know that they used to have these handy little books called dictionaries, right?  Oh, of course you don’t because the last time you even saw one was way back when you received one as a high school graduation gift from the uncle you don’t even talk to anymore, due in large part to his propensity for giving you utterly useless gifts.  That dictionary is now so covered in dust that you can barely make out the title, but trust me, it used to give people both the spelling and definition of words.  It really was quite handy in that regard.  But who has time for that monstrosity when they are sending out texts at 75 miles per hour on the freeway?

And so our communication, especially when funneled through the technological progress of our devices with such mediums as Facebook, texting, and emails, has devolved to a point where it is barely recognizable as human utterance, never mind actual English.  When you read such phrases as “U r awsome!”, “Txt me!”, or “Lol”, do you not sense that we are retreating back towards guttural caveman noises, barked out incoherently on impulse rather than thought?  In fairness, I think that if Captain Caveman were placed in a room with your smartphone, he would smash it to bits with his oversized club for insulting his verbal communication skills.

More and more, we become reliant on the technology we surround ourselves with instead of doing the independent thinking these tasks used to require.  That dependence has dangerous and far-reaching implications as we continue to lose the ability to do these things ourselves.  It’s one thing to use your GPS because it is simply quicker and easier than looking up the directions on your own, but what happens when you are no longer capable of doing so?  The internet is an amazing tool for research (if that’s the euphemism you want to use for your daily surfing of porn sites), but don’t we lose a valuable skill if we become reliant on the internet for information rather than learning how to do research through various print resources?

If I were a competing nation or organization hell-bent on taking down the mighty empire of the United States, say an Islamic terrorist group that wants to teach America a lesson, I wouldn’t go after us militarily or through acts of civilian violence.  I wouldn’t blow up planes, plant bombs in stadiums, or attack military bases.  I would attempt something far more subversive, like taking out our GPS systems with a massive wave of satellite communication interference.  Then they could sit back and watch us wander aimlessly, observe the carnage as we hopelessly careen into each other in auto accidents caused by our mindless inability to figure out where the hell we are going.  I would wipe out internet servers and see how the entire population would be crippled by a glaring lack of knowledge or information, laughing all the while as we meander through the streets begging every soul we meet to tell us, “Please, please tell me how to…”  Yeah, you fill in the blank, because no matter what it is, we no longer know how to do it without a computer telling us the way.  Well, the good news, I guess, is that we might all stagger our way back into the library. 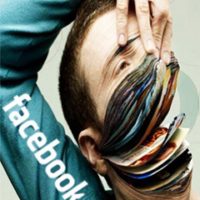