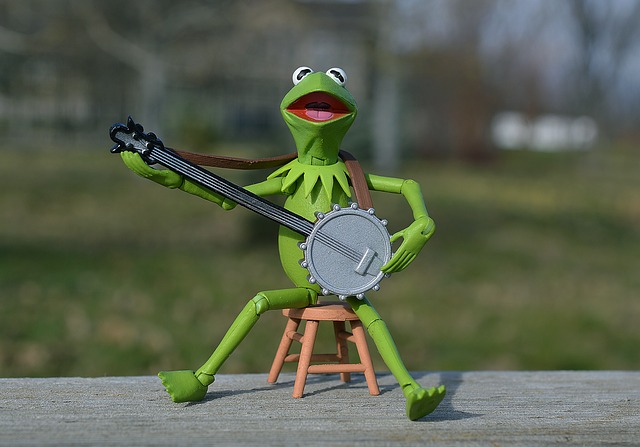 I absolutely love The Muppets. Maybe I just have a thing for banjo-playing frogs, but one of my favorite childhood memories was ending weekends by gathering round the television on Sunday evenings and watching the latest episode of The Muppet Show. It ran for just 5 seasons from 1976 to 1981, but its enduring impact on my childhood nostalgia remains intact. As such, I cheered when Disney recently announced that it would be featuring every single episode on its streaming service. My kids have seen other incarnations of the Muppets and appreciated the dry wit, physical slapstick, and often absurdist humor the Muppets have always been known for, so last Thursday evening, after school work was done and all their chores had been completed, we snuggled up in bed and watched a couple of episodes. But when we went to start the one with Steve Martin as the guest star, something odd happened. It seems that Disney now runs a disclaimer before shows that include racially insensitive, homophobic, or misogynistic material.

Now I don’t remember thinking the Muppets were racist or anything like that, so I wondered for a moment what could be so offensive about The Muppets. I mean- was Kermit the Frog dropping the “N’word” when interviewing Harry Belafonte or Ms. Piggy hurling racial epithets at Joan Baez? But bias can be more subtle than that. For example, in the Steve Martin-hosted episode I mentioned, Gonzo is pleading with Kermit to allow him to perform a dance with a block of cheese. Kermit replies that Gonzo could do the number with a male cast member, but Gonzo recoils at the suggestion, saying, “That would be weird.” I must say that in addition to inappropriately, if unintentionally, intimating that the gay lifestyle is deviant and wrong, it also seems highly hypocritical for a two-foot purple creature unidentifiable as any particular species and possessing a schnoz that best resembles an enormous, horribly-misshapen dildo to label anything else as “weird”. Still, Gonzo’s comment does serve to undermine the gay lifestyle and can easily be understood in a modern context to be insensitive, if not downright offensive.

But that’s just part of the equation here, isn’t it? That episode of The Muppet Showaired in 1976, during an era when latent homophobia was still socially pervasive and tolerated. It’s a product of a bygone era with greater ignorance regarding the plight of marginalized groups, and its content reflects the cultural perspective of the time.

As it turns out, Disney is now doing this with a number of controversial shows and films, providing the same disclaimer before the potentially offensive material. One such example is Dumbo. Now I haven’t seen that movie for years, but when I went to watch it now with a modern sensibility and cultural understanding, I was immediately shocked at just how wildly racist it really is. In one scene from the film, Dumbo encounters a group of crows who pay homage to racist minstrel shows, where white performers with blackened faces and tattered clothing imitated and ridiculed enslaved Africans on Southern plantations. The leader of the group is Jim Crow, a reference to the laws that enforced racial segregation in the Southern United States. Later, in “The Song of the Roustabouts,” faceless Black workers toil away to offensive lyrics like “When we get our pay, we throw our money all away.” It may not have occurred to me when I saw this film in 1977 that it was overtly racist, but seen through the lens of race relations in the 21st century, Dumbo has some serious explaining to do.

Now I’m not suggesting that we should cancel Dumbo, you know, take him out back behind the circus tent and put a bullet in his head. No, the answer here does not lie in banning the material altogether. We have to understand that this was a reflection of the times in which it was created. In 1941, those racial perspectives were entirely commonplace. That doesn’t mean we should turn our heads and blithely ignore the blatant insensitivity towards black culture either. Rather, I would suggest that Disney has actually toed the exact right line here. While they have not eliminated the offensive content, they haven’t let it slide either, bringing attention to it and allowing that disclaimer to bring awareness to the suffering of sublimated groups and spark a conversation about the pervasive societal views towards minorities, gays, and women during our country’s long, dubious history with marginalized people.

Of course FOX News immediately had to jump into the fray and start frothing at the mouth about how Disney was “cancelling” the Muppets. They aired an interview with Sen. Tom “I Wish Slavery Was Still Legal” Cotton who labeled the move as “outrageous and appalling” followed by Stuart Varney exclaiming “not even The Muppetsare safe from the woke mob.” The only problem here is that Disney did not, of course, cancel the Muppets whatsoever. None of the potentially offensive episodes were removed from the service, and none of the controversial material was edited or censored. They simply added a disclaimer, and that is precisely the right bargain to reach in this case.

When the disclaimer popped up before that episode of the Muppets, it compelled both me and my kids to stop and wonder what could have prompted Disney to include the disclaimer. As we subsequently watched the show together, our sensitivity to Gonzo’s homophobia was heightened, and it led to a productive discussion about how our society’s views towards the LGBTQ community has evolved over the years and where it could still see improved understanding going forward. Rather than canceling the past, Disney has seized this as an opportunity to spark a dialogue about historical marginalization in our culture. We don’t need to make these things go away because doing so doesn’t eliminate the checkered history they embody. They are cultural artifacts that can help shed light on our racial past and help push the discussion forward. Instead of cancelling the past and trying to make it go away, we need to investigate its roots and see what lessons it can provide in helping our society evolve towards greater acceptance of all people, be they black, or brown, or, well, green….