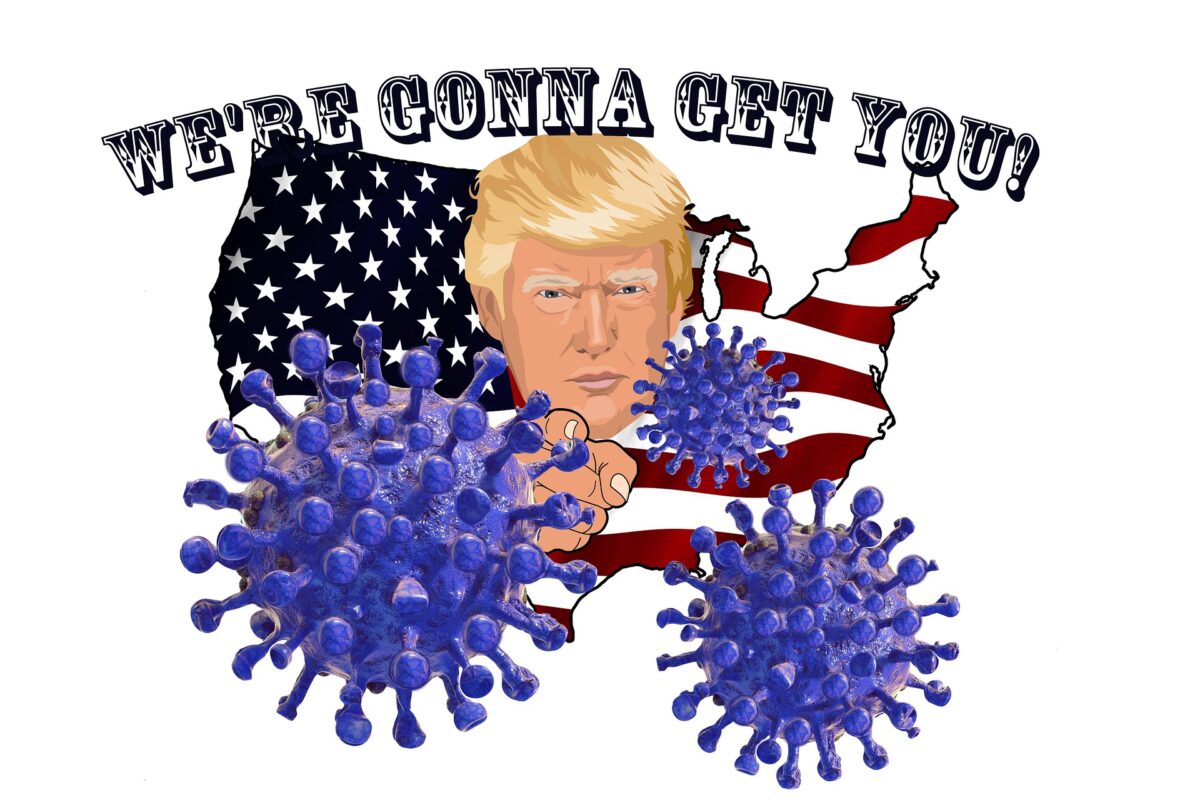 I’ll be honest with you, I always try to be at least a week ahead on writing TRUTH: In 1000 Words or Less.  It’s probably the only thing that keeps me sane.  Ok, my sanity might be debatable at best, but writing the column in advance keeps me from pulling all-nighters like I was some sort of coffee-fueled undergrad trying to finish my American Literature essay on Mark Twain’s use of localized vernacular.  So when the damning information from Bob Woodward’s book Rage was dropped last Wednesday upon the political landscape with the weighty impact of a nuclear explosion, I wanted more than 12 hours to digest that news and develop a perspective around it.  Now that we stand here a week later still shaking our collective heads in disbelief, I think I have finally found the words to express my outrage, an outrage I can only hope is shared by the rest of the American public.

But don’t get me wrong: I don’t expect this to be the nail in Trump’s coffin.  I’ve made that mistake before and ended up looking as foolish as one of Trump’s press secretaries trying to backtrack and cover up another one of his blatant, shameless lies (think Kellyanne Conway describing away Trump’s exaggerated inauguration crowd size with a suggestion of “alternative facts”) .  Yes, I remember back in October of 2016 when I naively thought that bragging about grabbing unsuspecting women “by the pussy” without their consent would signal the demise of Trump’s bid for the White House.  Back then, I grossly underestimated the cognitive dissonance and philosophical contortioning Trump voters were willing to endure in order to continue their unwavering support for a man they hoped would lower taxes, expel immigrants, pack the Supreme Court with right-leaning (read: anti-abortion) justices, and reinforce white privilege.  But I won’t make that same mistake again.  Having gotten much of what they were hoping for out of their Faustian deal with the devil, I will never again underestimate the willingness of Trump voters to sell their very souls in order to keep him in the presidency.  No, I now recognize that there is nothing this walking windbag could do that would cause his supporters to waver, or as Trump himself put it in a speech in 2016, “I could stand in the middle of 5th Avenue and shoot somebody and not lose any voters.”  Yeah, that’s fucked up.

But that doesn’t mean that should be the case.  The recent revelations from the Woodward interviews should be ample evidence to make every Trump supporter say enough is enough.  We all know Trump lies.  Ok, everyone who doesn’t sit there watching Tucker Carlson on tape each evening while donning their MAGA hat and swastika lapel pin knows he lies.  But this is different.  When Trump admits on tape that he knew the coronavirus was far more deadly and contagious than he ever acknowledged in public, that he intentionally downplayed the outbreak in order to avoid “a panic”, we all must stand up, regardless of politics, and say that this simply cannot be tolerated from an American president.

Now let’s be clear, loyal Trump supporters, this is not debatable.  There are no alternative facts.  This is not a political hit job.  This is the president in his own words during a sit-down interview that he knew was on the record.  During a February 7th interview with Woodward, the president acknowledged that this was dangerous, airborne, highly contagious, and “more deadly than even your strenuous flus”.  All of this came after national security adviser Robert C. O’Brien told Trump in a briefing, “This will be the biggest national security threat you face in your presidency.  This is going to be the roughest thing you face.”  Meanwhile, of course, Trump was boldface lying to the American public, insisting that the virus was “going to disappear” and “all work out fine.”  Even more disconcerting, Trump admitted that he was lying to the American public during an interview he did with Woodward on March 19th, “I wanted to always play it down.  I still like playing it down, because I don’t want to create a panic.”  Instead of alerting people to the dangers that Covid-19 represented to the community at large and the very real possibilities of a global pandemic, Trump choose to cover it up and keep this vital information silent, like he was paying off yet another pornstar.  The problem is that keeping this scandal quiet didn’t just cost him tens of thousands of dollars, it cost the American public, by many estimates, tens of thousands of lives.

Lying to the American public in the face of a national emergency is simply inexcusable, but it is the reason he did so that makes him a truly revolting human being and a self-absorbed narcissist (a term I don’t use lightly) because if you think Trump downplayed the corona virus because he did not want to cause some sort of panic, even though he has willfully fueled racial tensions and incited internal violence throughout his presidency, I have a degree from Trump University that I’d like to sell you.

No, count on Dr. Fauci (and who doesn’t love themselves some Fauci?) to expose the real motivations that lie behind Trump’s duplicitous and disingenuous corona virus response.  Fauci is quoted in Woodward’s book as saying, “His sole purpose is to get reelected.”  Listen, we can all disagree about politics and the various elements of character that should shape and define the presidency, but one thing I would hope that we could all agree on is that once an elected official puts themselves and their reelection before the interests of the American public that it is time for them to go.  Trump has broken the faith of the American public by concealing vital information that would have saved thousands of American lives and endangering our economy and way of life just in order to improve his own reelection chances.  Or as Biden termed it, Trump has engaged in a “life and death betrayal of the American people.”  Hopefully, this betrayal is finally the one that costs him the support of his loyal followers.  Otherwise, America will be just like one of his cheated-on wives and corona virus will be the pornstar we simply have to learn to accept.