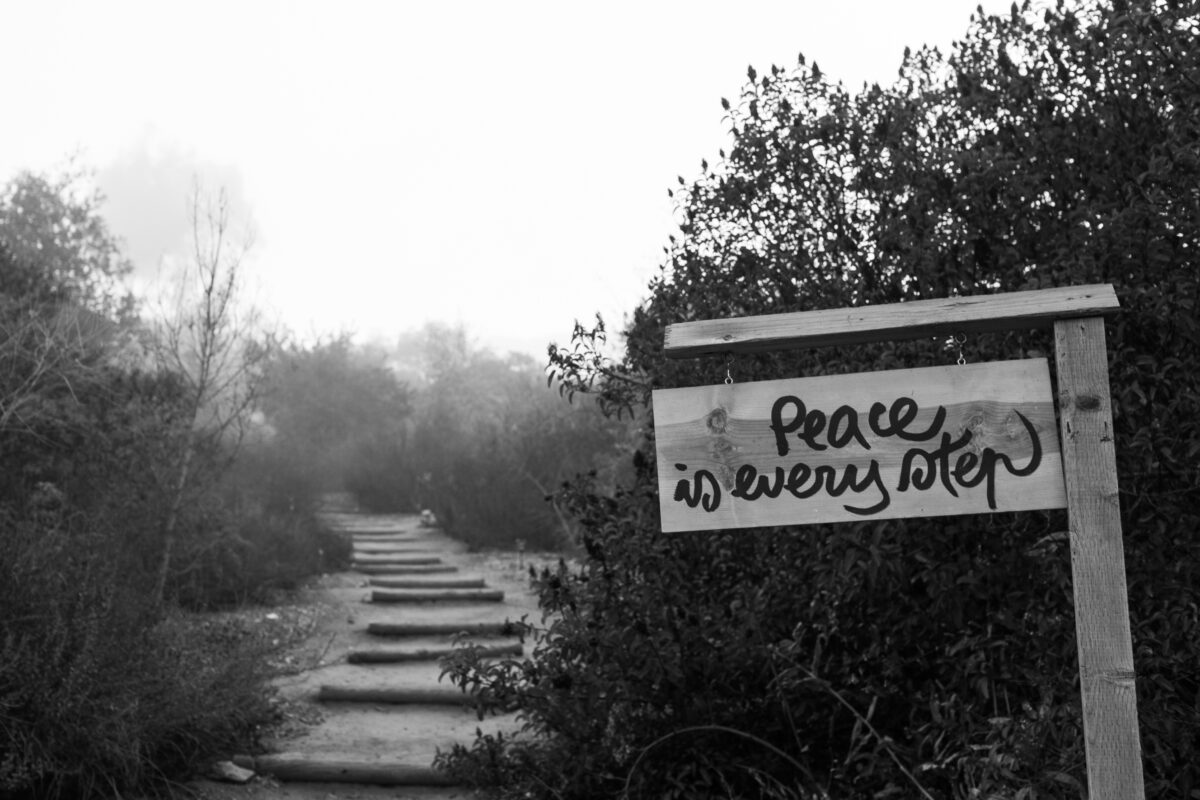 This will probably come as a surprise to absolutely none of you who know me, but I was an only child (all previous girlfriends feel free to insert your own personal snicker here).  As such, I was not privy to the world of sibling antagonism.  But the universe works in funny and mysterious ways, and so, what we are deprived of in our youth, we are bestowed with in copious abundance in our later years.  And thus I present to you my two eternally-bickering children.

Much to my chagrin, those two will argue over just about anything, including shit that did not matter to them in the slightest mere minutes before.  It’s enough to drive a sober man to drink (so imagine what it must do to me!).  In fact, we were playing golf together awhile back when they got into it once again over something utterly inane.

“Oh for crying out loud,” I finally snapped, “You two could argue over dirt.”

Moments later, as if the heavens themselves had laid in wait for just such an opportunity to demonstrate the existential irony of life, I hit a horrendous shot out of the middle of the fairway because, well, I suck at golf, and lo and behold sent a thunderous clod of turf flying through the air.  Picking it up where it landed, my daughter put it on her head and asked me if she could wear it as a toupee.

Before I could even respond with anything other than uproarious laughter, my son rushed over and yelled, “No way!  I saw it first!  It just happened to land by her!”

And that’s when I realized that my children were literally arguing over dirt.

Now, I know what are you thinking: those kids are hyper-antagonistic little jackasses who are too stubborn to even recognize that their nonsensical dialogue has devolved into some sort of absurdist drama by Samuel Beckett.  But are we as adults any better?  When was the last time you really stepped back and listened to yourself during a contentious argument with your partner?  You should try it sometime, but be prepared, you probably sound a lot like a squabbling brat.

How do I know?  Well, once again the shortage of childish antagonism during my younger years has been more than made up for in my adulthood.  Like many of us, I have buffoonishly made my point by strutting around my arguments, and the facts used to support them, like I was Foghorn Leghorn delivering his closing arguments in front of a Mississippi jury packed with nothing other than swooning chickens.  (“Well, I say, I mean I do declare, that cooking lessons do indeed make a mighty fine Christmas gift and that the jury should indubitably find my client Not Guilty of being a shitty-ass boyfriend and a borderline Narcissist.”).  Oh I made my point alright, constructing a staggering tower of impenetrable logic only to watch that thing get blown over like a house of straw in a gale force wind, as my partner simply glared at me and said, “Why can’t you just listen to me?”

And that’s just it, isn’t it?  Why wasn’t I listening?  The fact is that I was so engrossed in what I was going to say next, how I was going to respond, that when I was listening, it was only to think of how I could disprove everything that they were saying at that very moment.  I was like a lawyer at trial, furiously scribbling down mental notes, not about their legitimate feelings and concerns, but rather about why they were wrong to have them.  And that, my friends, is the essence of invalidation.

In the end, that is what our partners need more than anything in the midst of an argument: to be heard and validated.  Isn’t this why we raise our voices?  “Asshole clearly didn’t hear me the first time, so this time I’ll make sure he hears me.”  Yeah, because yelling always makes us hear things better, especially when we’re frustrated and emotionally charged.  No, raising our voices is just one  more notch on a never-ending scale of escalation and distancing.

Unfortunately, this was my pattern of communication for the better part of 48 years.  Arguments rarely led to resolution, and they often did not end well.  That’s when I started reading the writings of Thich Nhat Hanh, a world-renowned Buddhist scholar who speaks about mindfulness and compassionate listening.  Mindfulness is the state of truly pouring your entire being into whatever you are doing, of being fully present in the activity you are currently engaged in.  In a world where we are often multi-tasking or surfing our phones while doing other tasks we consider to be menial, mindfulness is dedicating your entire focus to that one thing you’re doing, be it sports, cooking, meditating, walking, sex, or, in this case, listening. Compassionate listening is then applying that same perspective of mindfulness to the fine art of listening to someone else.

When we listen compassionately, we do not think about counter arguments or where their perspective does not correspond to reality; we simply hear what the other person has to say, knowing that their emotions and perspective are valid for them and thus we need to hear those things in order to understand them.  We are not judging their veracity or weighing how what they have to say impacts us because our full attention is dedicated to understanding and validating their perspective.  Years ago I had a music teacher that taught us how to “actively listen” to music by focusing our attention on one particular instrument or aspect of a piece of music.  It’s truly amazing what you pick up when you do this.  The same is true of a conversation.

I’m not going to tell you that this crap is easy.  Like anything else, it requires practice to build up the muscle memory and stamina to do this effectively, but you will be shocked by how much this informs your perspective.  You may not always agree, but you will understand, and that helps us to have the empathy to then speak from our heart with love and compassion.  Your partner, having felt heard, will soften.

Now if I could just make this work for the children….