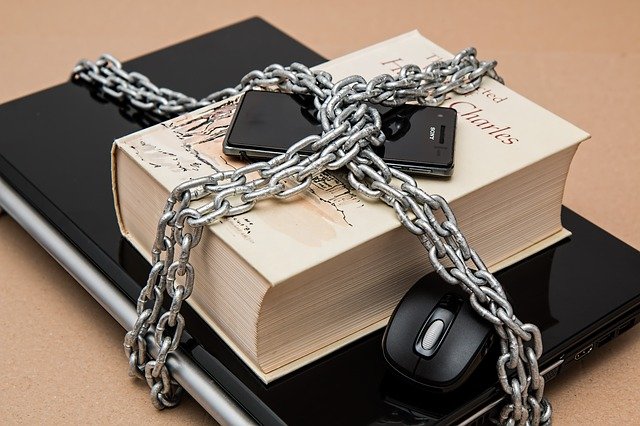 In the course of my illustrative teaching career spanning nearly a quarter century, I have taught just about every subject at some point or another. Yes, I’ve taught Physics, Algebra, Western Civilization, Chemistry, History, and of course, English. But of all the classes I have taught over the years, perhaps none enthuses me more than teaching Civics. Educating young people on the structure and underpinning of American democracy (well, really, representational democracy, but you get my point) comes steeped with the weighty responsibility of instilling in them the values that constitute the backbone of our society and helping foster their development into informed and mindful guardians of our time-honored Republic.

But a big part of that was that I was teaching children, young adults who had not yet become acquainted with the seminal documents that define American government. Recently, however, I have found myself having to spend far too much time educating uncultured heathens on the internet who clearly have not had the same engrossing and comprehensive background in American government which my students had, but which every citizen of this nation rightfully needs and deserves. You see, this whole experiment in representational government which our founding fathers devised two hundred years ago- it’s kind of predicated on the notion of a well-informed populace, but from what I’ve been seeing lately, this whole damn country needs a lesson in Civics stat.

The humorous point of all this, however, is that right-wing constitutionalists are just like their sanctimoniously Bible-thumping brethren: both of them like to piously spout a whole bunch of bullshit about a book they clearly haven’t read. The most recent example of this comes in the form of conservatives running around like Chicken Little with his head cut off, screaming about how “Big Tech” is infringing on their first amendment right to freedom of speech. The only problem, of course, is that these nincompoops have no idea what their right to free speech even constitutes.

Now I know this issue has taken on national prominence largely in the light of Trump being banned from pretty much every social media platform ever invented (I mean, I think even Myspace deleted the poor bastard’s account), but after four years of having to have just about every meaningful conversation somehow come spiraling back towards that vacuous windbag, I prefer to remove this issue from how this pertains to him. This is a much bigger topic than just one person.

It all stems from a singular misconception regarding the first amendment, which states, in part, “Congress shall make no law… abridging the freedom of speech”. This guarantees the individual the right to say whatever they want (with a few exceptions carved out for speech that represents a “clear and present danger”…hmmm, hmmm…starting an insurrection..cough cough) free of government retribution or prosecution. But just because you can legally say whatever the hell you want without fear of criminal charges doesn’t mean anyone owes you a platform for doing so.

We’ve actually had standards for limiting people’s whackadoodle ideas for years. It’s just that the rise of the internet has given people the false notion that they somehow are entitled to a forum to express whatever mental diarrhea they have pouring out of them. Remember when your crazy Uncle Harry used to write letters to the local newspaper complaining about the Communists taking over the school board? Yeah, they didn’t print them. You know why? Because your Uncle was fucking crazy, that’s why.

And so are so many of the conspiracy theories and misinformation being passed around the internet these days. I still see people posting desperate claims of election fraud in the midst of an insurmountable preponderance of fact. And just like the newspaper doesn’t have to publish every one of your uncle’s batshit editorials and the local television station doesn’t have to give him a daytime slot right after Ellen, so too can Facebook refuse to be a conduit for spreading deliberately false and misleading information. As a private company, they have the right to restrict content that forces them into becoming unwitting accomplices in the propagation of lies and propaganda. Facebook is not the government. They don’t owe you shit.

As the 2020 election approached, social media giants like Facebook and Twitter were unceremoniously placed in the compromised position of having to chart the muddled waters between censorship and propaganda. Knowing that their laissez faire policies regarding factual verification were manipulated to change the course of the 2016 presidential election, they no longer wanted to be the vehicles for political malfeasance. When the far-fetched allegations against Hunter Biden were published by the New York Post, they decided it was time to take a stand for truth. Pushed by immoral actors acting in bad faith to wield the elusive power of propaganda and eradication of truth, social media companies had to limit the conflagration of misinformation by fact-checking the lies they were being used to disseminate. In the weeks since the election, the dangerous consequences of such falsehoods have been seen in an insurrection based entirely on debunked lies surrounding election integrity. While Facebook and other social media companies cannot and should not quiet the free speech of these prevaricators entirely, they do have every right to remove them from their private platforms in order to protect themselves and the American public from their mistruths.

Like many, I am leery of the discretion being afforded the heads of these companies as they teeter on the sometimes blurred boundaries of censorship. Silencing some voices over others always smacks of a whiff of censorship, and that entails an enormous trust being bestowed on those making the editorial call. But censorship is founded in beliefs. As long as veracity and truth are the barometers of exclusion rather than an opposition of beliefs, a delicate line can be gracefully tiptoed by the deliberate arbiters of misinformation. And they are going to need to. Suddenly, there are a lot of crazy Uncle Harry’s out there demanding a right to be heard. But just because they demand it, doesn’t mean we have to listen.

When Your Heroes Turn Out To Be Assholes