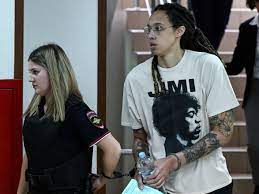 All of us should have a realistic perspective of our own relative fame and the power we wield thereof. This little column and its corresponding podcast, for example, have developed quite a loyal following, and in some circles, people actually know who I am and give a damn what I have to say. But I suffer from no delusions of grandeur that would allow me to fallaciously believe that I could turn that notoriety into some sort of Get Out of Jail Free card when it comes to local law enforcement and potential prosecution for any crimes I might chose to commit. This explains, in part, why I would never even think about flying on a plane carrying marijuana, which might be legal here in Colorado, but still remains an illicit substance on a federal level as well as in many destinations one might choose to travel to. Shoot, I wouldn’t even drive into Utah with a bag of weed because I am well aware that the state of Colorado is hardly going to perform some sort of massive extradition negotiation in order to get my dumb ass back for breaking a law I knew was in place. Yeah, I’m famous, but not that kind of famous. The same could be said for WNBA player Britney Griner.

For those of you who are currently unaware, Griner has spent nearly six months in a Russian jail cell after being detained on drug trafficking charges for bringing marijuana vape cartridges into the country. Griner, who plays center for the Phoenix Mercury, is one of the WNBA’s best players and also balls for a Russian team during the off-season. Many folks, including Griner’s wife and a handful of NBA players, have been advocating for Griner’s release, even suggesting that the United States should be more aggressive in its negotiations and put on the table a potential prisoner swap for Russian arms trader Viktor Bout, a man former U.S. Ambassador to Russia Michael McFaul called a “giant, horrific, real criminal”. And while I certainly feel for Griner and do not believe that anyone should be criminally prosecuted for something as trivial as the possession of small amounts of marijuana for personal use, I simply cannot be ok with the notion of giving up a highly dangerous criminal in order to secure the freedom of an athlete who absolutely should have known better.

Now let’s get a couple of potential arguments out of the way right from that start. Any reticence the United States may have in procuring Griner’s release has nothing to do whatsoever with her race, gender, or sexuality. How do I know this? Well, take the case of Paul Whelan, the former American spy who has been detained in Russia since December of 2018. Whalen is white, male and heterosexual, but none of that has bolstered his family’s efforts to advocate for his release. In fact, as Joe Biden recently recognized a national campaign to push the White House to negotiate for Griner’s release, Whelan’s family has put their arms up in the air and uttered an audible groan of “What the fuck?” After all, the reason Whelan has been weathering away in a Russian prison is directly tied to his patriotic service to our county. Griner, on the other hand, is a victim of her own stupidity, an unfortunate casualty of her own desire to smoke some weed in a country where she had to know it was illegal. So what then, is the plausible rationale for pushing to extradite Griner while allowing Whelan to remain in a Russian prison cell? The answer lies solely in her relative celebrity, a celebrity that might not be enough to get the job done.

On the one hand, those folks pushing for Griner’s release want to weaponize her status and fame as an athlete, but on the other, suggest that some inequity exists because she is not famous enough for everyone else to care. Let’s face it- if you or I got caught smuggling marijuana into a foreign country, no one would be holding rallies to try to compel the US government into negotiating for our extradition. No one would give a shit that you were now paying the price for your own misguided choices. I don’t give a damn what your race, ethnicity, gender or sexuality might be. You would be serving out whatever sentence they gave you, and the reaction of the American public would be a uniform, apathetic shrug of the shoulders. So why then should we be up in arms for Griner?

The fact is that we shouldn’t be. While I am empathetic to her circumstances and recognize that the Kremlin is using a fairly minor drug charge to exploit her as a bargaining chip, we should not be in the business of relinquishing serious threats to national security every time an athlete decides to bring weed into a country where it is explicitly illegal. Sure a conversation can be had as to why women’s sports continue to lag behind the prominence of the professional leagues of their male counterparts, but for those advocating for Griner’s release, you cannot on the one hand hold up her status as an athlete as the reason for granting her special treatment, then bemoan that her level of celebrity just isn’t enough to get the job done. If Margaret Atwood were captured by the Russians, of course there would be a much greater push for her release than there would be for yours truly. She’s just plain more famous than me. Which brings us to the lesson learned from this week’s TRUTH: In 1000 Words or Less– don’t bring drugs into a foreign country, unless you’re as famous as Lebron James or Margaret Atwood..

2 comments on “Famous…But Not Quite Famous Enough”