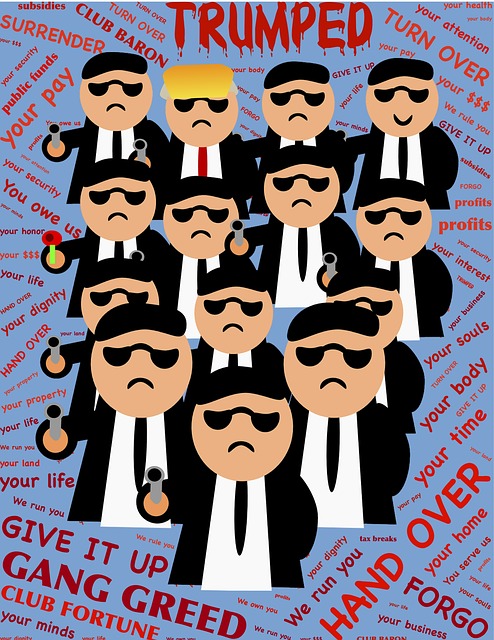 You know what, folks?  I take it all back.  All that stuff I’ve said for years now about how Donald Trump did not represent the values of this country- yeah, I was simply wrong.  Now, this column is not about that bloviating warthog, but I think it imperative at this moment in time to recognize how he has become the living embodiment of our nation’s dysfunction as we slide numbly but inevitably into our period of decadence.  The points of comparison are obvious.  As you watch the ex-Liar-in-Chief chow down on a bucket of KFC only to then strain to fit into a pair of tailored golf pants, we are instantly reminded of the gluttony that has beset our nation’s corpulent youth.  Likewise, when you see half of our nation so easily manipulated into continuing to believe the Big Lie regarding widespread voter fraud in 2020 despite insurmountable evidence to the contrary, who can help but not think of the Orange Creamsicle going on national television to proclaim the recuperative powers of hydrochloroquine all due to the highly dubious testimony of a “doctor” who had previously written about the corruption of our bodily fluids with demon sperm (and you thought Dr. Strangelove’s Gen. Jack Ripper was over-the-top satire!)?  Yes, we have become just that stupid, so much so that numerous hospitals had to treat patients who had swallowed bleach upon the recommendation of Trump himself.  But those are not what I am even referring to here.  No, what Trump truly highlights in our national disposition is selfishness- pure, unadulterated self-interest.

How else can one describe the shocking self-absorption we have seen sweeping our country as of late all in the name of protecting THEIR freedoms?  For years now, we have watched pathetically ignorant demonstrations of climate-deniers who have ripped their mufflers off their vehicles so they can intentionally thumb their noses at the environment.  Meanwhile, the American West is burning to the ground and East Coast hurricanes are becoming more frequent and devastating, just as climate scientists said they would.  But hey, too bad if you lost your home to fires, floods, or hurricanes.  These morons had the RIGHT to drive whatever car THEY want, and your house and the environment have to take a backseat to their God-given right to kill the planet we all live on with their pollution.

We have also watched as our Republican-controlled legislature passed tax cuts to benefit the wealthy, even though tax documents suggest that many of the wealthiest Americans don’t even pay their fair share of taxes in the first place.  Never mind that the schism between poor and wealthy has continued to widen to untenable levels; these rich bastards need to have even more of the economic pie known as our nation’s GDP, leaving mere crumbs for everyone else.  And what have they elected to do with their unrestrained wealth earned on the back of a quickly vanishing middle class?  Yeah, shoot themselves into space with penis rockets.  Go fuck yourself, Jeff Bezos.

But perhaps nothing better represents our nation’s mind-numbing descent into self-absorption more than the refusal of half our nation’s adult population to get vaccinated in the midst of a devastating pandemic.  Even as new cases of the highly contagious and deadly Delta variant continue to rise, these selfish assholes continue to thrust a giant middle finger into the faces of everybody else.  Screw the beleaguered health care workers who have been tirelessly devoting themselves to the well-being of everyone for almost two years but who are now again being pushed to the brink of mental and physical exhaustion caring largely for those who have willingly refused to get a simple shot in the arm, these unvaccinated folks have the RIGHT to deny science and refuse to get vaccinated.  And hey, it’s their choice, and their choice only impacts them, right?  Not exactly there, Jethro.

You see, when you live in a civilized society, our individual choices and actions often have complex and nuanced impacts on all those around us.  As we witness a surge in hospitalizations, our health care system is again being pushed to its inherent limits.  Other needed medical procedures, many performed in the name of preventative care, are having to be pushed to the back burner as hospital beds and other resources are consumed in the care of largely unvaccinated Covid patients.  Meanwhile, the CDC has revised its mask mandate, and many kids who have already endured an academic year of loss and strife will be forced to go back to wearing masks in classrooms again in the Fall.  But they won’t be alone.  Mask mandates are coming back throughout the nation, all so the exact same people who balked petulantly at wearing masks in the first place can now go about putting their misinformed politics ahead of the national interest and avoid getting vaccinated.

In recent days, I have found myself going back to wearing a mask in certain settings, and why?  After all, I’m fully vaccinated, and while there have been some breakthrough cases in the vaccinated population, estimates are that 98% of the Covid hospitalizations and deaths are occurring in the unvaccinated population.  So why should I give a damn about helping protect these self-involved idiots from a ravaging illness?  Because unlike them, I actually give a shit about people other than myself.

Ironically enough, many of these unvaccinated science-deniers recant their uninformed decision once they are sitting on a ventilator desperately grasping for the breath of life.  But that only serves to highlight the selfishness that underlies their decision-making.  It is only once Covid has hit THEM, has wreaked havoc on THEIR personal well-being that they finally decide that maybe they should have listened to the countless world leaders and epidemiologists pleading with them to get the vaccine.  In the end it is this limited perspective that all that matters is what happens to you that serves to underscore the selfishness that defines the modern American mindset.  So yes, I guess we really do have a lot in common with our former president.  Except even he was smart enough to go and get himself vaccinated.