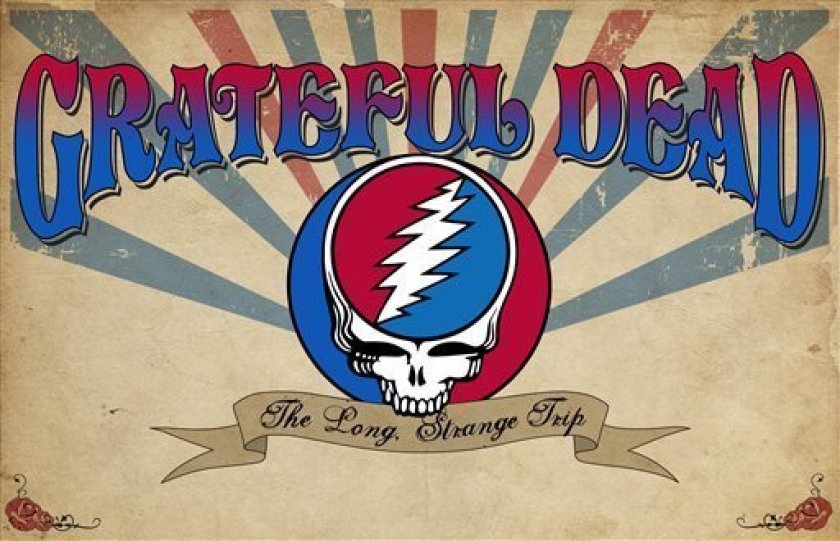 In reflecting back on my years of listening to the Grateful Dead, there are many fond memories I have of the experience and many more that, for reasons I shall decline to explicate here, I am no longer able to recall.  But music, especially in the world of recorded audio, lives in the eternal present, and my affinity for hearkening back to shows of yesteryear is a common and well-honored tradition in my household.  Just the other day as I drove my 12 year old daughter down into town, a 1977 version of “Bertha” came pouring over the speakers of my 2012 Honda Pilot and my daughter, in that truly sublime way she has, just started moving, entirely subconsciously, to the groove.  I envied her for a moment, hearing it for one of the first times, and then settled back into the knowledge that it most certainly would not be one of the last.

It got me to thinking for a moment, and it is hard to wrap your head around sometimes, but it has genuinely been a quarter of a century since Jerry Garcia left us.  Twenty-five years- almost as long as the Dead actually played with Jerry.  From Further to Dead and Company, there have been nearly as many years of various post-Jerry incarnations of the Grateful Dead as there were Garcia years once the band officially changed its name from the Warlocks.  And while some remarkably talented guitarists have stepped up in those projects to try to fill the giant shoes Garcia left, most notably the recent inclusion of John Mayer for Dead and Company, no one could ever replace the iconic presence that Jerry Garcia’s legacy left upon the Grateful Dead.

Now I’m not one to shit on John Mayer.  Quite the opposite, in fact.  I loved Mayer long before he ever started hanging out with Bobby and the boys.  I’ve always felt that he was unfairly pigeonholed by “Your Body is a Wonderland” into being some sort of cheesy pop star, but if you have actually listened to anything he has written in the nearly two decades since he wasn’t in his early twenties, he crafts sophisticated songs with a flair for sincere musicality.  And that boy can jam.  Because he has always been seen as a pop star, his guitar playing is criminally overlooked.  I was blessed to see about two dozen Jerry shows, but it was John Mayer that hooked me when my friend Stacey offered me a Dead and Company ticket a few years back, and the shows I have seen since are comparable to some of the best shows I saw in the 90’s. And that same 12 year old daughter mostly knows the Dead as the band John Mayer now plays in.  In fact, I hate to say this amongst fellow Deadheads, but strictly as a guitarist, John Mayer is a more technically-proficient player than Jerry was.

But that is pure and utter blasphemy to many self-respecting Deadheads.  In fact, the heresy I just dared to verbalize- that right there already had scores of haters running to their keyboards poised to scribble out some hate-filled invective into an internet firestorm of rage.  I can feel their vitriol right now as I type this sentence, even though my words have yet to even materialize before them.  And I am not sure that the irony of that is lost on them or not.

Because you see for Deadheads, Jerry was not merely a guitarist and a singer, he was an idol of worship, even if a false one at that.  In the years since his passing, and even well before that, he had become a symbolic figure of something far greater and his likeness has adorned everything from t-shirts to neckties to beach balls and everything in between.  His legend has grown into something akin to a cult following, and yet it was one that Garcia himself eschewed.  Jerry spoke out on social issues very little in large part because he knew the power he wielded and never wanted to be a source of indoctrination or widespread political influence.  Rather what he wanted to be was a musician who provided the joy and the light and let the people do the thinking for themselves.

The one message Jerry did consistently have, through his music and his voice, was one of love, inclusion, and tolerance.  He welcomed various perspectives into the tent from free-flowing hippies to the Hell’s Angels and was even more inclusive when it came to jamming with musicians from across the musical spectrum, including folks as diverse as Sting, John Lennon, Clarence Clemmons, and Pete Townsend.  I once saw the Dead bring jazz legend Wynton Marsalis up on stage for an “Eyes of the World” that made its way onto their album Without a Net.  An improversationalist to his core, Jerry embraced an open dialogue spoken in the soulful language of music, and all were welcome to join.  That was what defined him.

But go onto many Grateful Dead Facebook group sites or listen to many of the folks still gathered in parking lots before shows, and they will rip someone apart for expressing an affinity for anything non-Jerry.  Anything less than obsequious homage to the patron Saint of Jerry and they will lay down more sanctimonious, holier-than-thou bloviation than Jerry Falwell after a salt shaker full of cocaine.  Seemingly unaware of just how much their lack of tolerance flies in the face of the spirit of the very legend whose name they seek to invoke, they will lash out with a fury of self-professed musical knowledge and reign their fire and brimstone of superiority down upon an unsuspecting heathen who dares to question them.

It’s funny, of course, that I have written similar things about religious adherents and their moral hypocrisy, but I guess in some ways, The Dead really is something of a religion of its own.  And perhaps that was exactly what Jerry himself was trying to avoid- a worship that perverted the very mission of the music he was trying to create.  I feel fairly positive that Jerry would have loved nothing more than to jam with John Mayer, even if the people listening didn’t fully grasp its weight and the vibe they were throwing down.  But I know one little 12 year-old Deadhead that sure as hell would, and she wouldn’t give a damn how anyone else felt about it.