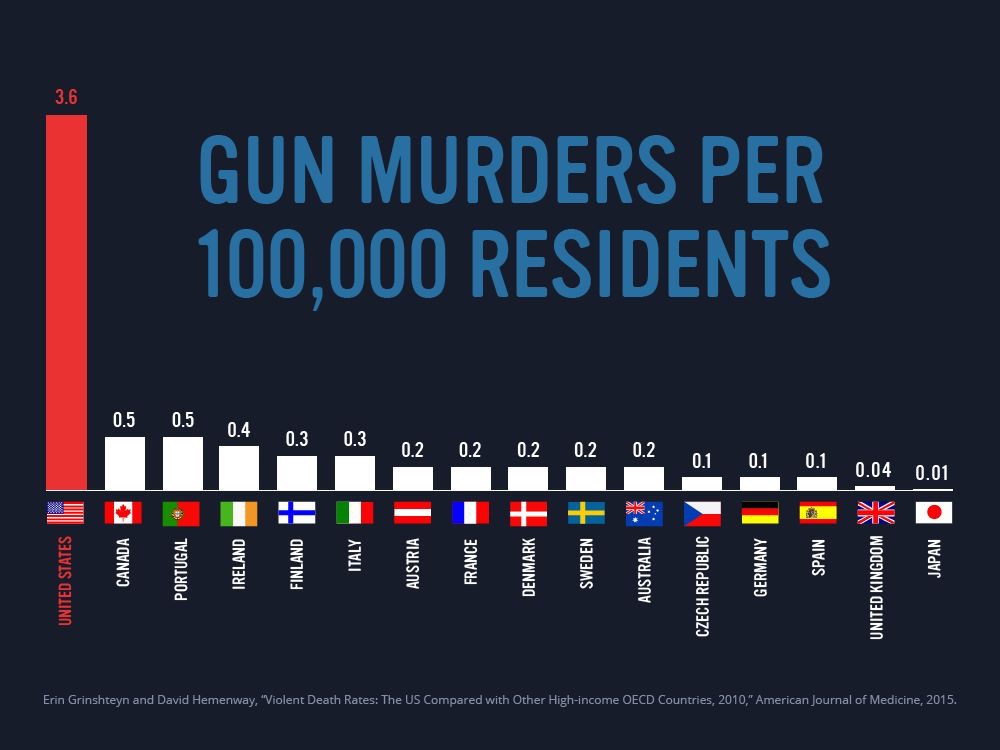 When is Enough Enough?

I like listening to other people, even when they are horribly, inconceivably misguided.  I pride myself on truly hearing both sides of a debate, though I may be resolute in my position.  I know that’s somewhat hard to believe coming from someone who writes an opinion column on a weekly basis, but I don’t think I could take a single thing I say seriously if it weren’t for the simple fact that I at least try to keep my opinion relatively informed with a full spectrum of diverse thoughts on any given matter.  But sometimes it just becomes difficult not to see the gaping logical holes that can be shot through a particular perspective.  And with the recent school shooting in Florida, the argument of gun advocates pushing back against sweeping gun reform legislation in the light of devastating tragedy after devastating tragedy seems to be full of more of those holes than a target practice human outline at a local shooting range.

This became patently obvious to me the other day when I was scrolling through Facebook, which I have to learn never to do in the wake of yet another school shooting.  I came across the meme pictured above, and I just about lost it.  Accompanied by a picture of a soldier, it reads, “One way to stop school shootings.  Place 3 armed veterans in every school.”  Oh where to begin?  You do realize that these veterans and retired police officers aren’t going to do this for free, right?  Even at a minimum salary, to hire three guards for each of the 125,000 public schools in the United States would come with a whopping price tag of two billion dollars.  Suddenly, the same NRA-funded GOP contingent that just slashed the funds for educating our children now has two billion dollars lying around to put armed guards in every school rather than tackling common sense gun reform?  We should be hiring teachers to reduce class sizes not armed guards.   But thanks for the suggestion.

Still, this is just one of the preposterous, unviable notions being floated out there by gun advocates trying to defend against a current outcry for common sense gun control.  They suggest, for example, that the issue is not guns but mental illness.  Listen, no one is going to suggest that implementing programs to address mental illness should not likewise be a priority, but that doesn’t have to be mutually exclusive of also working to get the guns out of these people’s hands in the first place.  Funny, that other nations that also have people with mental illnesses but have common sense regulations on gun ownership don’t have the same problem with widespread gun violence.  But what does our president do?  Last February, Trump quietly signed a bill into law rolling back an Obama-era regulation that made it harder for people with mental illnesses to purchase a gun.  Well done, NRA…

Of course, the long-standing tactic of gun advocates is to suggest that guns don’t kill people, people kill people.  Yeah, buddy, but I think the guns help.  Don’t believe me?  When was the last time you saw someone take out forty-five people in a school cafeteria with a box cutter?  Fact is that our rate of gun-related fatalities is seven times higher than any other Westernized nation.  Seven times!  C’mon, are you folks really going to imply that this is not because of the fact that there are more guns in this country than there are people?  At some point you have to acknowledge a simple principle of causation here and not just throw this down to some inconvenient point of haphazard correlation.  Again, the bullet holes of logic leave this idea unable to carry any water.

But then they fall back to the bumper sticker slogan they love to throw around: “If guns were outlawed, only outlaws would have guns.”  No.  Untrue.  Patently false.  Gun buy back programs have been widely successful in places like Australia with virtually no side effects, and guess what has been the result: no mass school shootings since the laws were enacted in 1996.  This is because the number of guns has been drastically reduced, with assault rifles eliminated entirely.  Australia has proven that you don’t have to ban all guns from all people in order to curb the rampant spread of gun violence throughout the nation.

“But,” the gun advocates decry, “We have had guns in this country for three hundred years and our forefathers thought to give us the second amendment.”  Yes, and they also thought slavery and denying women the right to vote were great ideas too.  So let’s rein in the almighty bow to our divine ancestors, and recognize that when they guaranteed the right to bear arms, they were talking about muzzle loaders that would have taken days to mow down an entire high school, not minutes like the AR-15 military assault rifle that seems to be all the rage with mass shooters these days.  They didn’t have mass school shootings circa 1791, so let’s evolve our approach to the second amendment and consider the context of the violence-fueled age we live in and the problems it presents.

There have been twenty eight school shooting since the beginning of the year.  For crying out loud, with the rate of vacation days and snow days my kids have been seeming to get this year, I’m pretty sure they have barely been in school twenty-eight days so far this year.  We are nearly averaging a mass shooting for each and every day of the calendar year at our nation’s schools, and we are still debating the need for sweeping action to finally address the issue of gun violence.  Let’s stop firing blanks of incompetence and inaction that let a minority funded and voiced by the NRA dictate our nation’s gun policies.  It is well past time to enact common sense gun legislation that truly hits the mark.