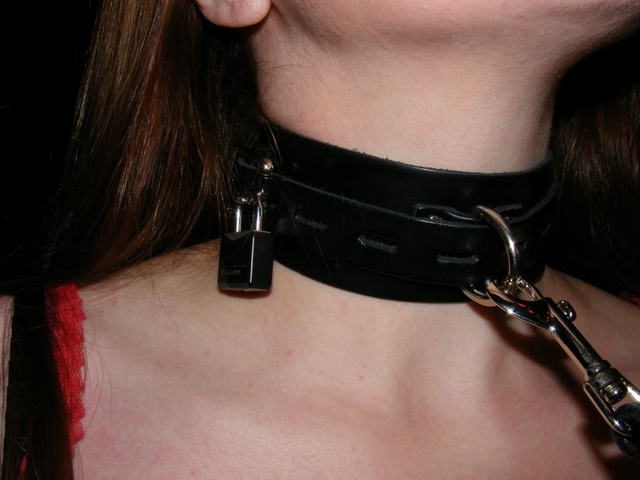 Making Someone Your Bitch, Literally….

You ever see something out in public that is simply so disconcerting that you just have to avert your gaze and hope that the recurring image doesn’t haunt your dreams for the next several weeks?  And no, in this case, I am not referring to the corpulent woman you know you are going to encounter at Wal-Mart wearing oversized pink sweatpants with a tube top so tight that her midriff, and perhaps more importantly, the majority of the length of her butt crack, is exposed for the whole wide world to see.  That I can shrug off with relative ease.  No, in this case what I saw sent a seismic shock wave reverberating through my core beliefs that instead of revealing too much skin, showed to me two contradictory parts of my own value system.

Before I go on to tell you what ate at my philosophical sensibilities, let me preface this by saying that I am no moral prude.  I can pretty much give two figs and a banana what anyone does of their own accord and on their own free time.  As long as everyone involved is a consensual participant, folks can do whatever the hell they like as far as I’m concerned, and anyone else who wants to put their own two cents in on the matter should take their hangups back into their own miserable relationships and try fixing that instead of telling everyone else what to do.  So I come at this from that perspective…

Which is exactly what made this sight so thorny for me.  You see, in addition to trying to be open-minded and non-judgmental, I also happen to be a feminist.  I might have even written on the topic in TRUTH: In 1000 Words or Less from time to time.  As such, when I looked over at a concert recently and saw a couple where the young, heavily-tattooed waif was attached to her even more tattooed and hardly emaciated boyfriend via a leash that ran up to the spiked dog collar she had around her neck, my immediate reaction was disgust.  Ok, first it was probably laughter, but then it really was disgust.  It was a shock to my feminist sensibilities with an implied state of ownership.  My feminist studies have taught me all I need to know in order to decipher subtle overtones of misogynistic debasement based on gender.  And this was hardly subtle.  I mean, this guy was literally making this woman his bitch.  It was all I could do to refrain from going up to this young woman who I did not even know and emphatically implore her to have some dignity and self-respect.  I wanted to tell her how wrong it was to let a man dominate and subjugate her in this way, to inform her of the long history of patriarchal subversion of female autonomy so that she would yank that collar off her neck and throw it down at his feet. But if I had done that, wouldn’t I be the patriarchal male douche bag telling her what to do?  Wouldn’t I really be the one who was taking away her right to make her own decisions just because I found the symbolic gesture so offensive?  Suddenly, I found my value of feminist empowerment butting heads with my deeply engrained belief of individual liberty, and my head felt numb from trying to resolve the irreconcilable debate.

And that’s where the emotion of fear probably came in handy and saved the day, because let’s face it, there was no way in hell that I was going to actually say a damn thing to the girlfriend of a guy who had the guts to put a dog collar around his girlfriend’s neck lest he physically force me to put it around my neck next.  And while that decision may have been rooted more in sheer intimidation than moral conviction, I honestly believe that was the correct course of action given the circumstances.  While I may not be aware of all the nuanced power relationships that go on in that coupling, and truth be told, probably don’t want to, I have to assume that this was a consensual decision on her part.  She was out in public.  She could run if she wanted to.  She could scream, “How dare you?  Get this thing off of me!” and fifteen guys would come running to help her.  But instead she sat there comfortably licking a snow cone, a willing participant in the entire spectacle.

And if that is her decision, however much I may or may not agree with it, or even if it suggests to me a horrible degradation of the feminist perspective, the whole point of the feminist movement is to empower women to make their own decisions.  If a woman makes the volitional choice to stay home and raise her children, shouldn’t the feminist in all of us celebrate her autonomy rather than judging her by our own personal standards of empowerment?  If we tell her what she should or should not do in order to conform to our understanding of feminist values, aren’t we robbing her of the personal liberty the feminist movement fought so hard to attain for her in the first place?  So I am here to stand up for women’s right to make such decisions for themselves, even when they might seem offensive or misogynistic to me.  That, in the end, is the real essence of feminist empowerment.  But I would still like to take back the Wal-Mart lady’s decision to wear that tube top. 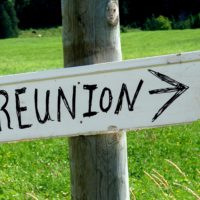 2 comments on “Making Someone Your Bitch, Literally….”