How did we come to this America?  Is there anybody out there that really believes that this shit show of an election was what the founding father’s had in mind when they penned the Constitution?  I’ve read it from beginning to end, even quite carefully a couple of times when I was in law school, and I have to say that I do not recall anything about turning our representative democracy into a traveling sideshow filled with personal insults, one-liners, and dick jokes. I know we have been the laughing stock of Westernized nations for some time now, but it seems to me that the current election cycle has sent us plummeting off a precipitous cliff of preposterous moral depravity.  When shit gets this bad, it starts to make you think that no matter who wins it might just be time to join Ted Cruz’s parents and head to Canada.

Which of course has Donald Trump ramping up xenophobic charges regarding the birthplace and citizenship of yet another candidate (Hawaii isn’t really part of the United States, is it?).  The problem is that the least offensive thing about Ted Cruz is that he was born in Canada.  Can’t Trump just go after him on his stance about immigration?  Or abortion?  Or his views on deregulation of the banking industry?  No, stop being silly- nobody listens to that crap anymore!

Just this year alone, our nation will spend a whopping five billion dollars on the 2016 presidential campaign (yes, that’s billion with a “b”, said in the humorously menacing tone of Dr. Evil with your pinky pointed towards your mouth).  That’s ten times the annual budget for PBS, which I hope, even if you hate the very idea of it, we can all agree is far more enlightening and informative than the crock of regurgitated bullshit pouring out of the mouth of all of these candidates.  In the U.K., political parties are limited to spending $30 million per election, yet somehow they manage to have a populace that is much better informed regarding the various stances of their candidates.  Instead, and I wish that this was a humorous exaggeration on my part but it’s not, we have debates where penis size and the hotness of other candidates’ wives are actual subjects of the conversation.  This is what $5 billion is getting us?  We need a refund.

And how fucking long has this been going anyways?  The Republican field started with something like 16 candidates, and it has taken us a year to get down to these two pompous windbags?  You must be kidding me- it all comes down to the choice between a giant douche and a turd sandwich.  Our presidential election cycle has grown to an 18 agonizing months, while in Canada their longest recorded election was 10 weeks.  Does it really take us 18 months to realize that Donald Trump is a self-aggrandizing asshole?  I think most of us realized that after a single episode of The Apprentice.

And somewhere sitting back watching the whole debacle unfold before them, chortling gleefully as they watch the nightmarish spectacle, are the true powers that be, the people that really run this country.  Oh so you think the president runs this country?  Silly, silly child.  Despite all the contention over Obama’s “Socialist agenda”, what has he really been able to get through Congress in his eight years in office?  Obamacare, a health care platform that still feeds people to privately-run insurance programs?  Obama had to scrap his plan for real reform of the health care industry as soon as he realized that even the president of the United States backed by a majority in both houses of Congress didn’t have the political clout to beat back private insurance companies.  Even the reforms he has been able to put in place following the utter collapse of the financial and banking industries that devastated millions have been insignificant and undermined by Congressional pushback for further deregulation.  Say what you will about Obama, but he has not had any significant impact on how power or money are allocated in this country as the division of wealth continues to widen to unsupportable levels.  Whether you agree with Obama’s policies or not, one thing both sides of the political line can agree on is that their greatest frustration lies with the political stalemate- the clusterfuck of inertia that leaves this country unable to make any significant changes in the status quo.

Because who, after all, benefits most from keeping things exactly how they are?  Just follow the breadcrumbs of political influence, little swallow.  It is those that are profiting from the system just at is, a tangled mess where nothing gets done, that revel like cackling hyenas in the sideshow of dick jokes and family insults that detract our attention away from the real problems that are crippling our nation.  While you and I are gripped to CNN or FOX or whatever else poses for a “news channel” these days, they are the proverbial fox in the hen house, robbing you blind while you are glued to the hideous car wreck of a presidential race from which you just can’t avert your gaze.

Personally, this whole mess makes me feel the urge to take a long, communal hot shower- to get the stink off of us of political corruption and dirty politics.  We need to cleanse ourselves of the influence of corporate money in politics, to expel those who buy our democracy with the overt intention of weakening it so that they can have free reign over our once-great nation.  But to truly make America great again, what we really need to do is get the money out of politics by overturning Citizen’s United.  Unfortunately, I know only one candidate who is not beholden to corporate interests and who might, just might, be willing to take the risks associated with generating change in how our beleaguered systems operates.  His name rhymes with something like “fern”.  Feel the Fern! 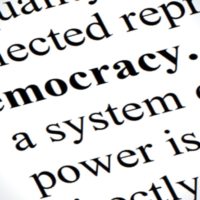 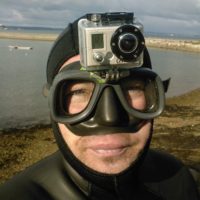 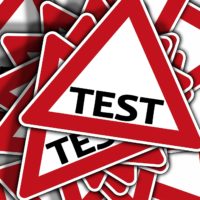