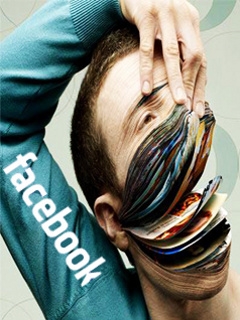 Does Facebook Know You Better Than Your Own Mother?

Do you use the internet?  Yeah, me too.  Which is precisely why the recent revelations regarding data trolling and Russian hacking have me just about set to soil my knickers.  This is some scary stuff, folks: worthy, I’d say, of yet another two part series in TRUTH: in 1000 Words or Less.  Because sometimes you’ve got just too much to say to keep it under a thousand words.  Plus, you folks know how much I love two-parters.  This week, we’ll focus in on how Facebook knows more about you than your own damn mother.

Last week, Facebook’s chief executive, Mark “I Hated My Youth So I Stole Yours” Zuckerberg, went to Capitol Hill to explain to members of Congress how the detailed personal information of 87 million Facebook users in the United States ended up in the hands of a voter-profiling company called Cambridge Analytica.  Seems Facebook unwittingly steered the 2016 presidential election by allowing this political firm hired by Donald Trump to access users’ data such as likes and friend networks, which the company then analyzed to determine very precise personality tendencies and profiles.  This allowed them to meticulously target various users and tailor messaging, much of it actually fake, directly to specific audiences that might be susceptible to that individual political branding.  This is the exact kind of stuff you saw on House of Cards and thought to yourself, “Yeah, there’s no way that could happen.”  Oh, but it did.  And it probably changed the course of the 2016 election.

But that’s not even the worst of it.  Because Facebook isn’t just collecting data on your activity while on their site.  No, Facebook’s data-mining practices use different types of tracking software to follow consumers’ activities on millions of non-Facebook sites all over the web.  According to Representative Debbie Dingell, a Democrat from Michigan,“It doesn’t matter whether you have a Facebook account.  Through those tools, Facebook is able to collect information from all of us.”

Now, we’ve all had the experience of doing some online shopping for some item or another (let’s say kitchen tables, for example), all while on non-Facebook affiliated sites, only to have ads pop up for kitchen tables from all sorts of retailers the moment we logged into our Facebook account.  Most of us were smart enough to put two and two together and recognize that Facebook was harvesting data to allow its sponsors to directly advertise to potential consumers that were in the market for their particular product.  Sure, it probably creeped you out a bit, perhaps even left you annoyed with a few choice words aimed in the general direction of Facebook itself, but what we now have to realize is that this data collection goes far, far beyond selling a few more kitchen tables.

Facebook is collecting, analyzing, and manipulating information on each and every one of us in ways we never dreamed of and using it to precisely hone in on every intimate detail of what we naively thought was the privacy of our own lives.  And if the recent misuse of this data by Cambridge Analytica has taught us anything, it is that this data can and predictably will fall into the wrong hands of those who would use it for the purposes of political manipulation, willful distortion of the truth, and blatant propaganda.  It is a cautionary tale of how the data Facebook is compiling about us can and will be used against us.

And while several European nations have been successful in curbing some of Facebook and other similar media companies’ more pernicious practices of privacy invasion, lawmakers in the United States have been reticent to do seemingly anything about it, much to the consternation of consumer advocacy groups who suggest that Facebook continues to push the envelope on what may or may not be permissible.  The latest concern stems from facial recognition software that allows Facebook to mine through all known pictures of a person in order to develop certain recognizable facial features and then ascribe future images to that individual.  With cameras now almost a ubiquitous feature in the public sphere, this would allow Facebook, or anyone who gets their hands on their data, to know exactly where you go and what you do.  They’ll know whether you went to the NRA rally in Charlottesville or attended the Earth Day celebration at the local park.  But hey, don’t worry folks in the KKK- Facebook won’t be able to recognize you through that white bedsheet you wear over your head.  Who would have thought that the klan would be so far ahead of its time in outsmarting how to get around Facebook’s invasive facial recognition software in 2018?

The rest of us, however, should be very worried indeed.  Big Brother, as Orwell envisioned it, will not come in the form of government but rather industry-driven totalitarianism.  Facebook, unbeknownst to all of us until now, has been leading us dangerously down that road already, and if we don’t demand that our lawmakers stand up to end this threat here and now, it will soon be too late to track back up that slippery slope of eroding personal privacy.  And I, for one, don’t want to see that happen.  After all, I don’t want Facebook, or my mom, knowing which porn sites I go to. 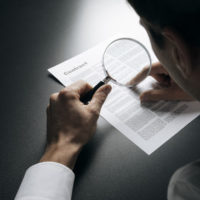 Fed Up With All Those Hidden Fees