I must admit I have grown weary of folks whining about the inefficacies of government and bemoaning their own personal inability to manifest meaningful positive change.  I empathize with their perspective that making progress in government at this point seems a Sisyphean task, with the added bonus that ordinary folks are currently being steamrolled by the rock on the way back down the hill.  But we are not as powerless as we might resign ourselves to being.  In a free market society gone amok, we still wield the ultimate weapon: money.

Too often you hear folks decry the current state of political gridlock and inaction only to conclude, “But what can I do about it?  I’m just one person working against a system intended to squash my opinion anyways.”  But you are not just one person because we all feel this way.  We all feel like we are smashing our surprisingly thick skulls against the concrete wall of political inertia.  But if we pause in our self-mutilation just long enough to consider what feeds this corrupt system, we might come to recognize that our power comes in our collective will to blow this shit sky high (that’s a metaphor in case that’s not clear for all of you CIA folks trolling the internet for anti-government rhetoric).

We all know that giant corporations are taking the whole damn country over, but who’s giving them the money they are turning around and dumping into the elections that allow them to wield inextricable political clout?  That’s right- our dumb asses.  So let’s stop doing that.  In this post- Citizens United world where money buys anything, including elections, each dollar you spend is an implicit show of support for the political and social ideology represented by the person or corporation you give it to.  It’s about time we waken to the potential impact our collective spending can have and become more intentional about which businesses we choose to support with those funds.

Let’s start with Monsanto.  Exactly- fuck them!  Even their name sounds like they are the more sinister, evil cousin of Mephistopheles.  We all know these greedy bastards have genetically altered our food so substantially that it will take generations to fully comprehend the damage they have wreaked.  And yet we keep buying their products so that they have enough resources to hinder the passage of even the most basic labeling legislation put before voters in several states.  But if we just sent them packing by refusing to buy their crappy ass mutant food, their ability to influence politics would dry up like the artificial cream product in one of their Twinkies.

Likewise, many of us rue the slow erosion of mom and pop stores throughout the United States.  We bemoan how big box stores and malls have taken over the retail landscape during the course of the last few decades.  But don’t be fooled- you did get to vote on this, and the vast majority of us blindly voted for it and still do by shopping there.  Walmart is as ubiquitous as cow dung on the streets of Mumbai because we keep giving them our money instead of supporting local businesses that crumble with the loss of revenue.  Yes, we voted for cheap, inferior crap from wholesale retailers and we got what we wanted- good and hard.

Stop and consider the political causes bankrolled by businesses before giving them your money.  In fairness, not shopping at Hobby Lobby is hardly a serious sacrifice, but I refuse to shop there because these jerk bags actually went to court to avoid paying for health care plans for their employees that included contraception, apparently so that they can deny the unfortunate souls that have to work there even the basic ability to have sex without the fear of an unwanted pregnancy.  If Hobby Lobby wants my money, they can go fuck themselves, which is, sadly, also apparently what their employees will be forced to do.

Of course we can’t single-handedly change corporate influence with our own personal conscious consumerism, but if we all become more sentient of the power we wield with each dollar we spend, eventually we might just make the difference we believe we are incapable of.  Or we could also just go work for Hobby Lobby- I hear they have a great health plan… 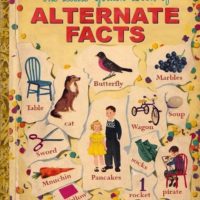