Perhaps the Dog House Isn’t So Bad After All

Years ago, in a short story collection entitled Welcome to the Monkey House, Kurt Vonnegut penned one of my favorite enigmatic short stories, “Thomas Edison’s Shaggy Dog”, in which he humorously hypothesized that dogs were actually infinitely smarter than their human “masters” but merely acted inferior in order to maintain the luxurious lifestyle provided to them by the owners that dote on them hand and foot (or in this case, I guess I should just say “paw and paw”).  If you’ve never read it, you should; it’s seriously funny.  Meanwhile, Universal Studios is set to release it’s latest animation blockbuster, The Secret Life of Pets, presumably predicated on the surprisingly fulfilling and interesting life cats and dogs have when we are not home.  Both stories will leave you shaking your head the next time you hang out with your favorite canine companion, wondering if we really know nearly as much as we think we do about what’s going on in those large, lovable heads of theirs after all.

I have given this issue some thoughtful consideration, and I must say that I come down here and now on the side that says that you can’t be all that smart if you sniff another creature’s ass as a means of introduction.  You can even see the violated look of unexpected horror on some dogs’ faces when they are suddenly subjected to such treatment without at least a bit of  preemptive decorum, as if even they can discern that this is a bizarre and arguably repulsive social ritual that they endure merely to humor the rest of their species.  Listen, I’m not judging or anything, but please don’t try to tell me how smart your dog is.  His replacement for a firm handshake and routine “Nice to meet ya!” is a deep-throated sniff of another dog’s ball sack.  I have been fortunate to have had five amazing dogs in my lifetime, all of whom I loved as valued members of our family, but having looked deep into the eyes of each of them, I can tell you with utter assurance, they just aren’t that bright.

Now don’t go getting all upset with me about this plaintive declaration.  Just because I said that dogs aren’t that smart does not mean that I don’t think that they are wise.  Your dog is not going to be performing heart transplant surgery or writing an original thesis on the metaphysical implications of 21st century technological advancements anytime soon, but they do have a wisdom we often overlook.  Back in the early 1900’s, there was a horse named Clever Hans who was reported to be capable of doing simple arithmetic calculations only to discover that the horse was actually carefully observing subtle cues in the seemingly indistinct behaviors of his human handlers, who themselves were genuinely unaware of how the horse had gotten the correct answers.  When the people who had paid good money to see the horse that could do math found out how the horse had done it, they were angry and demanded their money back, but instead they should have been doubly amazed at the feat they had, in fact, witnessed.  The horse might not have been able to add numbers together, but it could do something even more remarkable which they could not: He could discern minute patterns of human behavior and use them to get treats.  Now who says Clever Hans wasn’t so clever, after all?

Likewise, your dog may not be able to accurately decipher a damn thing you say (easily provable by saying absolutely anything to him with baby talk in order to get his tail wagging), but they do have an insight into life most of us are missing.  There are many aspects to a dog’s life that make it much better being them.  Examples?  Let’s start with the easy ones.  First, who would not mind being able to lick themselves in public?  And with dogs, there is no 5 second rule; all bets are off, and you take it as you found it with unbridled joy.  As a general rule, dogs accept things as they are, not as they would have them be, a lesson we could all be reminded of from time to time.

Moreover, have you ever taken something from a dog, only to return it a few minutes later?  The wonderment on your dog’s face is fantastic.  Dogs don’t hold onto grudges or resentment because they cannot remember them.  They can barely remember what they did five minutes ago.  And trust me, that perspective is far more often a blessing than a curse.

But the most important thing we could learn from the beloved canine members of our families is the lesson of unconditional love.  No matter what you said before you left, no matter how horrible your day has been, no matter what kind of mood you are in when you walk back through the door, your dog is there to greet you with an affable smile and a fervent scamper that lets you know just how much you have been missed.  And all of this given without expectation, without the implied contract of reciprocity we are so accustomed to in our human interactions.  Who do you love like that?  Who do you love so much such that you would continue loving them just the same even if they did not love you back?

Yes, we could sure learn a thing or two from our dogs, alright.  But not the conventions of basic social mores.  We can leave the proprieties of greetings and farewells to the humans, thank you very much. 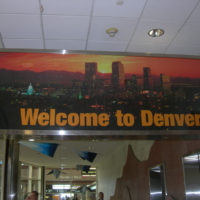