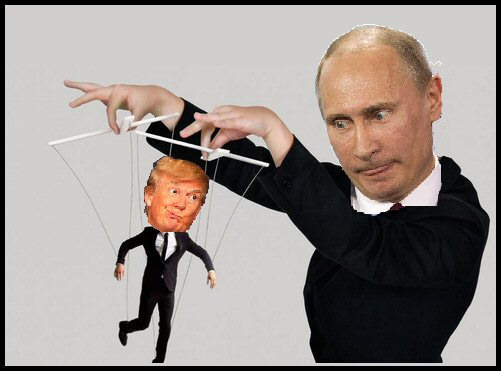 After my response to Trump’s victory in the 2016 presidential election, in which I went to great lengths to describe just how Trump had hoodwinked an unfortunate part of the electorate who would be most disadvantaged by the very policies he would inevitably enact, I promised myself I wasn’t going to write about politics again for awhile.  I simply could not stand continuing to watch and report on my prognostications all coming horrifyingly true.  Ok, truth be told, that’s really just what I promised my girlfriend.  She said she just couldn’t hear anymore about it, and I totally understood.  But that was all before FBI Director James Comey dropped a giant turd sandwich on the doorstep of the new administration.  For if Comey is in any way correct about Russia interfering in our presidential election, none of us can stand idly by as a foreign power attempts to steal from us the very essence of democracy that makes us who we are.

Yeah, what Comey knowingly asserted in his testimony Monday was just that serious.  Let’s start with what we know for sure.  Russia hacked into Hilary Clinton’s emails and illegally leaked them through Wikileaks with the deliberate intention of swaying the outcome of the election in Donald Trump’s direction.  Let’s hold off, for a moment, on any potential connection to the Trump administration itself, and put aside your political leanings and preconceptions for just a moment.  The following words, when spoken by the head of a major intelligence agency in reference to our former sparring partner in a decades long Cold War, should chill you to the bone regardless of your party affiliation, “They wanted to hurt our democracy.”  Make no mistake, what Comey told those of us who care to listen, told us in the ways intelligence people inform the rest of the world when they need us to know something to protect the whole damn ball of wax, is that we are under attack.

Russia learned years ago that stockpiling nuclear weapons at the cost of their own fiscal sustainability was an untenable proposition.  In the cyber age, the weapon is information, baby.  And they just pointed it straight at the temple of the long-established, fundamental underpinnings of our American democracy and pulled the trigger.  Think what Richard Nixon was attempting to do at the Watergate Hotel and now realize that this is what the Russians just did to the 2016 presidential election.  Did they rig voting booths or employ undocumented voters to alter the vote count?  They didn’t need to.  They could change the voting numbers on a much wider scale than that.

According to Comey in his testimony on Monday, “Putin hated Secretary Clinton so much that the flip side of that coin was that he had a clear preference for the person running against the person he hated so much.”  But even as late as September, Putin thought “Trump didn’t stand a chance” and so Russian officials conspired to change all that.  They illegally broke into Clinton’s emails and created the shadow of doubt that led just enough people in key states to change their vote to Trump or not vote at all.

Did it alter the results of the election?  Of course there is no tangible way to concretely and definitively determine the precise impact of Russia’s interference, but regardless of whom you voted for, weren’t you surprised on election night?  Wasn’t everyone- or at least everyone who hasn’t recently conveniently forgotten covert meetings they had with Russian officials in the weeks leading up to the election?  Well that, my friend, is the sound of common sense cracking you upside the head to let you know that of course this shit influenced the election. Now if these Trump ties to Russia lead investigators to conclude that there was even so much as knowledge of, let alone collusion with, this interference prior to the election, the crime for all involved can be nothing less than treason. Any such individual, be it Flynn, Manafort, Sessions or Trump himself, would have willingly allowed a foreign adversary to fundamentally corrupt our democratic process and put or national security in a deeply compromised position.  Yeah, where’s your “Lock Her Up” posters now, bitches?  Nothing Hilary ever got accused of even walks in the same ballpark as those types of crimes.

But again, let’s put that aside for a moment, and stay with what we already know for sure: our election was hacked and compromised by the Russians.  Even if investigators eventually find no evidence that anyone on the Trump team had any knowledge of or collaboration with Russian attempts to subvert the presidential election, a supposition that Representative Adam B. Schiff of California made seem highly implausible in his remarks to the rest of the Intelligence Committee, we cannot allow this to stand. I don’t care which party you belong to or who you voted for.  This should cross every line of political affiliation because this represents an attack on the very principles that we claim unite us as a nation.

If we believe what makes us unique is our representation in government based upon free elections, then goddammit we ought to have them.  And if some outside force has come in and corrupted that process, it should not matter whether we voted for the winner or loser; we should all stand up on our rooftops and demand that a government of the people, for the people and by the people also be a government actually elected by the people.  So let’s do it.  Let’s make America American again.