I want to focus my theme this week on an often-overlooked group: fathers. Mothers are, after all, the sexier role to play, in more ways than one. When professional football players score a touchdown and the camera finds them celebrating on the sidelines, whom do they thank? Mom. And when you need someone to comfort you after your boyfriend dumps you for the balding bass player of a Def Leppard cover band, whom do you turn to? Mom. And who ever heard of anyone getting “Dad” tattooed across their right bicep, right? So just where do we fit in? What role do we play in seeing our children reach maturity and beyond?

This was the genesis for a conversation I had recently with my brother-in-law. Andy is a giant hulk of a man who resembles something more akin to an oversized pit bull than Rodin’s thinker, but don’t let impressions fool you. Although his years working with a jackhammer in the hot sun of Maui has made him as broad at his shoulders as I am tall (OK this is probably not that impressive of a comparison) and he tends to scare little children who think that he is going to steal their ice cream and eat it or simply eat them and THEN their ice cream, Andy knows what it means to be a dad.

In the 6+ years I have known Andy, I have watched his son, Logan, grow into a thoughtful and caring 8-year-old. For the past week, Logan has borne with dignity and aplomb the role of big brother as my 3 year-old, Tobias, bosses him around and tells him to “Be quiet, Logan” when the poor kid hasn’t spoken a word for nearly an hour. Moreover, I have watched as this enormous man has engulfed my 1-year old daughter and baby-talked her from fits of crying to joyous laughter or contented sleep.

Yes, he knows what it means to be a dad, alright. So when he came to me, as many parents with aspiring adolescents often do, soliciting my professional advice about how to handle his son as he moved toward his more turbulent middle-school years, I thought to myself, “What the heck can I teach him? What do I know that he doesn’t?”

That’s when I thought of a dinner I had with my own dad many years ago. We were at a quaint restaurant in Southern Vermont celebrating my master’s degree, when my dad toasted the man I had become. I blushed knowing that far more of the credit rested with the man raising the glass than the one whose name was on the diploma. I accepted his praise and then told him, “Dad, if I can be half the father to my children that you were to me, then I will consider myself a success.”

You see, my father had shaped and formed me by being a good and decent role model. Through his own behavior, he showed me how to treat others and to respect myself. He modeled how to strive for success and to confront the ills that would inevitably assail me.

So when Andy asked me this question, I simply said, “Even in your most difficult, frustrating moments, try to treat him calmly, fairly and with respect.” After all, the most significant thing we teach our children, and yet the thing we give the least conscious thought to how we teach it, is how to behave, especially when confronting frustrations and disappointments. If you scream and yell at your children, they will do the same, but if you model thoughtful, even-keeled reactions when dealing with their occasional miscreant behavior, they will extract a powerful lesson about how to handle their own emotional turmoil. That may be much harder than it sounds, but your children are the best evidence of the care and effort you put into your role as father.

Funny, but 20 years after that dinner with my father, I still hold myself to that same standard as a father and as a person. Thank you dad! 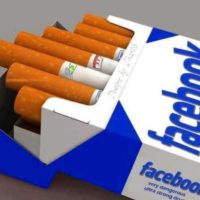 I Hate You Mark Zuckerberg 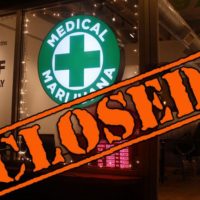