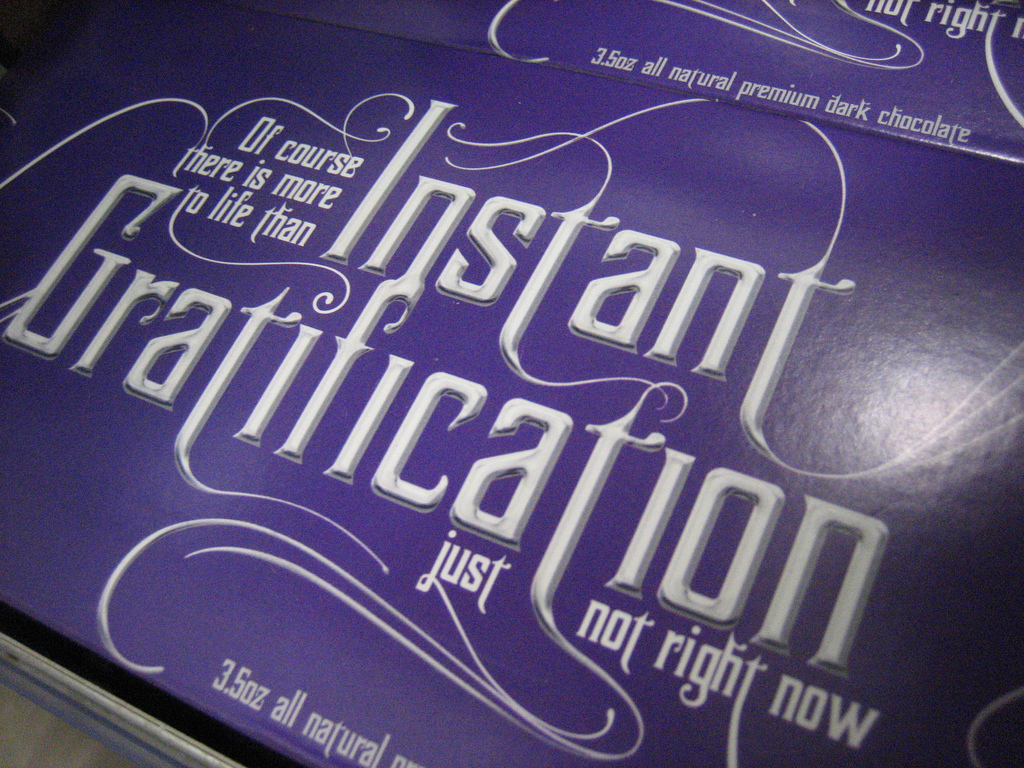 I am not a patient man.  I was reminded of this fact recently when I started to teach my daughter how to play guitar.  As I heard the distorted twangs that echoed from her instrument as she haphazardly attempted to strum a G chord, I was harkened back to my own early days of learning the instrument.  I actually picked up the instrument on a dare, a humorous side bet whereby my friend Geoff offered to teach me to play if only to prove that within one week he could make me a better guitar player than this guy Charles who lived down the hall from us and thought he was the second coming of Bob Dylan when he really sounded more like a cheesy lounge singer from the 1970’s.  Still, suffice it to say, my buddy Geoff lost that bet.

That’s because mastering an instrument does not come easily and requires two virtues that are hardly my strong suit: patience and perseverance.  For several weeks, my poor roommate had to endure the intolerable plucking that must have resembled a wailing hyena left for dead by the rest of the pack.  In fact, at one point, afraid that he might lose all musical appreciation from that point forward, he asked me to please practice only when he was not in the room.  Yeah, it got that bad.

And unfortunately for Kyle it didn’t get much better anytime soon.  Weeks and weeks went by, and I still sucked.  I would make some inspired but fruitless attempt to put together the chords for “Knockin’ on Heaven’s Door”, and I am fairly certain that Kyle just wished that he really was knockin’ on heaven’s door, or perhaps that I was.  But slowly but surely, I started to get it.  My fingers bent to create the necessary arch to form proper fretting, my muscle memory congealed to allow a smoother transition from one chord to another, and my strumming pattern allowed me to play to a consistent rhythm that did not resemble Steve Martin’s truncated finger snaps in the movie The Jerk.  Fish evolved lungs to breathe on land more quickly than the process I developed actual proficiency on the guitar, but somehow or another, I stuck it out, and the reward has been one of the most enriching experiences of my entire life.

Playing an instrument brings me immeasurable joy, and is an outlet for both the creative and emotional parts of my personality.  While I have since played a few times in front of large audiences (my favorite being when we formed a makeshift ensemble of fairly talented teachers, calling ourselves “Snow Daze”, and performed Journey’s “Don’t Stop Believin’” to a packed auditorium of screaming students), what I really enjoy is playing for a small group of friends or even just in the quiet solitude of my office after the kids have all gone off to bed.  Sometimes I’ll bust out a John Mayer tune, and my daughter will sing along, as she has somehow come to know the words to pretty much every one of his songs.  When Christmas comes, we will gather the family round the fire, and I’ll play holiday tunes in a scene vaguely reminiscent of a Von Trapp family Christmas.  But nothing beats Summer nights out on the deck as I croon for the girlfriend who at least pretends to enjoy my playing.

I’ve even written a few songs of my own, and the process is imminently fulfilling.  It combines my love of music with my love of words and results in a poem set to music, an art form that transcends the language of the page.  It sometimes feels like a direct translation of the soul, a transparency I struggle to achieve when I write.  And yet somehow, all of this almost never came to be for me.

As I said before, I am not a patient man, and during those long days of practice without seeming reward, when even dogs left the room to avoid hearing me play, I thought often of just giving up, putting down the guitar and walking away.  After all, back in those days, I had video games to play and beer that needed drinking.  But isn’t that exactly the problem with a culture that tends to favor instant gratification over the more fulfilling rewards that come with hard work and perseverance?  We lose ourselves to the pleasures and indulgences of the immediate moment while disregarding the long-lasting enjoyment of nurturing true passions that come only with real time and effort.