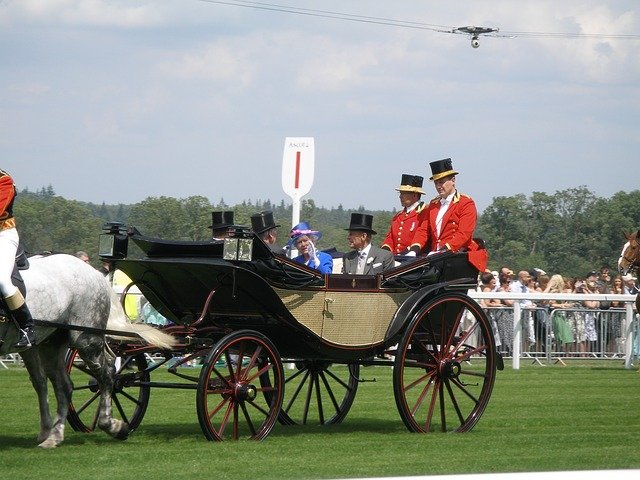 Am I the only person left on this great, big planet that simply doesn’t give a damn about the British Royal family?  Just why is it that I am supposed to care about a bunch of self-absorbed, incestual, narcissists anyway?  When the artist formerly known as Prince Harry and his wife Meghan Markel stepped away from his birthright in January of 2020 and forsook his noble privilege, I thought we were done hearing from these two, as they set off into the sunset of the public limelight and into a future of their own making.  Naively, I thought they would simply go about the business of being normal people not infatuated with their own self image and publicity.  But oh was I mistaken!  No, just over a year later, here they are sitting down for an exclsuive, all-access gossip sesh with Oprah, dishing out more salacious goodies than a roadside taco stand.  But just why are we paying attention?  After being ceaselessly bombarded by the national media for days now with the personal details and inner workings of the British monarchy, I can’t help but wonder in sheer befuddlement at our nation’s obsession with a family that doesn’t even wield political power in their own country, let alone ours.  In the end, the members of the British Royal family are just people, and not even particularly talented or interesting ones at that.

I will preface all of this with a confession that my disdain for the hero worship of the British Royals goes all the way back to the days of Princess Diana.  When she died in that fiery car crash in a Paris tunnel all those years ago, I was going to law school at George Washington University in the heart of Washington, D.C.  As I made my way to class that morning, I was asked by a local television reporter doing street interviews what my thoughts were on Diana’s passing.  My response was that I was just glad that no one else was hurt.  As I saw it, she and her partner Dodi Fayed had needlessly endangered the lives of countless others who might have happened to have been driving on the other side of that tunnel and caused the unfortunate death of their driver, all so that they could avoid having their picture taken by the paparazzi.  In other words, these self-involved assholes thought their desire to avoid being photographed outweighed the fundamental safety of  innocent, regular folks who they seemed perfectly fine throwing in harm’s way for their own benefit.  Needless to say, when those comments aired later that night, they were not well-received by my law school classmates, though to this day, I really don’t see why.

First of all, this fascination with the Royal Family perplexes me in its sheer contradiction of the core American values of equality and meritocracy.  These people are, after all, just human beings like you and me.  Upon their birth, they inherently ascended to an elevated position in society, but what exactly have they done to deserve this?  What have they accomplished since then to justify this exalted standing?  Despite their vast influence, wealth, and resources, I cannot think of a single life-changing initiative impelled by a member of the Royal Family.  Shouldn’t we reserve our breathless adoration for people who’ve actually done something to deserve it rather than some egotistical buffoons who believe that condescending themselves to occasionally coming out and waving at a few of the commoners is in and of itself an act of beneficence?  Since when did the United States fall prey to celebrating people based upon birthright rather than talent and accomplishment?  Ok, minus the Kardashians….

And don’t give me that poor Princess Di and Meghan Markel bullshit.  They both knew exactly what they were getting themselves into when they married into this ancestral circus sideshow.  Anyone who has ever stepped inside a grocery store and seen the unquenchable media coverage the Royals garner in supermarket tabloids knows that dealing with the paparazzi is simply part of the bargain.  Meghan Markel, in particular, was an actress before she met Harry.  She knew what media coverage meant for your personal life.  Suggesting now that she was somehow blithely unaware of what her marriage into the Royal Family would entail is like going to a Dead show and freaking out when you catch a faint whiff of weed lingering in the air.  No one is buying that nonsense.  No, Meghan Markel had to have seen the trials and tribulations of Princess Diana, but what she wanted was all of the pomp and circumstance of the monarchy without any of the negative side effects.  Yeah, sorry, sister- it just don’t work that way.  If you go around snorting cocaine at all-night racers, enjoy, but you better be prepared to accept the consequences of addiction and unstoppable nosebleeds.

Likewise, who can really be all that surprised by some inherent racism within the ranks of the Royal Family?  These people genuinely believe that they are genetically superior based upon their birth and family history.  By definition, they subscribe to the notion that some people are simply created better than others, so how can we be shocked that their belief in genetic superiority carries over into the subject of race.  I am not suggesting that their viewpoint isn’t both morally reprehensible and horribly misguided.  After all, even Stevie Wonder could tell you that Meghan Markel is doing nothing but enhancing the genetic make-up of this ragtag band of misshapen freaks.  All you have to do is take one quick glance at the decrepit teeth and pale white skin of the British monarchy and realize that a gap-toothed Ginger is the best looking amongst these inbred mongrels.  But should we really be all that surprised that they are also ironically racist?

And more importantly, should we even care?  Why do we need to give a damn about these people?  My Uncle Frederick is a racist too, but we all know to just ignore him.  Somehow, though, our preoccupation with the British aristocracy continues to place them on a pedestal that we just cant wait to push them off of.  Instead perhaps it would be wise to take a lesson from my Uncle Frederick and simply ignore them and strip from them the only token power they still seem to yield.