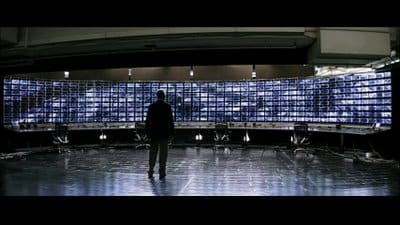 I really don’t like sitting in traffic.  Yes, I know that is true for just about everybody else on the planet as well, but seriously, I don’t like sitting in traffic.  Unfortunately, the drive I do frequently along the corridor of I-70 from my house in the mountains down to the Front Range communities of Metro Denver  is often packed with tourists.  On weekends in particular, what should be an hour drive at most often turns into something more akin to two or three times that duration.  In fact, we will frequently plan our travel around it.  In days of yore, and by that, I really mean just over a decade ago, before the advent of smartphones, I would just have to chance it- roll the dice and go for it, not knowing how much traffic I might encounter as I headed up or down the hill.  But nowadays, I can simply type my destination address into Google maps, allow it to access my current location, and Voila- it tells me precisely how long it will take me to get there, with a degree of accuracy that is unnervingly impeccable.  And that, my friends, is both bliss-inducing and terrifying at the exact same time.

I say bliss-inducing because this technology allows me to save countless hours stuck in traffic as I take my kids out to dinner and wait to travel until the congestion subsides.  But I also say terrifying because this technological delight is made possible by the collection of aggregate data on our cell photos, a subtle surveillance of our comings and goings that we tacitly accept.  We are being continuously tracked and monitored all through the endorsement of our blithe unawareness.

Trust me, despite the penetrating fear and discomfort of the previous paragraph, I am no conspiracy theorist.  I don’t believe that this tracking technology is being developed with Orwellian intent, as the government spies on us to control our thoughts and keep us in line.  To be honest, I just don’t think our government is that smart or efficient.  At this point in its evolution, tracking is largely in the hands of the corporations, and their motive is strictly capitalistic in nature.  Yes, they mine data to specifically target consumers and herd us into certain purchasing projections, but it has also been extracted to make our society more functional and effective.  Knowing and interpreting aggregate data on genuine human patterns of behavior and movement can inform us on how best to shape our resources and infrastructure to better meet those needs.  Google maps is just one such example of aggregate data being applied to further better civil engineering.

But this technology also has serious powers connected to basic privacy rights, and there have to be assurances that it its uses are limited and stay within the right hands.  At the end of The Dark Knight, Christian Bale’s Batman manipulates the sonar technology developed by Wayne Industries’s business manager Lucius Fox (Morgan Freeman) in order to be able to tap into and spy on every single cell phone in Gotham.  Batman just needs Lucius Fox to help him use it to be able to track down and stop the Joker who is ravaging the city and causing countless innocent deaths, but as Fox walks into the surveillance room, with its countless cameras lining the walls, he gasps audibly in horror.

“Beautiful, isn’t it?” Batman asks him.

“I need to find this man, Lucius,” Batman reassures him, convincing him of the utilitarian purpose of his request and telling Fox that only he has been given security access to use it.

But Fox isn’s so sure, “At what cost?….This is too much power for one person.”

Fox finally relents with the understanding that this will be the one and only time he is party to this overreach into the privacy of everyday citizens.  And for his part, Batman has designed the system to self-destruct once the mission has been accomplished and the Joker has been vanquished.  But how likely are today’s corporate executives going to be to do the same?

The line here is a fairly straightforward one.  It comes in the form of the collection of aggregate date versus the tracking of singular individuals.  This line, however, has already been blurred by trolling behavior, location, and search engine patterns of individuals for the purpose of targeted advertising.  And while that seems harmless enough, what happens if this capacity to track and monitor each and every citizen through their cell phones falls into the lap of a political party or individual candidate intent on using it to win elections?  What happens when certain state governments use it to surveil the whereabouts of pregnant women who travel to other states to have abortions then include it as evidence to prosecute them upon their return?  Sure, it’s all well and good when we as parents are drawing on it to trace our sometimes wayward teenagers, but what happens when someone comes along who wants to use it to track US?

The problem, of course, is that this genie is now out of the bottle and it isn’t getting shoved back in anytime soon.  What safeguards can we now retroactively put in place to assure that this technology isn’t used for questionable purposes?  How can we limit who has access to it and how should those people be selected?  Can we push to reassert principles of only aggregate versus individual tracking within the system that does the monitoring?  These are the questions we should be asking, because Google Maps director Jen Fitzpatrick might be a nice lady, but she’s no Batman, and her successor might be much less so.  And to quote Lucius Fox, “This is too much power for one person.” 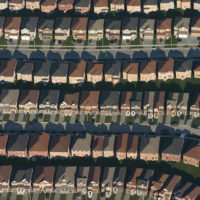